Diversity, led by dancer Ashley Banjo, 31, took to the stage for the first Britain’s Got Talent semi-final on September 5, 2020, where they incorporated the biggest headlines from the year so far into their performance. This included touching on the impact of coronavirus and the death of George Floyd at the hands of American police officials which led to the subsequent Black Lives Matter protests. Broadcasting watchdog Ofcom has received almost 22,000 complaints from viewers of the programme, making it the most controversial moment on television this year. Despite the backlash, ITV has now come out in defence of the routine. 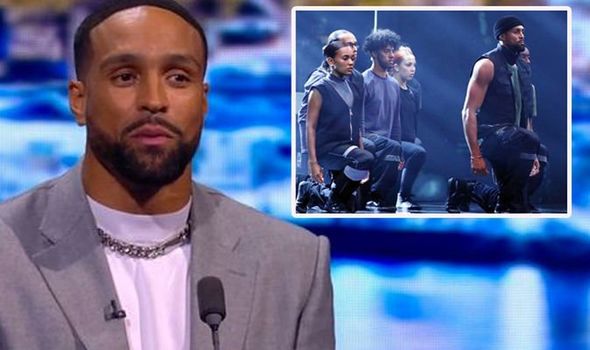 The likes of Piers Morgan, 55, have fiercely stood by the dance troupe on recent instalments of Good Morning Britain.

This even led to a debate on Tuesday’s edition of the show where the journalist said he’d seen “more violence” on an episode of EastEnders.

Following the controversy surrounding the performance which took place almost two weeks ago, an ITV spokesperson has clarified the network’s position on the matter.

“Britain’s Got Talent has always been an inclusive show, which showcases diversity and supports strong storytelling in all forms and ITV stands behind the decision to broadcast Diversity’s performance on BGT.

“Ashley and the group are a great example of the talent, creativity and diversity of modern Britain and their performance was an authentic, heartfelt response to many of the issues and events which have affected society in 2020,” they told The Mirror.