There’s a certain kind of medical hubris that runs through some fictional doctors. Whether driven by desperation or an overabundance of confidence, there comes a time when an unproven technology or serum or technique needs to be proven. And wouldn’t you know it: The only one brave (or delusional) enough to test it out is the person who came up with it in the first place.

That rubicon gets crossed awfully early in “Dr. Brain,” the newest Apple TV drama premiering this week. Lee Sun-kyun stars as Dr. Sewon Koh, a neurologist who’s been throwing himself into his life’s work, particularly after the latest in an ever-growing line of family tragedies. His chief invention? A machine that can transfer memories and consciousness from a dead brain to a living one.

Before long, the death of a man he’s never met and the arrival of some unusual confidants lead Sewon to take drastic action and use the machine on himself. His first time in this limbic dreamworld is a tease that “Dr. Brain” has managed to construct a novel device of its own. Fragments of ideas and one lyrically-composed piece of brutal violence hint at the idea that the concept of connected synapses might be a disorienting one. Add in the skin-crawling squelching sound of Sewon having to shove the conducting rod for the device straight into someone’s skull and you have the making of a genuinely unsettling psychological thriller/body horror combo. 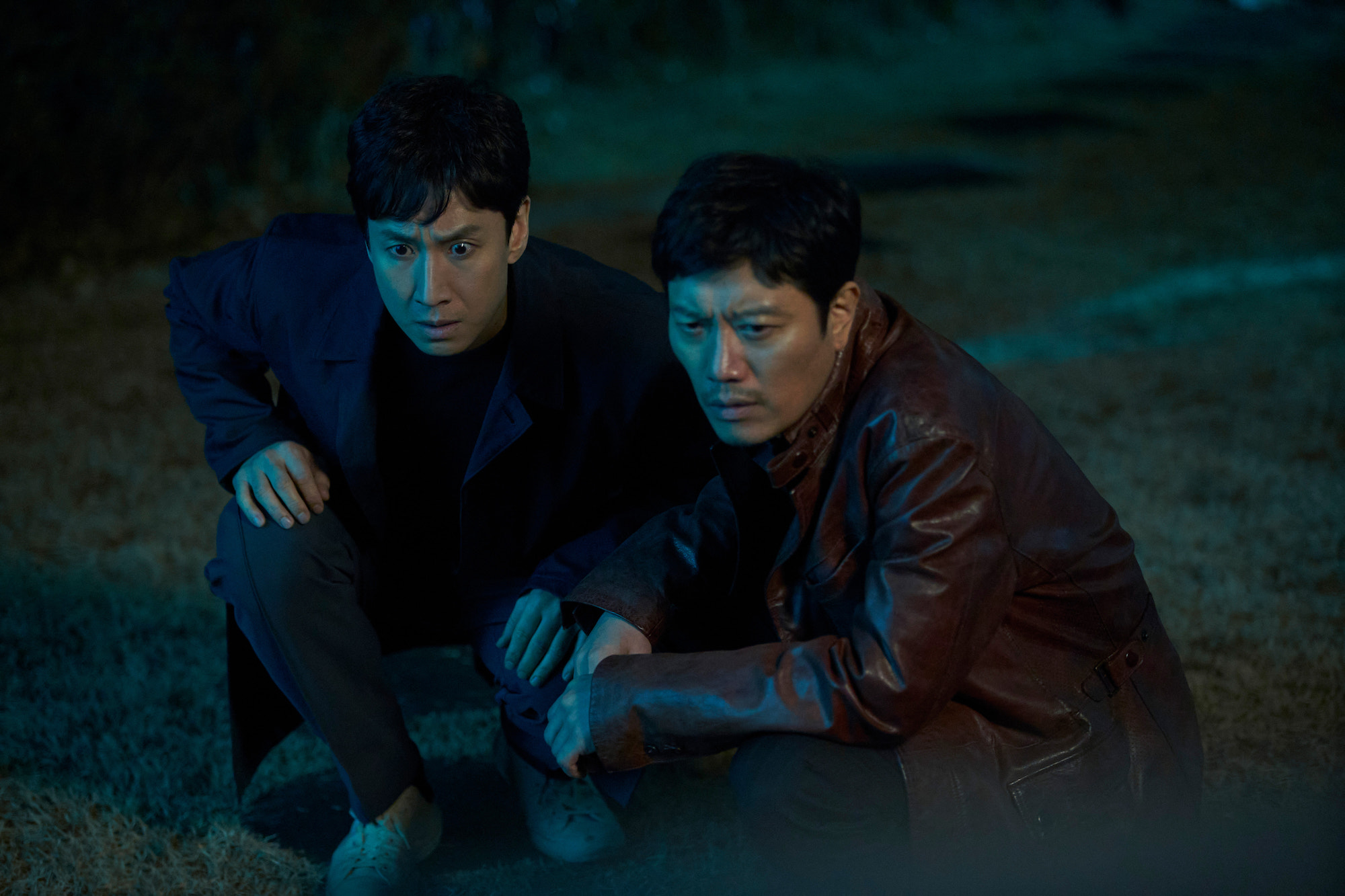 Aside from a few helpful diagrams on monitors and an early proof-of-concept trial with a pair of mice, “Dr. Brain” is a little short on how exactly Sewon’s machine works. Short of a graduate-level seminar in cognitive behavior, it’s left to series director and co-writer Kim Jee-woon to develop the visual ideas that help keep the audience focused amid a flurry of fleeting mental activity.

Only, that early inventiveness gets gradually pushed aside the longer that “Dr. Brain” goes into its six-episode season. Aside from brief sparks of genuinely disturbing ideas, much of the rest of the season plays out like a run-of-the-mill detective story with a slight tinge of the supernatural. It’s not all that surprising that Sewon’s first encounter with the machine is far from his last, as he — and presumably co-writers Kim Jin A and Koh YoungJae, working from an original story by Cho Jae-hong — see this ability to tap into the memories of the dead as a convenient way to lay out the path toward a bigger conspiracy.

What’s set up as a haunting series of side effects at the show’s outset grow to become minor impediments the more that Sewon relies on the machine as a measure of first resort. It’s a magical science gizmo that lets people absorb the thoughts of corpses, so it follows that there aren’t exactly rules governing how it should affect people. But rather than ever really digging into the chilling side effects of communing with the dead, Sewon’s machine is used mainly as a curio to help point the main detective on the case (Seo Ji-hye) in a slightly more fruitful direction.

Lee is a compelling leading man through all of this, doing what he can to sell Sewon’s dogged pursuit of the truth behind his family’s fate. It’s just a shame that the show around him avoids almost all but the necessary hurdles for him to find what he’s looking for. Kim wisely doesn’t opt for a simple first-person video game aesthetic when Sewon is plopped into other people’s minds. But aside from a handful of lighting changes and some blurred edges, there’s not much here that gets across any fresh conception of how it might look (and what it might mean) to enter the living memories of someone dead. Rendering these scenes as little more than plussed-up flashbacks, found without really having to try all that hard to sift through anything not directly helpful to the ongoing case, these don’t exactly get across the constant sense of danger that Sewon’s meant to be evading at every turn.

“Dr. Brain” jettisons the most intriguing parts of its own setup in favor of a missing persons mystery that ultimately lands where so many other rogue scientist stories lead. Ending up there would be fine if the series followed through on the early promises of seeing a man wrestle with his own sense of self. Seeing Sewon have to write down his own personality traits in order to avoid mixing them with those he’s synced with, it’s all the more disappointing to see “Dr. Brain” then shove that main idea aside, only to bring it back when it’s absolutely convenient to the case.

Without getting too far into the details, Sewon makes some other immediate, ill-advised leaps in who he uses as the target of these brain syncs. In one particular case, the lingering effects, which should easily take the show into exceedingly strange or transgressive or winking dark comedy territory, are another example of the show taking a simple, disappointing out. Instead, “Dr. Brain” is left with a mildly twisty detective mystery, marked by fits and spurts of blunted dream logic, a sprinkling of technobabble, and an attempt at retrofitting a family survival story. All three are decently competent in their final form, but this is a show that can’t escape the hints it makes at something far more imaginative.

The first episode of “Dr. Brain” is now available to stream on Apple TV+. New episodes will debut every Friday.