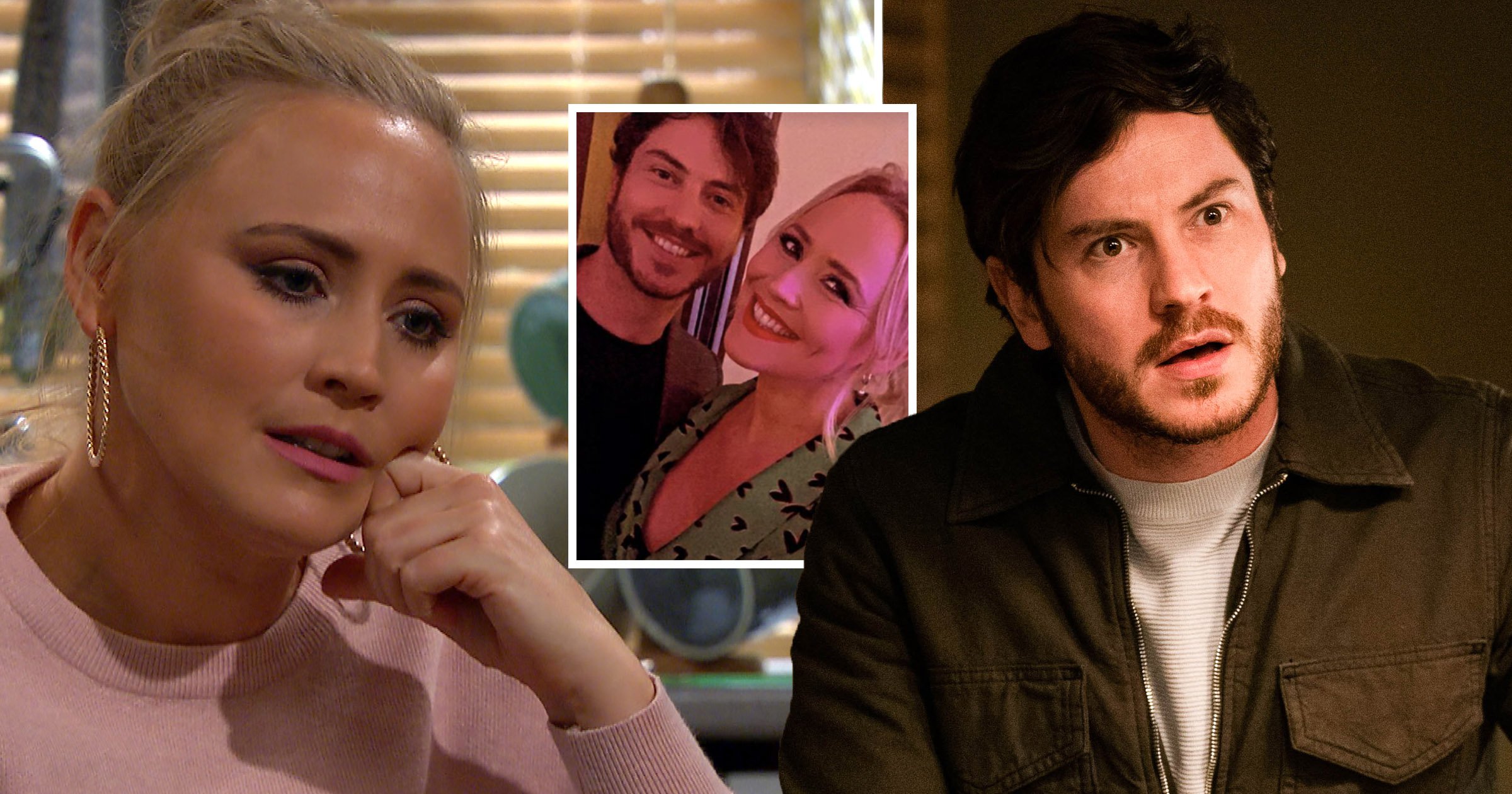 Emmerdale star Amy Walsh has shared the sweetest photo with her boyfriend, EastEnders star Toby-Alexander Smith after the pair confirmed their romance.

The couple dressed up to attend a wedding together, with the two of them smiling at the camera as Tracy Metcalfe actress Amy snapped a photo.

Toby, 31, who plays Gray Atkins in EastEnders, appeared to have an arm round his girlfriend, while Amy stunned in a gorgeous green dress.

Amy and Toby were first linked late last year, after keeping their relationship a secret.

A source told The Sun: ‘It’s early days but they really like each other.

‘They’re both very busy with packed work schedules at opposite ends of the country, but they try to spend as much time together as they can.’

They then confirmed their relationship publicly by posing together on the red carpet when they attended a performance of A Christmas Carol in London.

The couple have kept their relationship very low key, although Amy spoke out on Loose Women about the online hate that Toby receives, with viewers struggling to separate him from his evil character.

‘He’s been quite lucky but you do get a bit [of trolling]. It’s more online than anything else,’ the 34-year-old said.

‘But I just always say it’s because you’re so good, you’re doing a good job and that’s all that matters.

‘His storyline was such an important one to get people talking and raise awareness so as long as he’s doing that, his work here is done.’

Amy, who is Girls Aloud star Kimberly Walsh’s sister, was previously engaged to Bradley Jaden, although the pair split in April 2018.

The actress made her first appearance in Emmerdale in 2014.

Meanwhile, Toby has been playing Gray in EastEnders since 2019, with the star undertaking some incredibly dramatic storylines.