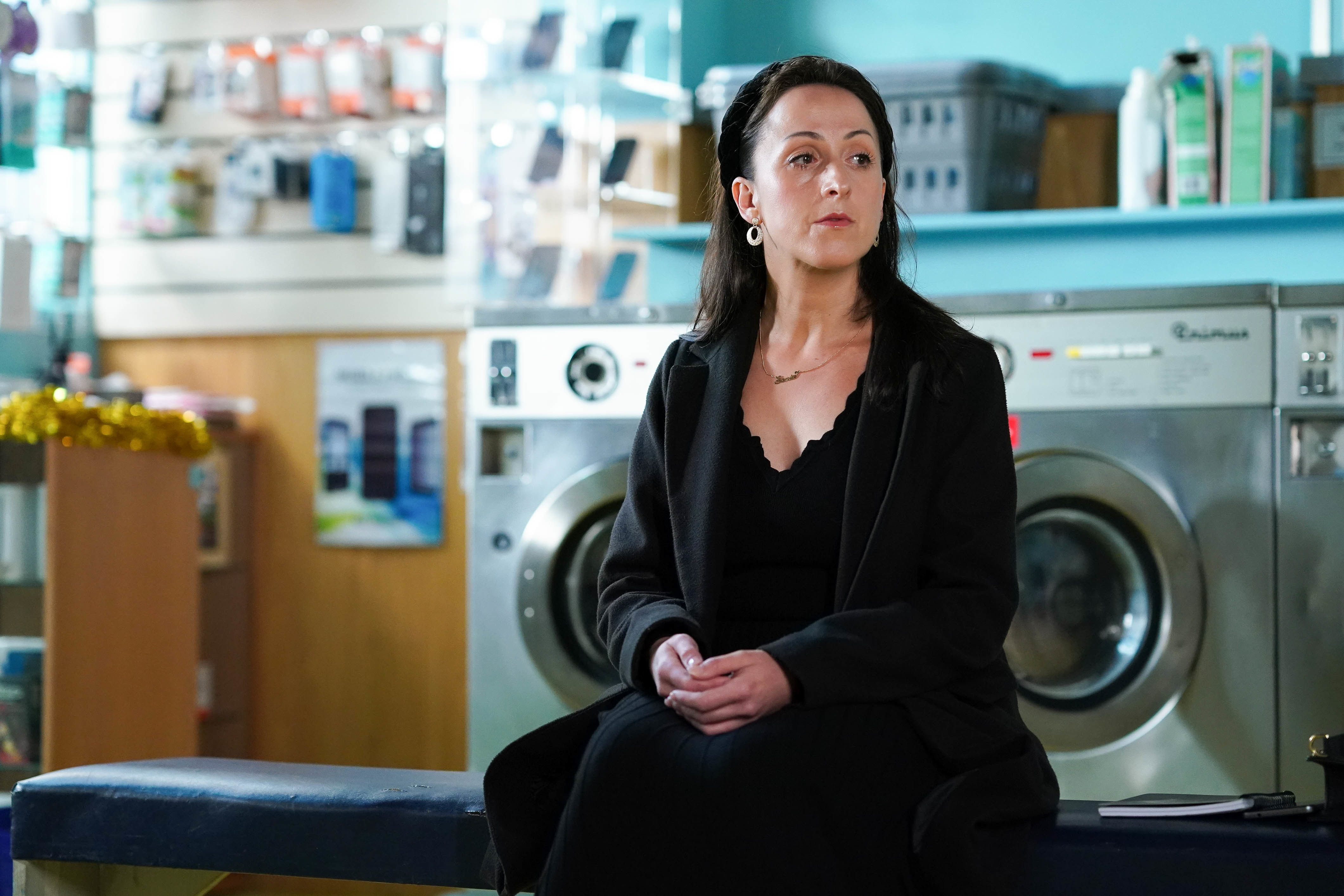 In a storyline that pays tribute to both Dot and June, Sonia and the Walford residents will say goodbye to the iconic character during Monday’s (December 12) edition of the BBC One soap.

On-location pictures have previously confirmed the return of eighties icons Colin Russell, Barry Clarke, Mary ‘The Punk’ Smith and Lofty Holloway, who will head back to Albert Square to say their goodbyes to their friend.

Disa, who Dot befriended and looked after during 1991, will also set foot back in Walford for the ceremony, as will Lauren Branning.

With Natalie Cassidy describing the episode as a ‘moment in television history’, Dot’s funeral looks set to be incredibly emotional.

‘I think she’d [June Brown] be absolutely thrilled by it’, Natalie also told us recently.

‘Absolutely bowled over. She was such a modest lady at times, and she didn’t ever want any fuss. She wanted truth. All June was ever interested in was truth. Watching it, and that was the first time I watched it, I think that was truthful.’

‘I see it as something that you have to sit down and watch. I think everyone should sit with a small glass of sherry. It’s an occasion, we miss occasions and, in these times, I don’t think we can have many occasions. I think this is absolutely needed for June’s send-off, Dot’s send-off, to sit down with your family and say: “This is a piece of television that’s very, very special”’.

‘I think that’s what we were going for’, EastEnders boss, Chris Clenshaw added.

‘We wanted to do something that June would respect and that people would also relate to. We’ve all lost people in our lives and the story that Sonia goes through in that episode, is a very simple but relatable story of not knowing how to put her feelings down on paper and then to a congregation. It’s something that I hope people can relate to.’

Reflecting on the legacy of Dot, he said: ‘The word iconic is often thrown around but I think what June created in Dot was the definition of iconic. June appeared in 2284 episodes of EastEnders, I think it’s kind of impossible to sum up Dot in just a few words. She arrived in Albert Square soon after the show launched, gossiping, chain smoking, Christian friend of Ethel Skinner, worked for Pauline Fowler in the launderette, she had difficulties with her husband Charlie and her son Nick.

‘What happened over the next 35 years was Dot becoming the beating heart of Albert Square, always there to give her opinion, always there to give advice, always there to open her home to anyone who wanted it, and even those who didn’t. June’s performance as Dot could make you laugh, cry or just sit in awe as you watched her. She is still the only actor in soap to do one episode entirely on her own.

‘She really was one of a kind, a unique, glorious woman that left a lasting impression on everyone she met.’