EastEnders LEAK: Sharon Mitchell left dead in a drastic bid to save Denny?

US viewers have taken to Reddit to leak spoilers after Britbox released last night’s episode of EastEnders a day early. With the 35th anniversary of the BBC show fast approaching, fans have spotted a clue suggesting Sharon Mitchell (played by Letitia Dean) will be the character who dies in the boat tragedy.

Fans watched over Christmas as Denny Rickman (Bleu Landau) was forced to choose between the Mitchells and his mum when it was revealed Sharon had been having a sordid affair with Keanu Taylor (Danny Walters).

After being kicked out onto the street by Phil Mitchell (Steve McFadden), a heavily pregnant Sharon looked to her son for support, but was left heartbroken when he chose to stick with the Mitchell family.

Since then Sharon has been doing everything she can to get her son back on side and last night saw her presenting him with West Ham tickets. 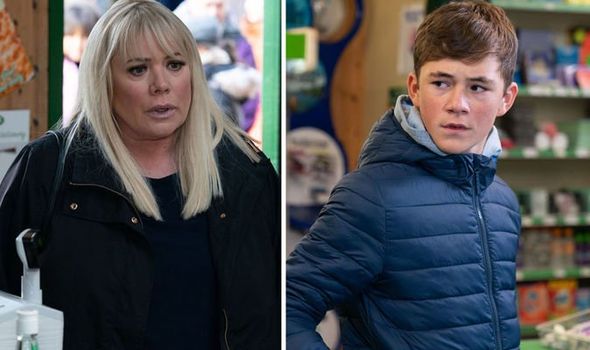 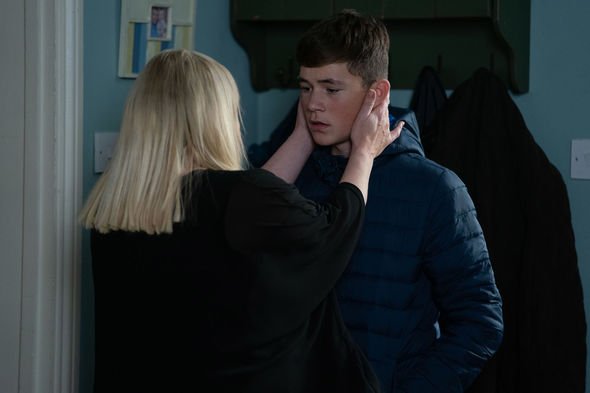 Some fans however already knew what was going to happen after the streaming service reportedly Britbox leaked the episode a day early.

Taking to Reddit, one soap fan said: “EastEnders episode 21 already on Britbox in the US? It states the air date was today, but episodes usually don’t show up until 4pm EST. Did two episodes air last night in the UK?

They went on: “Without giving too much away, Sharon gives football tickets to Denny.”

Another user seemingly confirmed the error, writing: “It seems to be there already! No spoilers please. I can’t watch until later. Odd. Has it even aired in the UK yet?” 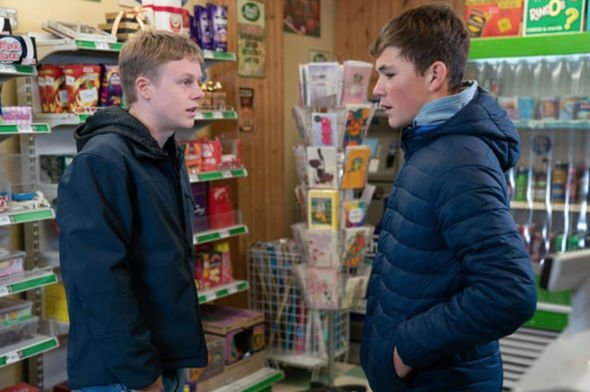 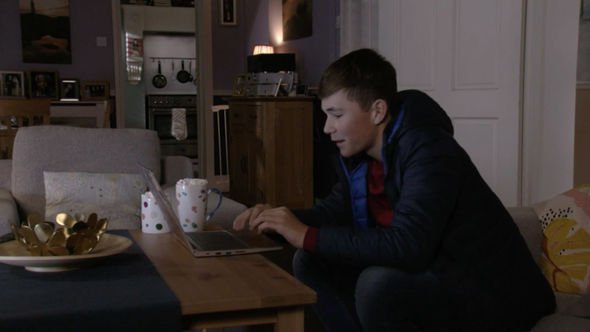 The same user continued: “Wow, for the first time in 35 years I can post spoilers for the UK viewers. Not that I would, but I sure could! Very odd. I’m interested to see if we start getting them first here now.”

As viewers know, the 35th anniversary of EastEnders is coming up at the end of this month, and it has been confirmed one character will die – could it be Sharon?

Sharon was recently forced to move in with Ian Beale (Adam Woodyatt), but Bobby Beale (Clay Milner Russell) has been meddling in Sharon and Denny’s relationship.

Tensions are at boiling point for the young men, and on Monday, Denny dumped a drink over Bobby after the killer pushed him too far with his teasing.

But this isn’t the last viewers will hear from the Bobby/Denny ordeal, in upcoming scenes, Sharon could be forced to step in putting herself and her baby in danger.

Bobby might have been working hard to improve himself after murdering Lucy Beale (Hetti Bywater), but Denny is pushing him back into old ways.

Last night viewers watched Denny getting closer to Sharon in order to mess with Bobby, and when the Beale boy left to go out, Denny went on his laptop.

Sharon was also seen hugging Bobby, which would only fuel the rivalry between the two. Could Denny take deadly action and leave his own mother for dead?

Elsewhere on the square, Linda Carter (Kellie Bright) is failing to get a hold of her drinking addiction, but now she’s getting physical with those closest to her and leaving Ollie in danger.

The pub landlady lashed out at Chantelle Atkins (Jessica Plummer), slapping her in the face after she confronted Linda over who was allowed to pick Ollie up after school.

Could Linda be the one to find herself in danger when she celebrates the Queen Vic’s Best Pub award on the tragic boat trip?