Tonight saw Dotty Cotton (played by Molly Conlin) discover how her dad Nick Cotton (John Altman) really died, leaving her looking for revenge. An encounter with Bex Fowler (Jasmine Armfield) made fans think Dotty could be ready to get rid of Dot (June Brown) for good to avenge her father and get her grandma’s money.

Fans recently saw Dot’s bank account was hacked, with someone stealing £5,000 of her money.

Sonia Fowler (Natalie Cassidy) was responsible as it was later revealed she needed money to blackmail the man Martin Fowler (James Bye) hit with his car before Christmas.

This week however, Martin realised what Sonia had done and decided to take responsibility for the missing money.

Dot quickly left to go to Ireland after the betrayal and she put the responsibility of getting the money back in the hands of Sonia but this has put her in a vulnerable position. 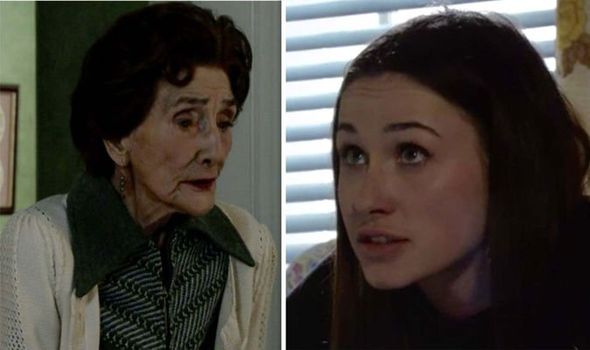 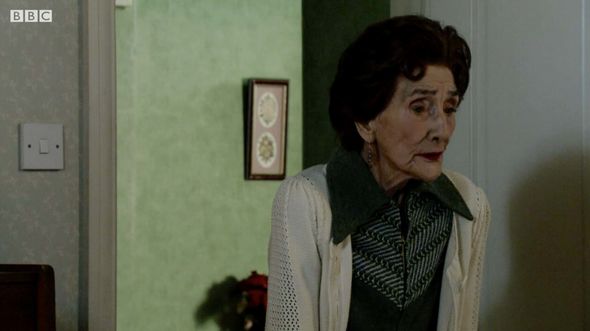 Tonight saw Dotty realise Dot was responsible for the death of her dad in 2015.

Dotty threatened to go to Ireland and confront Dot but Sonia told her to stay so she could explain it all.

Nick was never a good boy and when he returned to Albert Square in 2014, Dot knew she had lost her son.

Dot refused to let her son go it alone but when she realised he was acting out due to severe drug addiction she decided to help. 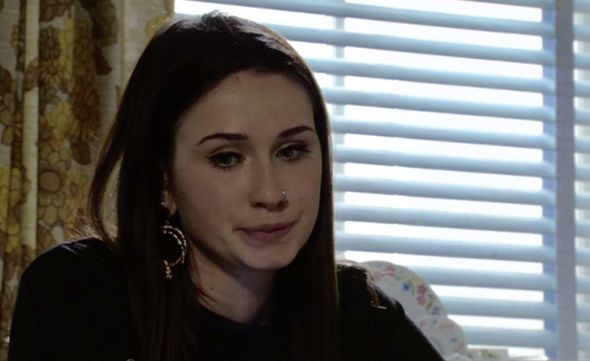 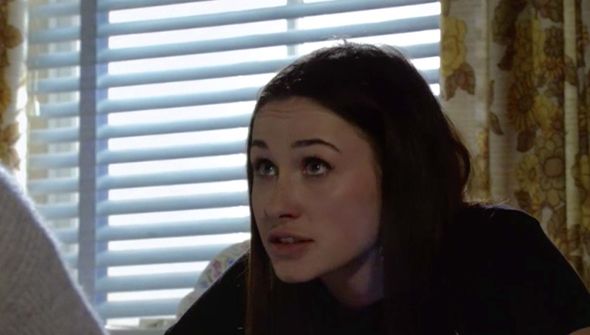 Dot sourced heroin for her son but when he overdosed she did nothing to help him, leaving him to die.

Sonia said to Dotty: “Maybe one day, you will be able to see what she did, she did out of love.”

Dotty explained: “I did see the darkness in him. Not at the time because you don’t do you when you’re in it. But later he was nasty and mean, but he could also be funny and kind at least to me.”

Sonia chipped in: “That’s because he loved you.”

Dotty continued: “He was sick and I know she thought she was helping him but I hate what she did and nothing is going to change that. Were you just going to call her?”

“I think it’s only right for her to know what to expect when she comes home,” Sonia replied.

Dotty interrupted: “Ok yeah but if you thought I was going to kick off then I’m not.

“I think you were right, she loved him a lot and she thought she was doing the best thing for him even if she wasn’t.”

“I lost my dad, I can’t lose her too,” she continued as Sonia kissed her on the head and walked out to talk to Dot.

However, it seems this emotional speech didn’t have as much love behind it which was revealed when Bex walked in.

She said: “That was impressive what you said, to forgive Grandma like that.”

“Forgive her?” Dotty spat. “No one tells the truth in this house do they?

“Grandma is very rich and very old and she’s gonna die soon and when she does I intend to get my fair share, how’s that for forgiveness?”

Will Dotty do the same to Dot as Dot did to her dad or will she bottle it at the last minute?

EastEnders continues on BBC One on Monday at 8pm.