EastEnders resident Mick Carter (played by Danny Dyer) has finally started to face his demons after he realised he had been sexually assaulted by Katy Lewis (Simone Lahbib) when he was just 12-years-old, which resulted in a daughter, Frankie Lewis (Rose Ayling-Ellis). With his mum Shirley Carter (Linda Henry) now fully aware of the situation, Katy’s comeuppance appears imminent but with Frankie caught in the middle of the situation, Mick will be left devastated when his newfound daughter departs for Australia.

There has been much drama in the Carter family in recent weeks.

There will only be more to come next week as the clan remain concerned over Tina’s whereabouts.

Trying to brighten spirits, Linda suggests the family get together for Mick’s birthday. 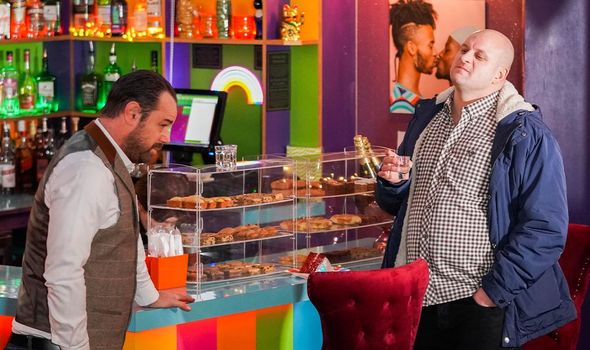 However, Mick’s doubts about Tina’s safety only grow due to the fact his sister has never forgotten his birthday.

Mick will take a call from Tina’s daughter Zsa Zsa (Emer Kenny) who also hasn’t heard from her mum.

Later on, Stuart (Ricky Champ) makes the suggestion to Linda he will organise his birthday party, much to her dismay.

After getting herself caught in yet another altercation, Frankie is dropped home by the police once more. 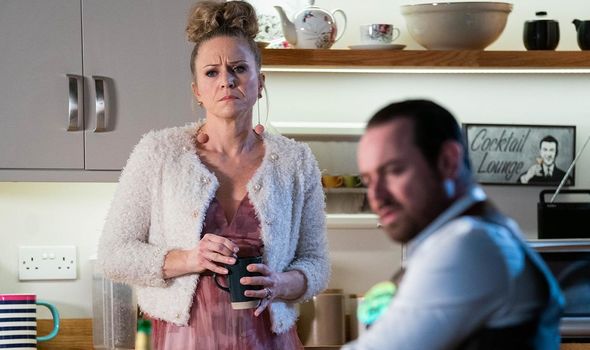 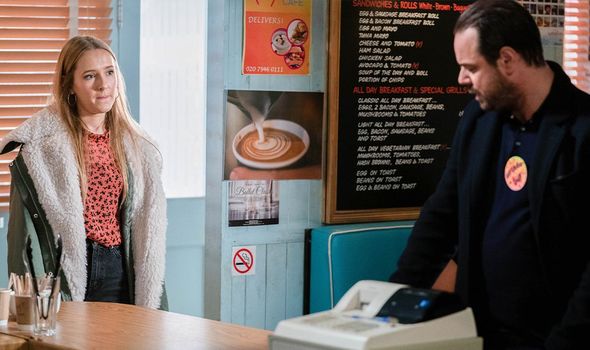 With the prospect of going to work in Katy’s friend’s bar in Australia still an option, Callum (Tony Clay) reminds her she needs to stay out of trouble.

Their discussion is interrupted by Stuart, who invites them along to Mick’s birthday bash.

It becomes clear Stuart is yet unaware of Frankie’s link to Mick and she later pushes him for more information.

She realises Mick has no idea she has been invited and feels deflated.

Mick and Frankie run-in in the Square where she pushes him for more answers about her mum.

However, with Mick’s mind elsewhere, he snaps at his daughter and leaves her wondering if Walford is really the place for her.

When it comes to Mick’s birthday, Frankie wishes him a good day through her hangover.

But she drops a new bombshell on her father and tells Mick she is leaving.

Later, Mick asks Ben about where Frankie is going and Ben delivers him some crushing news.

Ben (Max Bowden) tells him she has already left for Australia which leaves Mick is thrown.

Will Mick manage to convince his daughter to return so he can finally start building up his life again, or will it be too late?

EastEnders airs Mondays and Fridays at 8pm and Tuesdays and Thursdays at 7:30pm on BBC One.