EastEnders spoilers: Jack Branning heartbroken as he splits from Denise in tragic twist?

Zoe Ball was joined by some of the EastEnders cast yesterday morning on BBC Radio 2 to talk about all the backstage gossip in the hopes of finding out who will exit the soap next week. The radio host was joined by Max Bowden, Kellie Bright, Diane Parish, Natalie Cassidy and Tony Clay. In the chat, it was hinted Jack Branning (played by Scott Maslen) and Denise Fox’s relationship could be on the rocks over the next couple of weeks?

Next week will be the start of a full week of drama when Linda Carter (Kellie Bright) and Mick Carter (Danny Dyer) win Best Pub.

The residents of Albert Square will all join the Carters on a boat party, which will leave one character dead.

As viewers know, Mick and Linda have been struggling recently as the landlady has failed to get a grip on her alcohol addiction.

But, the Queen Vic owners might not be the only couple facing hardships on the 35th anniversary of the soap. 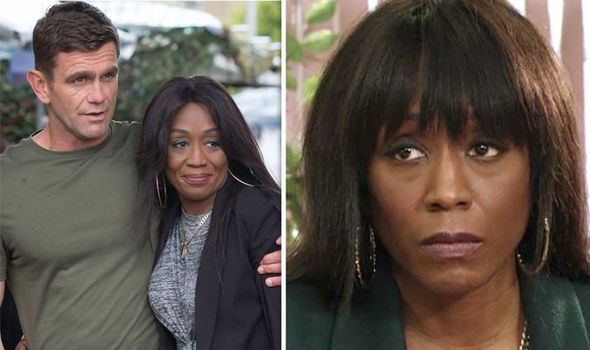 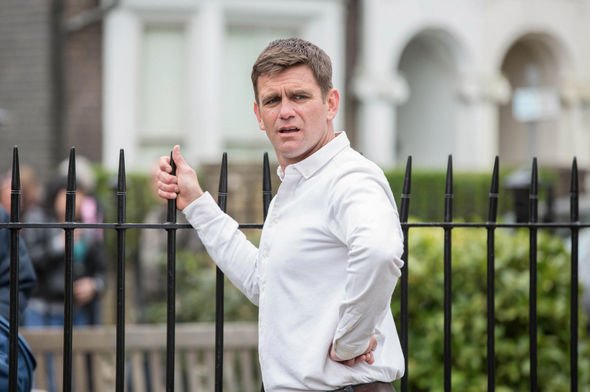 Speaking on Zoe’s breakfast show, Denise actor Diana hinted there could be trouble in paradise for the couple.

“Let’s talk a little bit about Denise at the moment,” Zoe began. “Can I just say Rudolph Walker at Christmas on Strictly, how amazing was he?

“He plays your dad, your dear dad. How are things going with Denise and Jack? I like those two together. So what about the future? Do you know?” 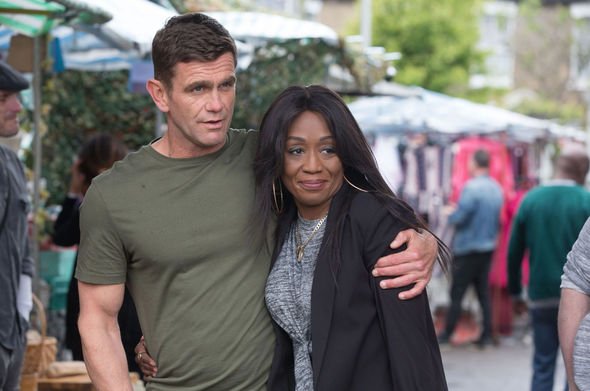 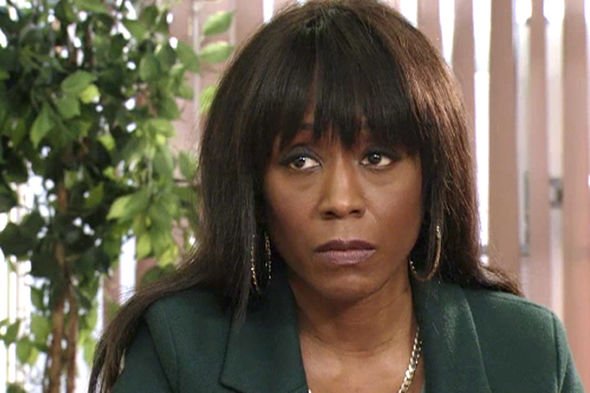 “All the romance and all the drama and they’re that sort of settled couple.

“You know, I’m 50, she’s fifty, Jack’s getting there and they’ve just decided you know to pull their resources and be a couple together.

“They do love each other and of course they have intimate times but they are just one of those couples that just like each other’s time and they just work and somehow weirdly they click.”

But EastEnders writers aren’t keen on giving the characters a happy ever after, so will this happiness last?

Elsewhere on the Square, Keanu Taylor (Danny Walters) has returned to the square after the Mitchell boys put a hit out on him over Christmas.

He currently has Callum Highway (Tony Clay) tied up in a warehouse as Ben Mitchell (Max Bowden) finds him the money he needs to run away with Sharon Mitchell (Letitia Dean).

With the tragic boat trip on the horizon, will Phil be making a return to finish the job once and for all?

As viewers know, Keanu and Sharon’s affair was exposed at Christmas causing an explosion on the Square.

But Keanu wants to leave with the mother of his child immediately, will they be able to make it out in time, or will the Mitchell boys catch them before they escape?

Tonight will see Ben panicking as he struggles to find the money Keanu has demanded.

But with the boat trip imminent, who will be the character that meets a bitter end?

EastEnders continues on BBC One tonight at 8pm.

END_OF_DOCUMENT_TOKEN_TO_BE_REPLACED

END_OF_DOCUMENT_TOKEN_TO_BE_REPLACED
We and our partners use cookies on this site to improve our service, perform analytics, personalize advertising, measure advertising performance, and remember website preferences.Ok