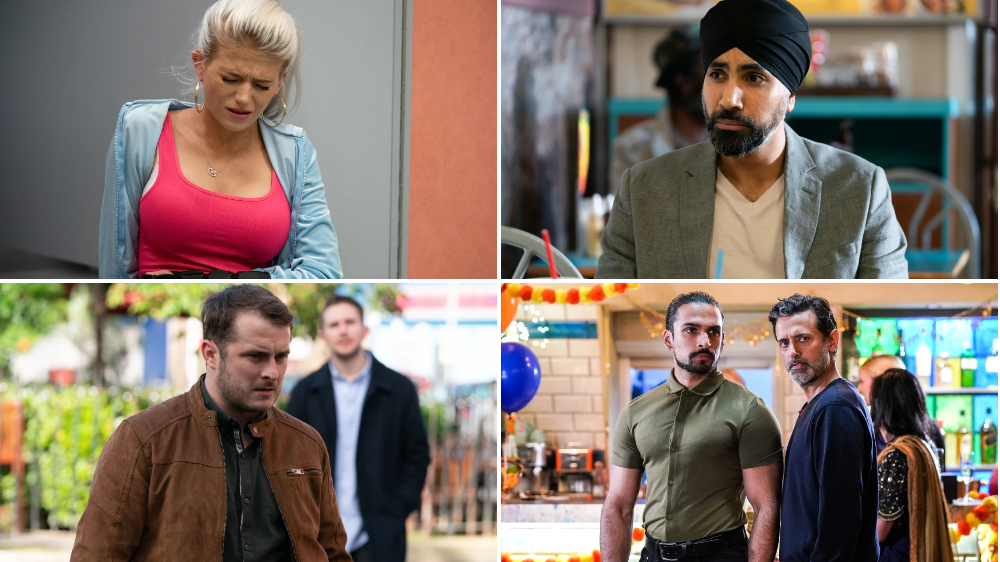 EastEnders is laying the groundwork for the year’s most heartbreaking storyline as Lola Pearce (Danielle Harold) suffers a sudden collapse.

As she is rushed to hospital, there is bad news to follow – and, along with her loved ones, she will face the biggest challenge of her life.

Elsewhere, as missing Ranveer is a thorn in Ravi’s (Aaron Thiara) side, he soon has other matters when, after making a pass at Stacey (Lacey Turner), he gets into a fight with Kheerat (Jaz Deol)

Panic strikes when Lexi’s dress rips as Lola is helping her get ready for the pageant, and they rush over to Chelsea’s where Felix offers to help. Later Lola invites Callum to watch Lexi perform but he declines, believing it’s best to keep his distance following an awkward run in with Ben.

With Lola’s dress fixed, she corners Callum and manages to encourage him to change his mind about attending. At the pageant, Ben is about to share some bad news with Callum when they are interrupted by Jay. Before Lexi’s performance gets underway in the bathroom Lola has another dizzy spell and collapses due to a seizure.

In the café Nish announces to Ash, Kheerat and Vinny that the family are coming to Walford East for Diwali. Ash leaves abruptly for the surgery upon hearing that Nina is going to the police station which makes Ravi nervous. Later in Walford East, Ravi is  interrupted by two police officers who are investigating Ranveer’s whereabouts.

Kheerat questions Ravi and grows suspicious when Ravi tells him that Nina reported Ranveer missing. Ravi later confronts Nina about going to the police but she reminds him that it’s part of the plan. Kheerat offers to help Stacey by bringing Lily out with Nugget for a milkshake.

Lily first believes Kheerat is setting them up and goes to leave, soon realising that Kheerat wanted to speak to Nugget himself.

Finlay and Felix move into Chelsea’s home and Karen can see that Mitch will miss them.

Rocky can see that Harvey still isn’t over Dana leaving and is encouraged by Kathy to think of something special that will help him get over it.

Jay and Ben find Lola on the floor and call an ambulance. As they wait for news on Lola, Ben tells Callum is news. After the doctors complete a CT scan in the hospital, they inform Jay and Lola that they have found a tumour that may be cancerous.

Whitney gets a shock when she returns home to find Finlay and Felix there. She confronts Chelsea in The Vic about not telling her but gives them a chance to stay. Later she flirts with Finlay.

Elsewhere in Peggy’s, Rocky and Zack encourage an awkward Harvey to chat to a few ladies. However Harvey overhears Dotty badmouthing him which knocks his confidence.

Stacey can see that Lily is upset and grows angry when she learns that Kheerat lied about Nugget having feelings for her.

The Panesars are impressed with Ravi’s Diwali display in Walford East, but Kheerat breaks the mood when he tells them all that Ranveer is missing. Kheerat doesn’t buy into Ravi’s attempt to downplay talking to the police and confronts him about it. As they argue, Nish interrupts but Kheerat tells Nish that he doesn’t trust him.

Later in the pub, Nina and Ravi watch on as Stacey throws a drink over Kheerat for lying to Lil.

Stacey tells Eve about her argument with Kheerat as well as Nish’s return, prompting to visit the call centre in search of him. Kheerat angrily follows her home and they argue about Suki before Stacey interrupts.

In the café, Nish tells Later in The Vic, Kheerat is annoyed when he realises Ravi is meeting Stacey for a business meeting and soon leaves. Ravi helps Stacey bring a drunk Eve home, where they both open a bottle of wine. He soon tries to kiss her.

Dotty tries to apologise to Harvey but he ignores her, and when his wallet goes missing he believes she is responsible. He later confronts her in front of Rocky and Kathy but she denies it.

Elsewhere, Felix organises a housewarming dinner and is pleased the situation improves between Whitney and Finlay when they implement some house rules. 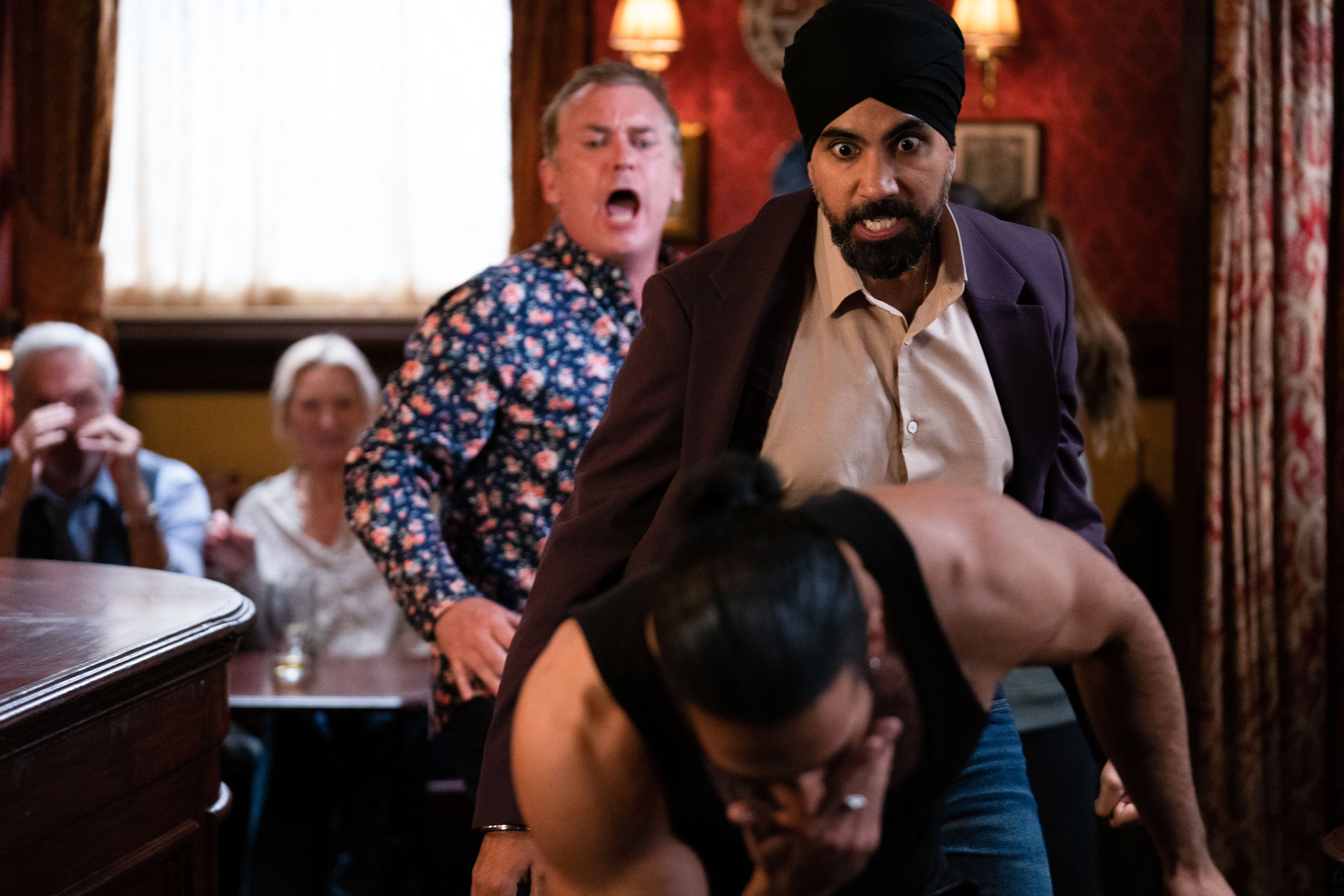 Eve leaves Suki a voicemail but is cut off when her phone is accidentally damaged. Jean takes the phone to Vinny for repairing and is left bemused at the sight of a message asking Eve to meet someone at the airport. Kheerat apologises to Stacey and Eve.

Eve later comes clean to Kheerat about the fact that Ranveer tried to sexually assault Suki and he has a realisation about the night of Ranveer’s disappearance.

Believing Eve told Kheerat that Ravi tried to kiss her, Stacey broaches the subject with him. Fuming, Kheerat heads to The Vic and goes for Ravi.

Ravi and Kheerat fight has moved outside.

Harvey goes to the police to report Dotty for stealing his wallet. Needing assistance with his clothing Finlay heads to the laundrette with his brother.