EastEnders: Ruby tells Kush to ‘concentrate on your problems’

Tensions were boiling over in EastEnders over Christmas when Martin Fowler (played by James Bye) missed out Ruby Allen’s (Louisa Lytton) Christmas dinner surprise as he spent a large portion of the with the Slaters and his kids. Wanting to make sure she got more time with Martin, Ruby suggested they have a baby of their own but her husband wasn’t so keen. Believing Martin would be more interested in having another baby if Arthur was out of the way, she paid Kush Kazemi (Davood Ghadami) to leave Walford with the tot.

However, in recent episodes, Ruby has watched on as both Martin and his ex Stacey (Lacey Turner) have been left panicked Arthur was in danger.

While Arthur is not Martin’s biological son, he is still incredibly close to the child and was devastated to learn he’d gone missing.

Ruby realised her plan wasn’t going as she hoped so she stopped sending Kush and the market trader rocked up on her doorstep last night.

While the club owner initially refused to let him stay with her, Kush warned her he would have no problem revealing all to Martin about her sinister plan. 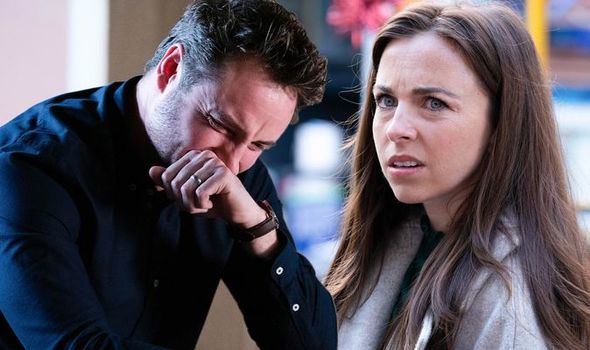 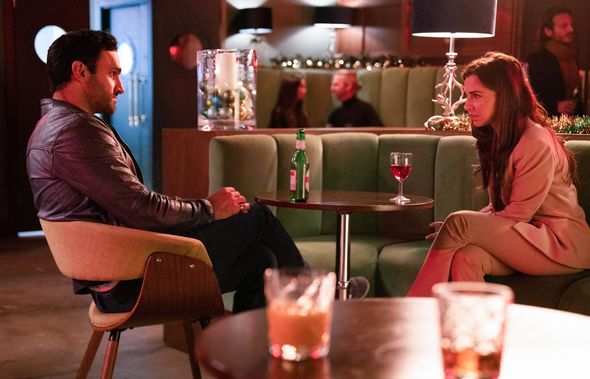 Ruby relented but Martin was furious to find Kush staying with him and refused to listen to his wife and forgive him for running off.

However, when Stacey urged Martin to reconsider and be a friend to Kush, he listened and changed his mind.

Furious Martin listened to his ex instead of her, Ruby dropped the bombshell she is expecting his child.

In upcoming scenes, Martin begins to have doubts about his marriage, worrying he will only be with Ruby for their child. 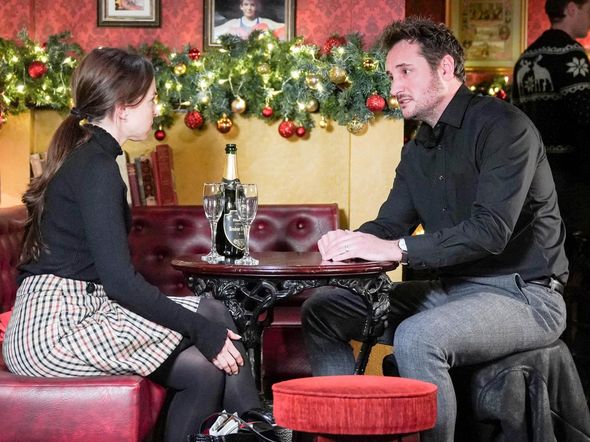 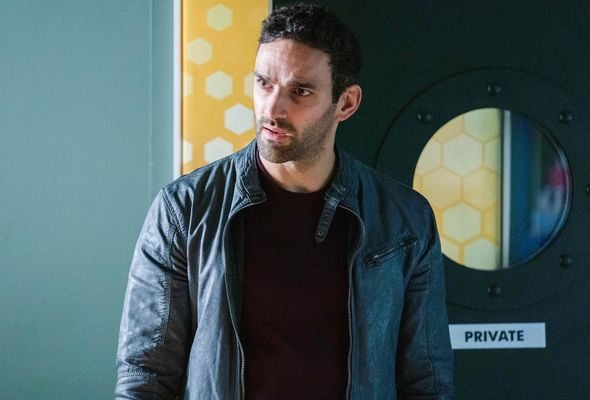 Later, when he spots Sharon Mitchell (Letitia Dean) with Albie, he confides he is questioning his relationship.

Sharon encouraged Martin to think carefully about what he wants and he resolves to make things right with Ruby.

However, fans know Ruby was faking her pregnancy news to trap Martin – how will he react when the truth comes out?

It’s not the only issue as fans are concerned Ruby and Kush will sleep together, taking to Twitter to speculate about the storyline.

“Ruby and Kush are so going to get together, calling it now,” one viewer theorised.

Another added: “Ruby and Kush are either gonna have a affair or Martin is going to find out that Ruby helped Kush, he’ll get back with Stacey and then Ruby will get wish Kush.”

Could Ruby find herself pregnant with Kush’s child, pushing Martin even further away?

Martin has already helped to raise Kush’s son Arthur with ex-wife Stacey so it’s unlikely he’d be happy to do it again.

Fans also know Kush is expected to leave Walford soon as actor Davood leaves the BBC soap so will have to stay tuned to find out how the storyline unravels.

EastEnders continues tonight on BBC One at 8pm.

END_OF_DOCUMENT_TOKEN_TO_BE_REPLACED

END_OF_DOCUMENT_TOKEN_TO_BE_REPLACED
We and our partners use cookies on this site to improve our service, perform analytics, personalize advertising, measure advertising performance, and remember website preferences.Ok