Max Branning (played by Jake Wood) will walk away from EastEnders next week after Linda Carter (Kellie Bright) makes it clear she doesn’t love him. The former pub landlady will be forced into being harsh with her ex-lover when Mick Carter (Danny Dyer) says he can’t forgive her if Max stays on the square. But when the love rat begins his journey out of Walford with baby Abi, will Linda have a change of heart?

In upcoming scenes, Mick isn’t pleased when he sees Max approach Linda in the square.

Jack witnesses the conversation and reminds his brother he cannot tell Linda he knows about her husband’s abuse.

However, Max decides he will win back Linda once and for all when he discovers a USB filled with evidence on Phil Mitchell’s (Steve McFadden) dodgy dealings.

The ginger love rat confronts the Mitchell hard man and demands he convinces Sharon Mitchell (Letitia Dean) to hand the Queen Vic back to the Carters. 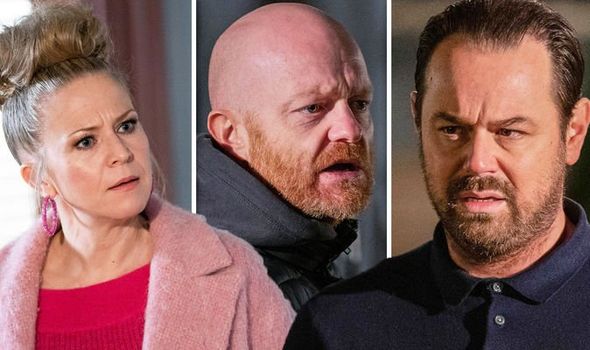 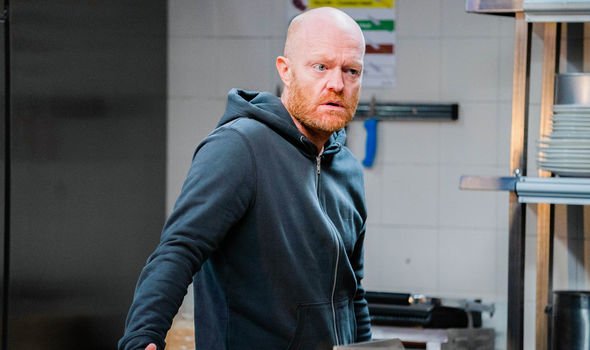 Phil is wary to commit but when he sees the amount of evidence stacked against him he’s forced to reconsider.

Max tells Linda he has a huge surprise for her and reveals he knows about Mick’s abuse.

The former landlady is furious and Jack’s attempts to apologise are rebuffed. 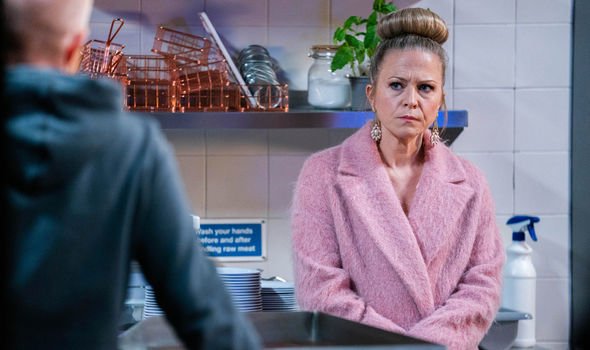 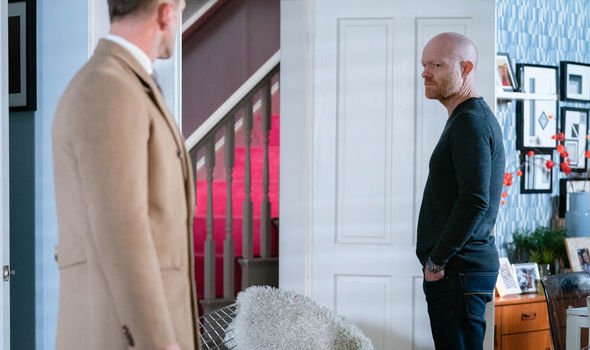 The former Queen Vic landlord heads out to find Max and punches him when he insults Linda for staying with her husband out of pity.

Jack steps in to try and diffuse the situation but is mortified when he discovers what Max has done.

Mick tells his wife he can’t get past her infidelity if her lover stays in Walford.

The recovering alcoholic marches over to see Max and tells him once again that she doesn’t love.

He refuses to listen but she explains she will never leave her husband and doesn’t ever want to see him again.

Max decides the only option left is for him to leave Walford for good and heads to the tube station with baby Abi.

Will Linda let Max leave alone or will she realise she owes him for everything he’s done to protect her family?

Speaking to Express.co.uk, Jake explained why Max feels like he’s out of options.

“It comes at that point when he absolutely realises that it’s not gonna work out with him and Linda and then he gets the offer to go to see Lauren in New Zealand so that must look like a more attractive proposition at the moment,” Jake revealed.

“He’s living with Jack and he’s busy with his career and his new relationship. Jack’s asked him to move out and there’s not much left for in Walford if I’m honest.

“Ian Beale’s gone missing owing him a ton of money, yes, it’s really gone all wrong for him,” he added.

Discussing his character’s regrets, he added: “I think if you asked Max if he regretted any of his actions he probably would probably say no, he probably enjoyed every second of all his shenanigans.

“I think part of the thing with Max is the excitement and running around. As soon as he had everything he wanted he was onto the next thing.

“The excitement of the chase was always his thing. He should regret his actions because he’s ended up with not very much as a result, but probably if you asked him he wouldn’t admit to regretting anything.”

EastEnders continues on BBC One on Monday at 8.05pm.