Rainie Branning (played by Tanya Franks) and Stuart Highway (Ricky Champ) adore helping bring up baby Abi after giving up on the idea of having a child of their own. But in recent EastEnders scenes, Stuart was over-the-moon when his new wife announced on their wedding day she had fallen pregnant. However, could the newlyweds be set for heartbreak when Rainie’s involved in a collision?

In upcoming scenes, Keegan Baker (Zack Morris) feels bad that Tiffany Butcher (Maisie Smith) is only working to help him.

He reaches out to Mitch Baker (Roger Griffiths) who encourages him to organise a romantic gesture.

Later, Rainie is wandering around the Square listening to her new hypnobirthing app.

She steps into the road in front of Keegan on his bike who hits the mum-to-be. 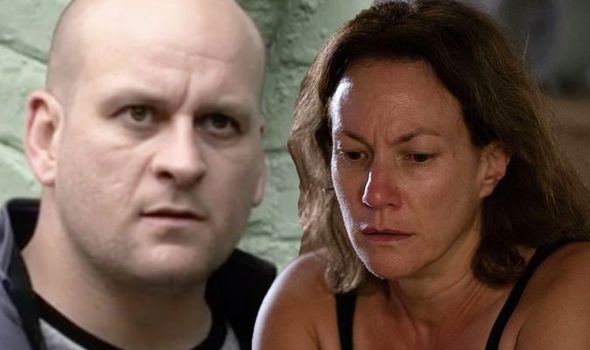 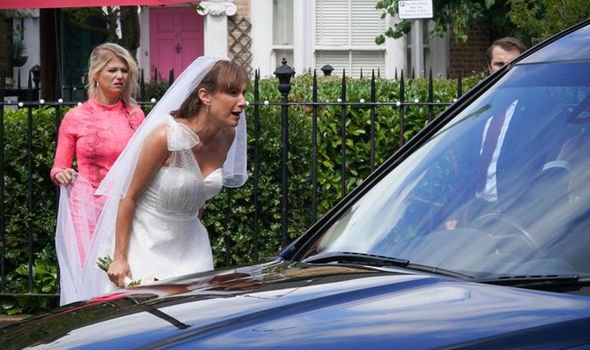 Rainie falls over into the gutter before telling Keegan and Tiffany she’s pregnant.

The couple are horrified as they fear the worse but will Rainie rush to hospital to get herself checked over?

Rainie and Stuart are desperate to start a family of their own and could be left heartbroken if a doctor reveals the new wife has miscarried.

The mum-to-be distracts herself with work when the undertakers’ beautician walks out. 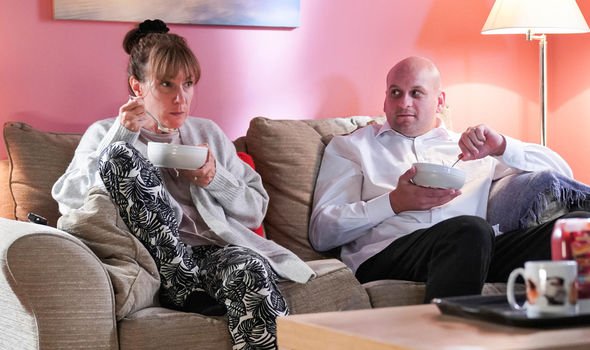 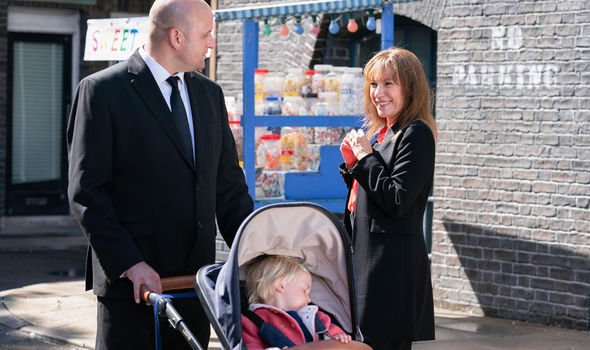 In dire need of a new member of staff, Rainie has a bright idea after overhearing Tiffany discussing her college course.

Tiffany and Keegan are overjoyed to have finally paid Kheerat Panesar (Jaz Deol) back.

However, the student still needs to find a job she can work alongside completing her course.

Rainie reaches out to Tiffany and offers her a job at the funeral parlour but will the redhead cope with the unusual role?

Tiffany is overwhelmed with information and the more morbid aspects of her new job.

However, the newlyweds help the student feel welcome in their own way as Tiffany settles into her new job.

Meanwhile, Stuart and Rainie haven’t been married long but the couple will be forced to face their past.

As they attempt to move forward as a couple, their past transgressions are unexpectedly revisited.

The couple has had their fair share of ups and downs but they put their past behind them to raise baby Abi and subsequently get married.

Will the strain of their past transgressions prove too much for Stuart and Rainie?

Or will the couple start afresh as they embark on a future together as first-time parents?

EastEnders continues on Tuesday on BBC One at 7.35pm.

END_OF_DOCUMENT_TOKEN_TO_BE_REPLACED

END_OF_DOCUMENT_TOKEN_TO_BE_REPLACED
We and our partners use cookies on this site to improve our service, perform analytics, personalize advertising, measure advertising performance, and remember website preferences.Ok