The pair wed last year as on the BBC soap as Max (played by Jake Wood) desperately wanted custody of his granddaughter Abi Branning.

However, Rainie (Tanya Franks) was left furious when Max cheated on her with a French school teacher a few months ago on EastEnders.

Although, she did also sleep with his brother Jack Branning (Scott Maslen) last year.

Now Max will send Rainie into a rage once again when she spots him kissing Mel Owen (Tamzin Outhwaite) in the Square.

Seeing the youngster, who was convicted for killing his sister Lucy Beale (Hetti Bywater), reminds Mel of her own son Hunter (Charlie Winter).

Hunter is currently behind bars for murdering his stepfather Ray Kelly (Sean Mahon) and the reminder is all too much for Mel.

She’s upset and it’s something that doesn’t go unnoticed by Max who tries to comfort Mel.

The emotional moment sees the pair share a kiss but what they don’t know is that Rainie has spotted them. 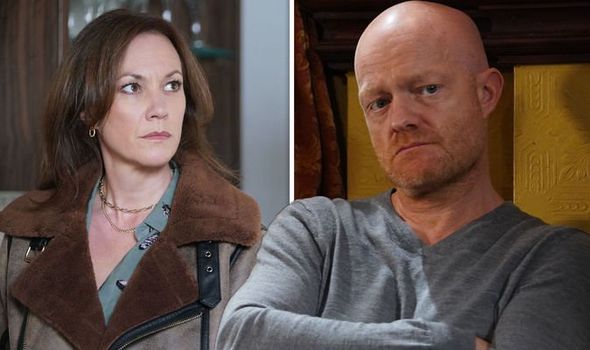 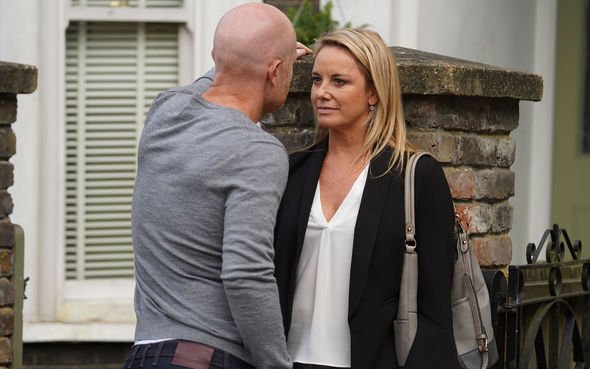 Spoilers snaps show Rainie looking shocked at the smooch, although it remains to be seen if she’ll confront Max right then and there.

But as viewers know, Rainie loves devising a scheme so what could she plan to get back at Max?

Viewers will have to wait and see how Rainie reactions to the situation.

Meanwhile, last week’s episodes saw Max come face-to-face with Bobby for the first time since the teen’s release from prison.

It was Max who had the blame pinned on him for Lucy’s death and he spent nearly a year in prison after being wrongfully accused.

Max cornered Bobby in the Beale household, however, before he could harm him Ben (Max Bowden) interrupted the two of them. 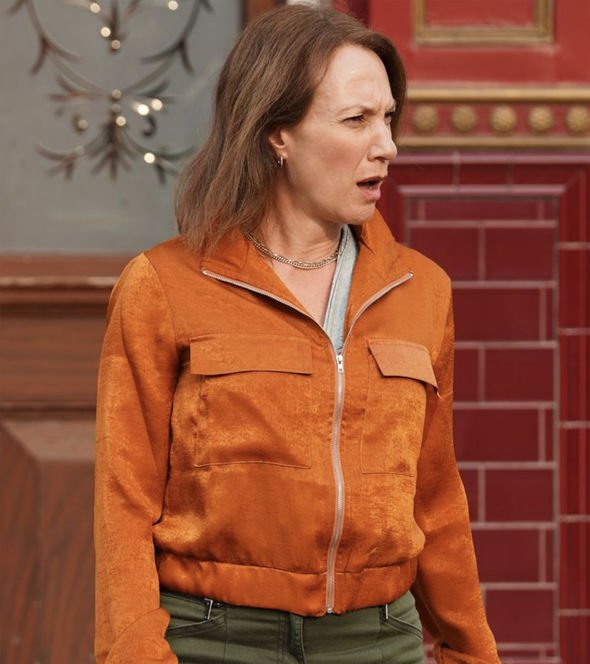 He stormed back to his house where he quickly started downing booze to quash his anger and told Rainie that Bobby had returned.

“You should’ve been warned,” Rainie replied as she leant over to comfort Max.

“Still, nothing you can do about it,” she continued before Max added: “Ain’t there?”

It looks as though Bobby better be watching his back.

EastEnders continues tonight at 8pm on BBC One.