Kat Slater (played by Jessie Wallace) spent tonight’s episode of EastEnders searching for her secret stash of cash after discovering it had been stolen.

After accusing Mo Slater (Laila Morse) of taking it Kat turned her attention to the rest of her family leading to some awkward questions over why she suddenly needed the money.

“You still ain’t told us why you need it,” asked Stacey to which Kat replied: “It’s none of your business.”

Refusing to let Kat off the hook Stacey (Lacey Turner) continued: “Why all of a sudden did you look for it Kat? Why now?”

Trying to avoid the question, Kat pointed to Martin Fowler (James Bye) and said: “Why are you making out she didn’t tell you?”

But Stacey added: “Come on Kat, why all of a sudden this week do you need quick cash?”

“Doesn’t matter what I was going to use it for,” she replied before Stacey revealed: “You were going to give it to Kush, weren’t you? Take us to court and get Arthur.”

Later on in the BBC soap Stacey discovered Kat looking for the money in her room.

Referring to Martin, Kat said: “I know he took it,” to which Stacey barked: “Get out of my room!”

However Kat refused to let it go and continued to grill Stacey on if she knew where Martin supposedly hid the stash. 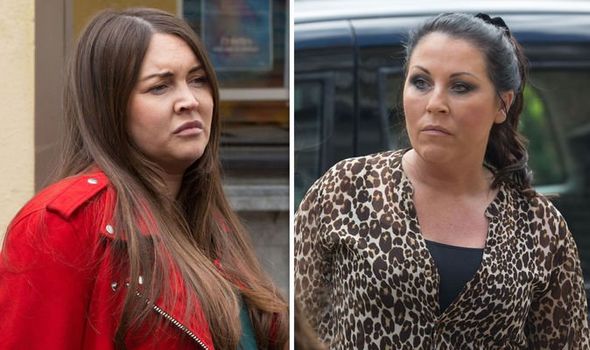 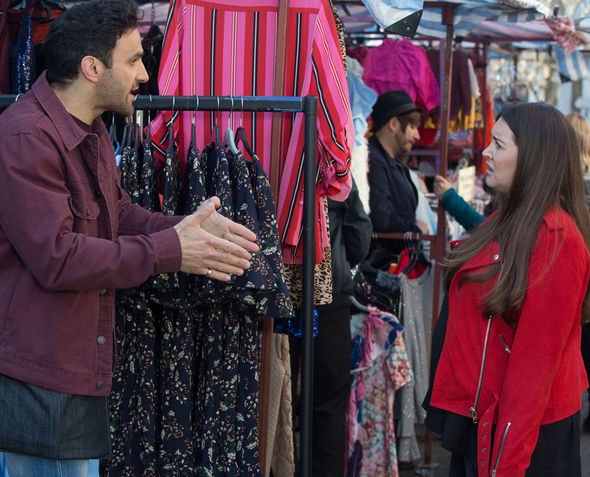 “Martin did not take it,” she added before Kat said: “Oh it’s so sweet the way you trust him.”

Finally revealing the truth Stacey confirmed: “It wasn’t Martin, it was me.”

Stacey feared Kat would use the money to fund a lawyer for Kush Kazemi (Davood Ghadami) who is attempting to take Stacey and Martin to court for custody of Arthur.

However after taking the money will Stacey decide to flee Walford in a bid to keep Arthur by her side? 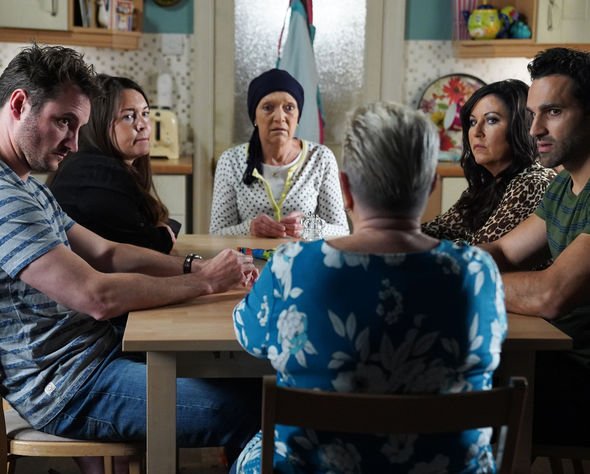 Stacey’s temporary exit from the Square has been confirmed as the star prepares for the birth of her first child.

Could Kat’s secret stash of money be at the centre of Stacey’s exit storyline?

Meanwhile Whitney Dean’s (Shona McGarthy) wedding could be set to end in tragedy.

Eager fans of the show have seen cast members of the BBC soap filming for a funeral and some believe Whitney could be the victim.

Husband-to-be Halfway Highway (Tom Clay) is hiding a secret affair with Ben Mitchell (Max Bowden) and so there could be some very explosive scenes when the truth is revealed.

EastEnders continues Monday at 8pm on BBC One.