EastEnders star Charlie Brooks on Janine and Mick: 'Can he change her?' 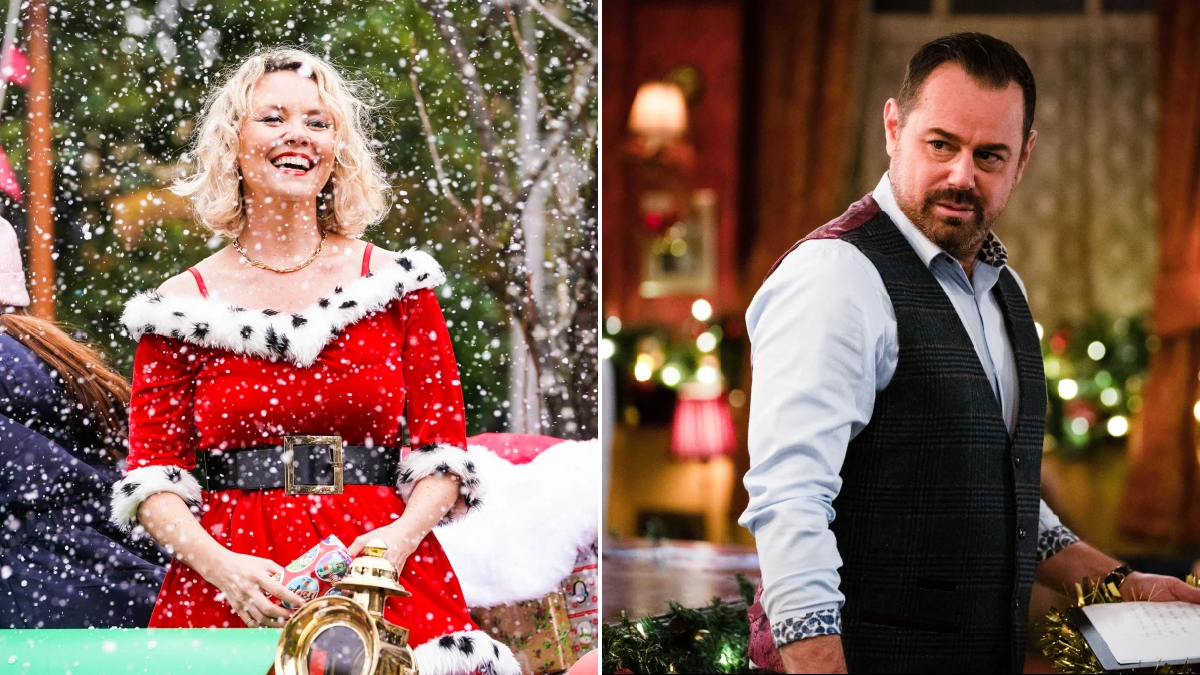 With Janine Butcher (Charlie Brooks)’s feet firmly under the table – or bar – at the Queen Vic in EastEnders, she very soon set her sights on the Vic’s landlord Mick Carter (Danny Dyer).

It might seem like an odd relationship for Janine to pursue for all sorts of reasons, but Charlie Brooks reveals why Mick is a man who would appeal to Janine – he reminds her of her dad, Frank!

‘I think Mick reminds her of her dad in such a strong way,’ she says. ‘So can he be the one to change her?’

She says that the idea outcome for Janine would be to feel safe and to be loved, and being back at the Vic is part of that for her. ‘Janine feels like she’s at home at The Vic so she’s very happy to be there, having grown up there. It’s a very safe space for her.’

Mick Carter obviously feels like part of that safe space, as Charlie explains: ‘I think certain people being out certain qualities in Janine and make her want to be a better person and I think Mick does that. He makes her want to be better.’

Does she misinterpret his interest? Charlie says that Janine ‘doesn’t know how to handle men very well when real feelings are involved. Her go-to is money and sex. There’s definite confusion around how she thinks Mick feels about her. Janine has a compulsion where she just can’t help herself and acts before she thinks, which often lands her in trouble.’

In Charlie’s view, Janine has a desperate need for people to like her, and her feelings for Mick run even deeper than she acknowledges to herself. ‘He provokes a lot of deep emotion in her which throws her off guard a little bit,’ she says. ‘He’s familiar, he feels familiar to her. He feels like home to her.’

‘Danny is a lot of fun to be around and I think our characters spark really nicely together. The journey that two characters go on can be really interesting and exciting for both of us to play because there’s lots to explore. We have a great time.’