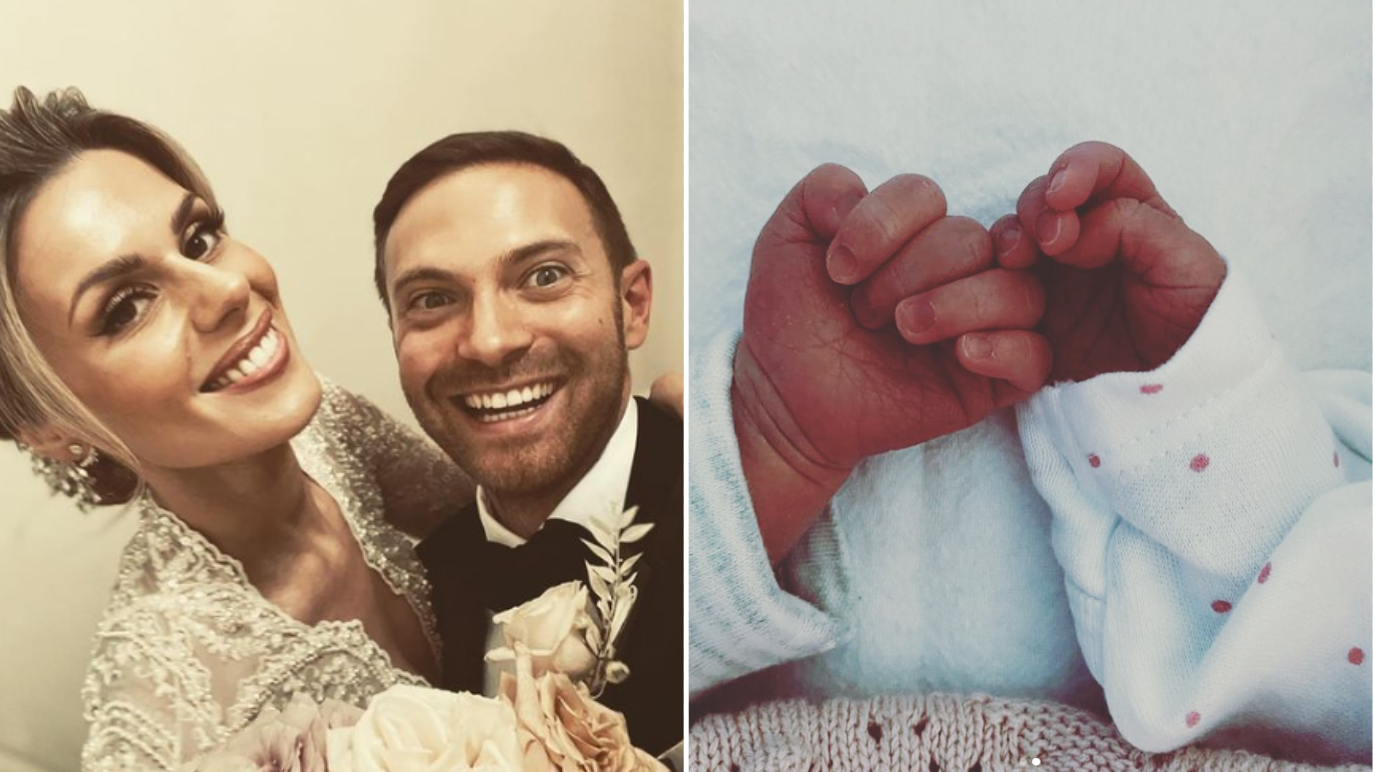 EastEnders star Matt Di Angelo has confirmed the arrival of his and wife Sophie’s baby twins.

The actor, who played Dean Wicks in the BBC One soap, announced the news of Sophie’s pregnancy back in April of this year.

The video on his social media saw Sophie and Matt let off two confetti canons.

Matt revealed they would be having a boy, with Sophia confirming they’d also soon be welcoming a baby girl into the world!

Alongside the video, Matt wrote: ‘The lottery of life, still a fair way to go but we feel VERY blessed. The boy’s name will be JACK, and the girls will be POT.’

Now, four months later, Matt has posted two adorable pictures to his Instagram of the new-borns.

Alongside the snaps, he wrote: ‘My beautiful wife @sophiaperry has had two happy and healthy babies and begun raising them. I’m in the kitchen trying to work out the steriliser. Welcome to the world Raphael and Daphne. My dynamic duo. 15/08/2022’.

Matt received many wonderful messages from his followers and EastEnders co-stars including James Bye (Martin Fowler), who said: ‘Congratulations mate!! Gorgeous! Love to you all!’.

Danielle Harold, who plays Lola Pearce, added: ‘Owwww I’m in love congratulations to you all’.

Dean then returned in 2014 and was part of a storyline that saw him rape Linda Carter (Kellie Bright).