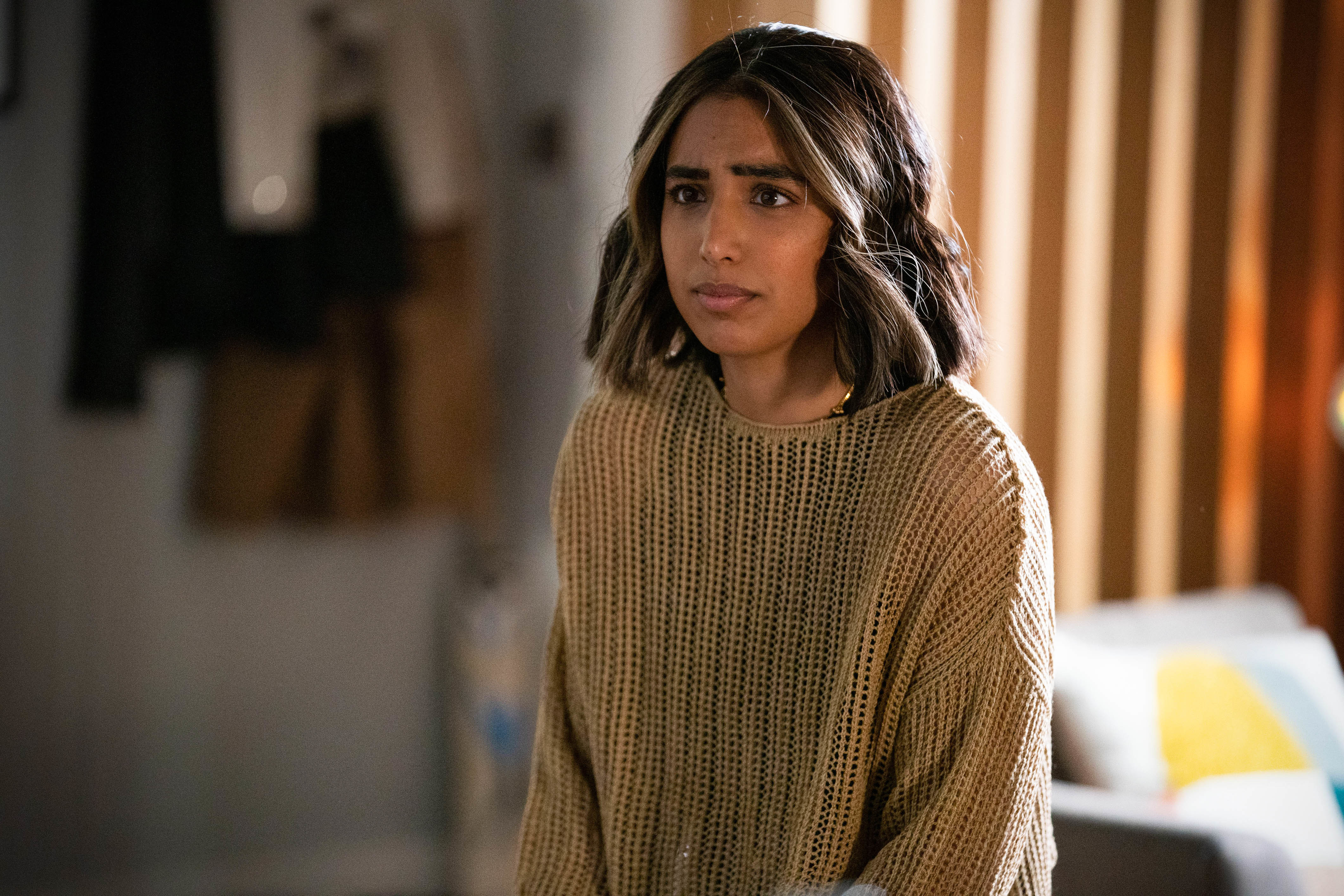 There is a lot of focus on the Panesar family currently in EastEnders, and we’re so here for it.

Following their arrival, viewers established that the relationships between the siblings and mother Suki (Balvinder Sopal) were fractured and sometimes very toxic.

We also discovered Suki’s former partner – who we now know is called Nishandeep – was behind bars, but it was only this year we learnt a bit more about the type of person Mr Panesar is.

After finding out her husband was due to be released from prison following a murder charge, Suki told her friend Eve (Heather Peace) that he is manipulative and controlling, and that Ash (Gurlaine Kaur Garcha), Kheerat (Jaz Deol) and Vinny (Shiv Jalota) have no idea who he really is.

With it being confirmed Nishandeep will soon live life the other side of jail, Gurlaine Kaur Garcha has been speaking to Inside Soap Magazine about the possibility of Mr Panesar arriving in Walford:

‘We saw a scene recently where Ash was expressing how she never really got to know her father; she loves her dad. To see him again, I think she would be floored. What I will say is there are some exciting times to come for the family.

‘It’s roller-coaster, edge-of-your-seat and emotional stuff. Get the tissues ready.’

Elsewhere, there is further trouble in Ash’s love life as Gurlaine teases how her character would react when she finds out Suki has feelings for Eve.

‘I think that is going to push Ash over the edge! She’s put up with so much when it comes to her mum meddling in her relationships, never mind Suki’s fling with Peter. At this point, Ash is thinking, “If I fancy a woman, it’s a safe bet, as my mum isn’t going to go there,” but in reality, she is!’

‘I imagine that Ash will feel angry, betrayed and confused’, Gurlaine added as she reflected on Suki’s struggle to be her true self.

‘Ultimately, she will feel sorry for her mum, as why has Suki never been allowed to be who she wants to be? I think if their relationship was honest, it would be beautiful.

‘I reckon they would be powerful together as mum and daughter.’

The Panesars are nominated in the Best Family category in the Inside Soap Awards and you can vote here. The new issue of Inside Soap is available to buy now.