Soap fans have recently witnessed the dramatic return of Bernice Blackstock (played by Samantha Giles) on Emmerdale. Bernice is back in the Dales after being away in Australia for two years. But, actress Samantha has opened up about her comeback to the ITV soap and the difficulties of filming amid the ongoing Coronavirus pandemic.

In a recent interview with Express.co.uk and other press, Samantha spoke out about her big return to Emmerdale.

When asked how different filming has been under Coronavirus restrictions, Samantha replied: “Well, of course, the hair and makeup thing is a nightmare for me.”

The cast of Emmerdale has recently been having to do their own hair and make-up while they socially distance themselves from the crew.

Samantha continued: “I can just about do makeup, although obviously I’m not, I don’t really know what I’m doing for camera.

“So God knows what that’s going to look like,” she added. 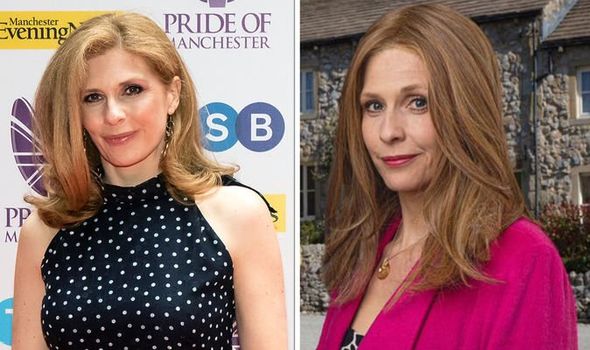 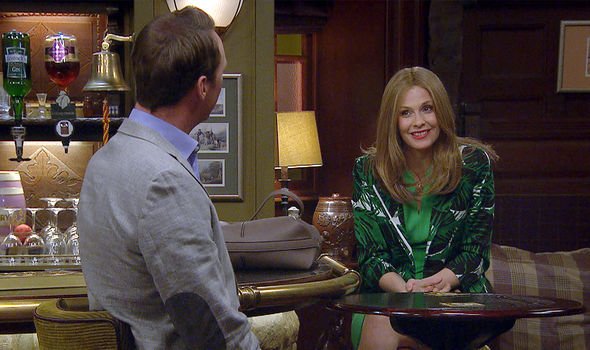 Samantha went on to explain that her biggest struggle was doing her hair and admitted she had to wear a wig.

“I had to have a wig really and my hair doesn’t look too bad today but I’ve got very very very thick, wirey, coarse, frizzy hair and I can’t do it myself.

“I can’t do it and Bernice is a hairdresser, so obviously she is not going to be seen, looking at anything less than having a coiffed look.

“So we’ve got this wig which is a pretty good wig but obviously I’m still having to, you know, I’ve still got somebody on the other end of the monitor, saying ‘Can you tell Sam just to brush the wig and just move these bits’,” Samantha explained. 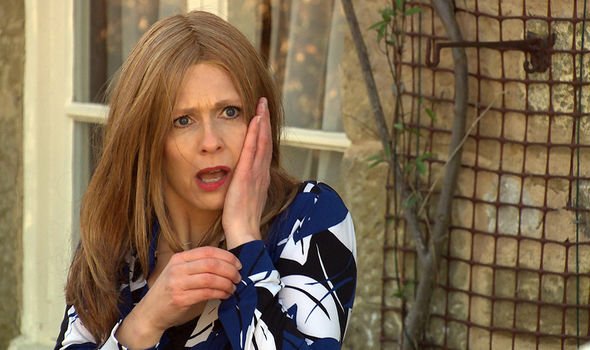 The actress admitted: “So that has all been really hard. We have to do everything basically.”

Samantha revealed it could often be quite stressful having the extra responsibilities to think about, especially if she had a big scene to focus on.

“If you have got a difficult scene or an emotional scene. You don’t want to be fannying about checking your blusher or your hair or your collar’s tucked inside your coat because you want to be concentrating on the lines in the work.

“I was in a terrible state on the first day back because I literally had just pin curled my hair for the wig and the girl knocked on the door saying ’20 minutes before you’re on set.’

“I hadn’t even started the foundation, so I nearly had a heart attack,” the soap star confessed.

“That was a nightmare because none of those things are my job and it must be very frustrating for the people whose jobs they are, you know, that they can’t get their hands on us really,” she added.

Despite the difficulties of dealing with the varying Coronavirus restrictions, Samantha admitted she was very excited to be back on the soap.

She said: “It’s lovely that the character was obviously loved enough for them to want me to come back.

“So I think just the fact that, you know, that she was so wanted to come back for a while in the village, that’s a compliment,” she concluded.

It’s not clear whether Bernice is back in Emmerdale for good or whether it’ll just be a fleeting visit.

Samantha teased: “She’s back for a little while at the moment, so we shall see what happens.”

But, Bernice has already been stirring up trouble in the village by making her timely return ahead of her ex-finance Dr Liam Cavanagh’s (Jonny McPherson) wedding to Leyla Harding (Roxy Shahidi).

Will Bernice stick around for the big day? Viewers will have to tune in to find out.