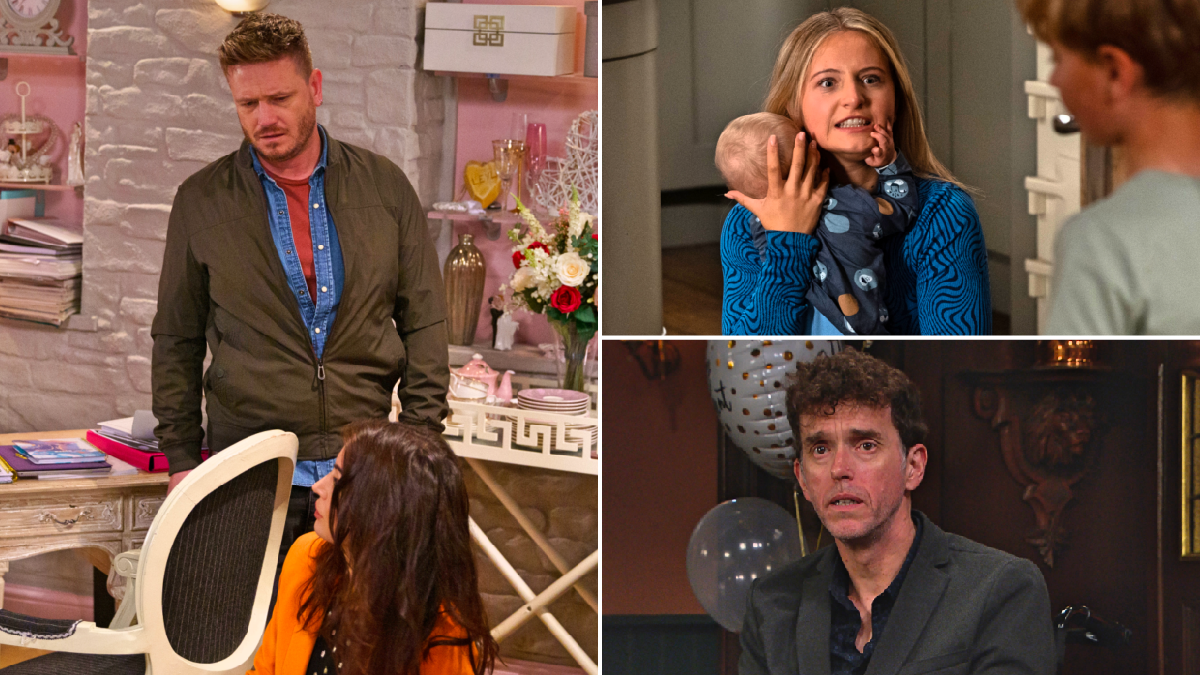 Leyla does her best to explain herself, but David is unimpressed, and subsequently decides to tell Liam.

Amelia Spencer (Daisy Campbell), meanwhile, agrees to babysit for Gabby Thomas (Rosie Bentham), but while looking after Thomas, she begins to feel dizzy and nauseous, and ultimately she faints, dropping the baby!

Panicked, she lies to Harriet Finch (Katherine Dow Blyton), claiming that Thomas fell out of his highchair.

Elsewhere in the village, Marlon Dingle (Mark Charnock) is nervous about his and Rhona Goskirk’s (Zoe Henry) engagement party at the Woolpack, as its the first time he’s been at the pub since the stroke.

At the party, he declares his love for Rhona, but is he as happy as he’s making out?

It’s all kicking off in the eponymous village this week, and here’s your first look at all the drama to come!