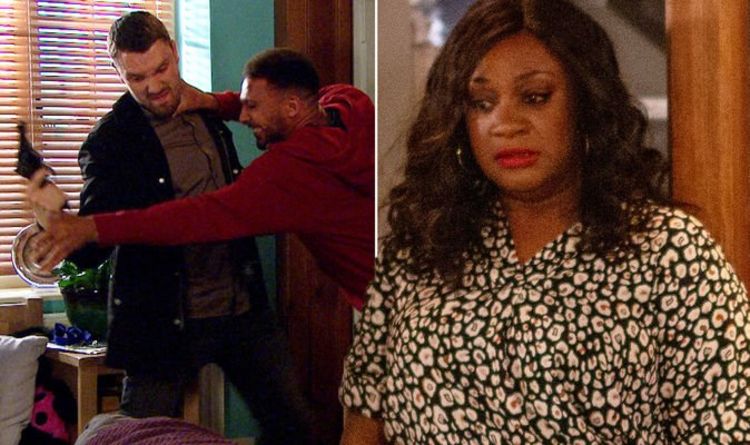 Jessie Dingle (played by Sandra Marvin) found herself hospitalised at the end of tonight’s episode of Emmerdale (June 25) after being shot by Max (Jordan Reece). Max sought revenge against Billy Fletcher (Jay Kontzle) for tipping off the police about a robbery and Jessie found herself caught in the crossfire. With Jessie last being seen put into the back of an ambulance, some Emmerdale fans fear she may die as a result, but does she?

Does Jessie Dingle die on Emmerdale?

Jessie’s future on Emmerdale looked in serious doubt after suffering a gunshot wound at the hands of Max.

Emmerdale viewers watched in horror as Jessie bled out on the floor of her home while in the arms of her husband Marlon Dingle (Mark Charnock).

Billy and his half-brother Ellis Grant (Asan N’Jie) could only watch on helplessly as paramedics loaded her into an ambulance.

While her fate wasn’t determined by the end of Tuesday night’s episode, it has been revealed that she will return to the village alive and well.

WHY DID BILLY FLETCHER GO TO PRISON? 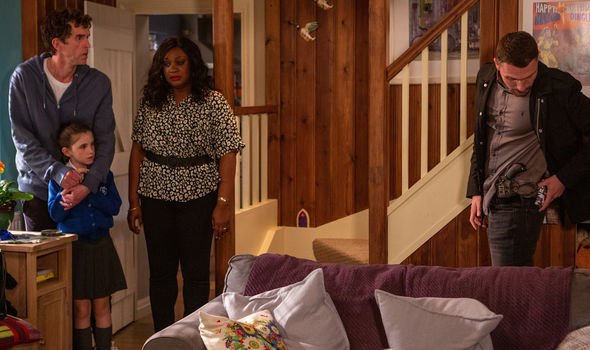 Following treatment at the hospital, Jessie will return to the village with Marlon.

ITV released first look spoiler pictures from next week’s episodes and show Jessie back on her feet.

On Wednesday, July 3, Jessie will be left troubled following a horrific discovery at the school where she teaches.

Emmerdale’s Jessie and the rest of the residents in the villa will be left stunned to discover that human bones are found on the school premises.

WHO PLAYS ANDREA TATE ON EMMERDALE? 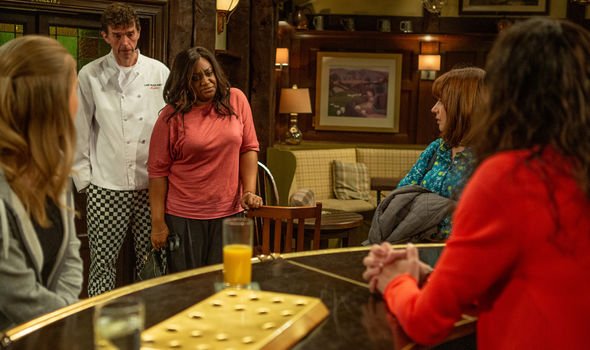 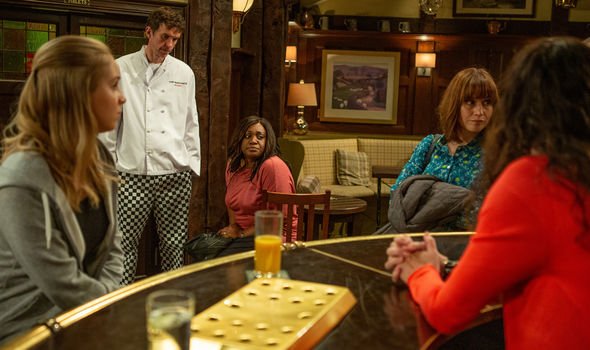 Before that, however, Emmerdale residents will have to cope with the news of Jessie’s shooting.

Jessie wasn’t the intended target of Max’s shot after he took aim at Billy.

Billy was shoved out of the way by his mother, however, and the bullet struck Jessie in the stomach.

In heartbreaking scenes, Marlon tended to his wife by putting pressure on the wound.

Soon after, armed police burst into the property and found Billy pointing the gun at a helpless Max.

Before he could pull the trigger he was reprimanded by the police forces.

WHY IS RYAN HAWLEY LEAVING EMMERDALE AS ROBERT SUGDEN? 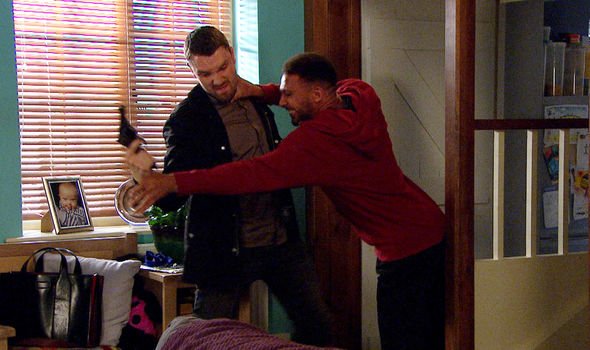 As for the fate of Max, his future remains shrouded in mystery.

Billy had already exacted some form of revenge on Max for threatening his family by beating the criminal to a pulp.

However, that was before Max pulled the trigger and almost killed Billy’s mum.

It appears likely Billy won’t be able to get his hands on Max again, however, after police arrested him at the scene of the crime.

Max not only shot Jessie but also tried to carry out a handful of high-profile robberies so will more than likely find himself behind bars.

Emmerdale continues at 7pm on ITV.

END_OF_DOCUMENT_TOKEN_TO_BE_REPLACED

END_OF_DOCUMENT_TOKEN_TO_BE_REPLACED
We and our partners use cookies on this site to improve our service, perform analytics, personalize advertising, measure advertising performance, and remember website preferences.Ok