Emmerdale viewers were left shocked earlier this week when a scene saw Kyle Dingle read out a private, but rather saucy message Aaron Dingle (played by Danny Miller) was sent from an online hook-up site.

Aaron is slowly coming to terms with the fact his husband Robert Sugden (Ryan Hawley) is never going to come back.

After being convicted for Lee Posner’s (Kris Mochrie) murder, he has been sentenced to life behind bars and decided Aaron shouldn’t wait around for him.

After petitioning for divorce, Aaron has gone off the rails, struggling to understand why Robert would turn his back on their marriage.

In a desperate attempt to cope, Aaron has been filling the void Robert left behind with boozy nights out and casual hook-ups. 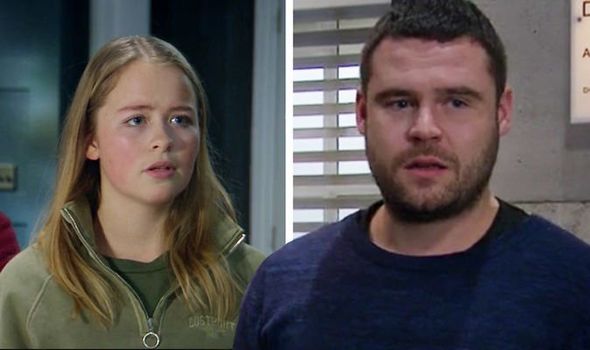 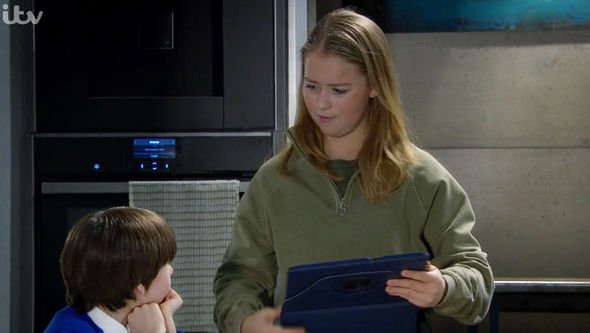 But the latest rendezvous ended in Emmerdale viewers getting a saucy surprise.

It comes as Liv Flaherty (Isobel Steele) was looking after Kyle and in a bid to keep the young lad quiet, she gave him Aaron’s tablet to play on.

However, a naughty message popped up on screen and Kyle read it out: “Should hook up again soon. Winky face purple vegetable.”

Those watching at home saw Liv rush over and take the tablet away from Kyle, and claim: “I think I better hang onto this.” 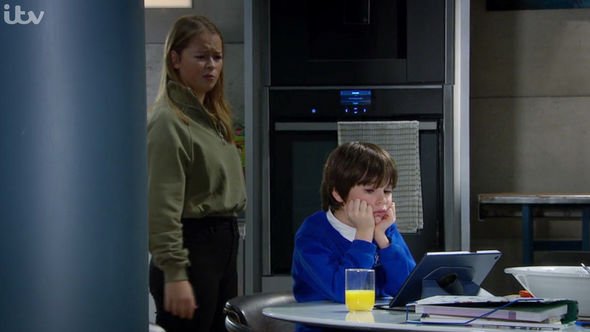 “Why?” An innocent Kyle asked and Liv explained: “Grown-up stuff.”

While holding the tablet, two more messages pinged through and Liv was left wondering what Aaron was up to.

Getting herself out of the house, she went to visit Victoria Sugden (Isabel Hodgins) and aired her concerns about Aaron not returning home last night and sleeping in his own bed.

Nevertheless, those watching at home couldn’t help but take to the internet to work out what was meant by “winky face purple vegetable”. 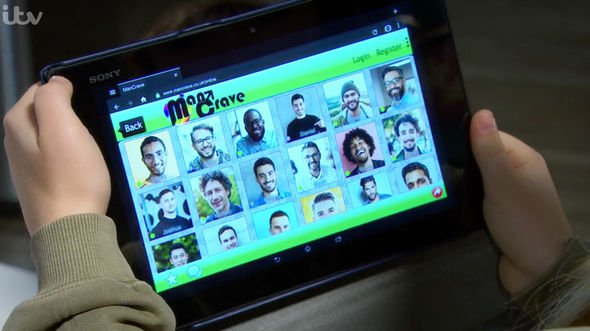 Taking to Twitter to comment on the incident, one said: “Googled the purple veg emoji, wish I hadn’t. I thought it was an aubergine!!!”

A third added: “Kyle read that text like I do. I recall not that long ago having no idea what a certain purple vegetable meant.”

“Good idea taking that tablet away from him,” another said. 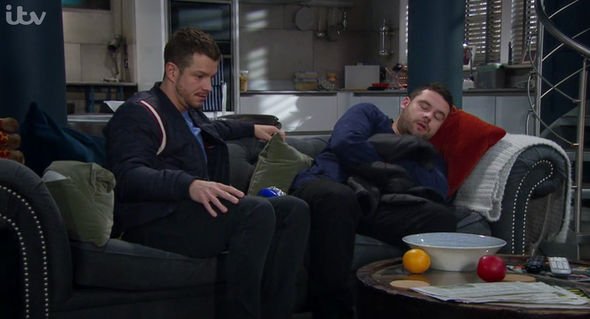 It wasn’t long before Liv realised Aaron was looking for men to sleep with on an online hook-up site, and this was confirmed when she went home to find her sibling and a strange man together.

Elsewhere in the village, suspicions are being raised as to who is going to kill Graham Foster (Andrew Scarborough).

With six people suspected of murdering the businessman, it seems Marlon Dingle (Mark Charnock) could find himself in handcuffs, despite not getting his hands dirty.

But who would want to frame him?