Emmerdale fans have predicted Graham Foster (played by Andrew Scarborough) could be murdered by Kim Tate’s (Claire King) latest puppet, Al Chapman (Michael Wildman), after he exposed her son Jamie’s, (James Francis), betrayal in Thursday evening’s episode. But will they be right?

Thursday evening aired tense scenes as viewers watched Graham break the news to his ex it was her son who provided the evidence that got her locked up for seven years and it’s safe to say, it didn’t go down well.

Kim insisted Jamie wouldn’t do such a thing but when the truth finally came out she wasn’t happy.

Marching out of the Woolpack, the news left present villagers gasping as a shocked Jamie held back tears of guilt.

Could Kim be be planning to get her own back on Graham in a sinister revenge plot? 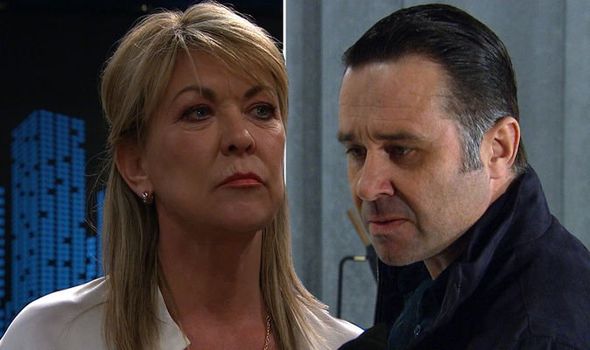 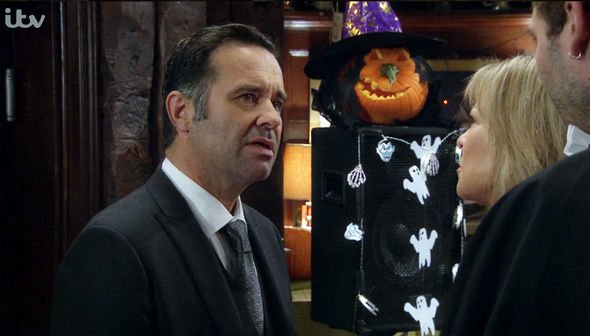 Kim left viewers terrified after she made a chilling threat, vowing she wouldn’t let Graham get away with embarrassing her and revealing her son’s betrayal in front of everyone.

As Al stirred the pot, Kim made it clear that she plans to make Graham sorry for crossing her.

“If Graham has any sense he’ll run and run fast. Because every mistake he’s ever made is about to catch up with him,” she said.

The threat left fans worried as they took to Twitter to share their suspicion that she could be planning something sinister.

One wrote: “Kim’s gonna get revenge on Graham I cant wait.”

A second said: “Graham, be careful. Kim is going to screw you over.” 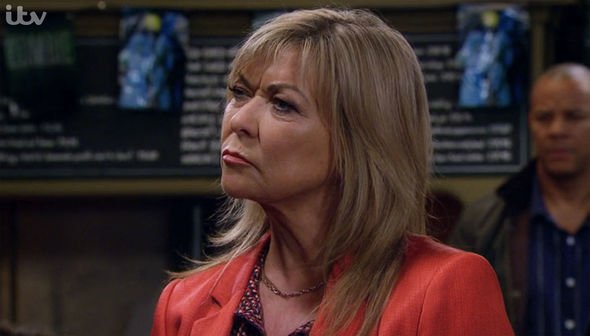 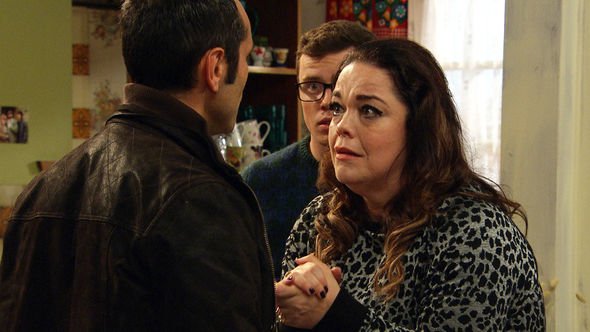 For years, Graham has been at Kim’s beck and call, carrying out all her dirty work, but he’s recently started to spread his wings as he falls for Kim’s old friend, Rhona Goskirk (Zoe Henry).

Jamie spots the two sharing a kiss and is at a crossroads, not knowing whether to break the news to his mum or not.

Seething with jealousy Graham is with someone new, Kim feels like she’s losing control – how will she react when she finds out who he’s shacking up with?

But she’s definitely not about to let her family fall apart.

After Jamie profusely apologises to his mum and vowing things have changed, Kim directs her fury at Graham.

How far will her anger push her to get revenge? Could she be planning the brutal murder of her former lover?

DON’T MISS…
I’m A Celebrity 2019 rumoured line-up: Who is going into the jungle?
Holly Willoughby net worth: This Morning host has huge wealth – how did she earn it?
Coronation Street spoilers: Geoff Metcalfe killed in revenge twist as Yasmeen breaks down?

Elsewhere in the Dales, returning favourite, Mandy Dingle (Lisa Riley) has found herself in a spot of trouble once again, but is there a light at the end of the tunnel for character?

The actress has dropped a few hints there might be chance for change and redemption in coming weeks.

Since her return, viewers have watched as Mandy has been scheming and scamming her way around the village and got a huge shock when the consequences of her dodgy dealings caught up with her.

But speaking to Digital Spy, the star teased Mandy’s future will begin to look brighter.

The soap star said: “There are two things that Mandy needs to start saying more to her family – ‘sorry’ and ‘thank you’.

“Every scam has gone wrong, but she’s a trier. Mandy will pull her socks up and do anything to gain more and more money.

“Maybe employment is what she needs, a good old-fashioned job in the village. Mandy is itching to leave, but Vinny wants to stay,“ she continued.

Will we see Mandy turn her life around or will she fall back into her troublesome ways?