Graham Foster (played by Andrew Scarborough) was at the heart of several family traumas that took place on Christmas Day in Emmerdale. Andrea (Anna Nightingale) and Kim Tate (Claire King) were horrified when Graham revealed the truth to Jamie Tate (Alexander Lincoln) about the possibility he might not have been the father of Millie. However, despite Kim’s notorious reputation, ITV soap fans should be looking elsewhere for the village resident who is plotting the ultimate revenge.

Graham’s time in the village will come to a gruesome end when he’s murdered in January by an unknown assailant.

Kim is no stranger to taking revenge on those who have wronged her and she blames Graham for breaking up her family.

Meanwhile, Marlon Dingle (Mark Charnock) threatened to kill Graham when he discovered he was planning on leaving the country with his child and Rhona Goskirk (Zoe Henry). 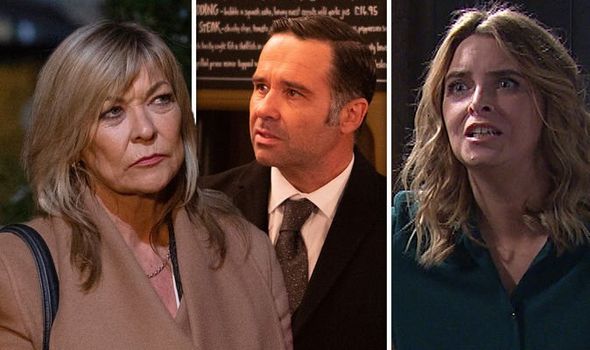 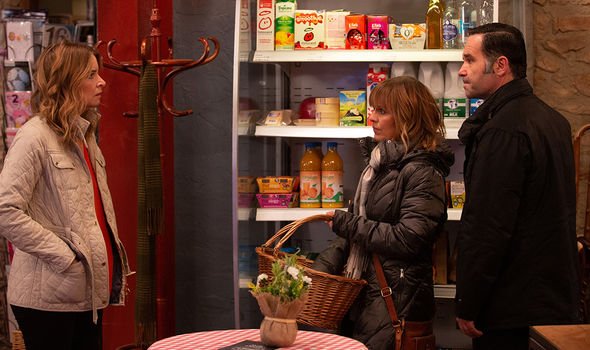 Noah is secretly protecting his niece, Sarah Sugden (Sophia Moore) and has kept quiet about why he ended up in hospital on Christmas Day.

In upcoming scenes, Charity is outraged when Graham reveals he took Noah to the hospital the day before his overdose.

The concerned mother is angry with Graham who makes things worse when he insists she should be grateful that someone was looking out for him.

Furious, it’s clear Charity holds a grudge against Graham as she continues to worry about the safety of her son.

After a tough year, will Charity snap and begin a violent confrontation with Graham that ends in his death?

Meanwhile, Emmerdale has released a short clip teasing the suspects who are out for revenge.

The video was accompanied by the caption: “Roll on January #WhoKilledGraham #Emmerdale.”

The clip shows Graham leaving Rhona’s house and walking down into the village where he sees Charity. 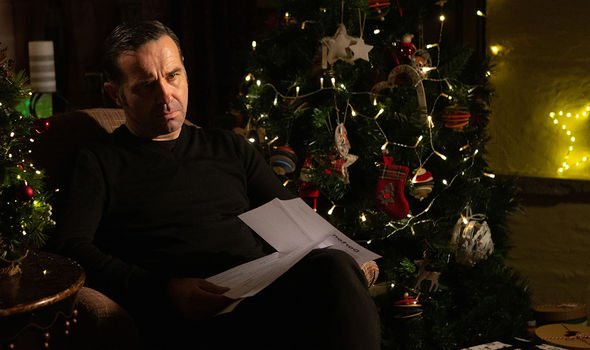 Does this prove Charity is out to get Graham or could another village resident pull the trigger?

Elsewhere in the clip, Jamie replaces Charity as the hooded figure before Graham realises he’s being followed.

Hiding in the bushes, Andrea emerges from behind a tree and begins to run after the ex-army man.

After sprinting past the Woolpack, Andrea is replaced by Marlon who has already declared his wish to see Graham dead.

Failing to outrun his attackers, Graham hides behind a headstone as the chef slowly approaches.

The camera then cuts to Kim and before Jai Sharma (Chris Bisson) appears on the scene.

Will just one village resident kill Graham or could the trailer suggest he’ll be murdered by a sinister group who end up working together to get their revenge?