Leyla (played by Roxy Shahidi) began a secret affair with Liam (Johnny McPherson) this time last year on Emmerdale after he was left at the alter by Bernice Blackstock (Samantha Giles). Since then, their relationship has hit several hurdles, mostly because of the GP’s daughter Leanna Cavanagh (Mimi Slinger) and his ex-fiancée’s child, Gabby Thomas (Rosie Bentham). It was the latter who recently drove the pair apart with her meddling ways after accusing her best friend’s father of sleeping with her, which he didn’t. Despite his name being cleared, he couldn’t believe his girlfriend would turn against him and dumped her. However, ITV soap viewers thought she might start a romance with ex-boyfriend David Metcalfe (Matthew Wolfenden) following scenes which aired during Thursday’s double-bill.

The mother-of-one was seen in the first episode of the evening attending to Pollard’s Barn with her former beau.

With David saying the only thing he had to do was get rid of some dead flowers, Leyla said she knew exactly how they felt, feeling immensely sorry for herself following her breakup.

“Well, you’re not forgotten or on a shelf or alone, for that matter,” the shopkeeper told his ex-girlfriend.

“I know Jacob [Gallagher] (Joe-Warren Plant) is in Portugal,” but you got me,” he told the heartbroken villager, to which she replied she was “once again single”.

Noticing how down the unlucky-in-love character was feeling, the businessman then suggested they go out together to get some lunch. 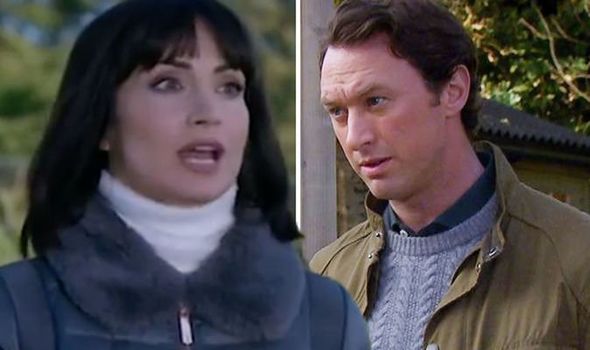 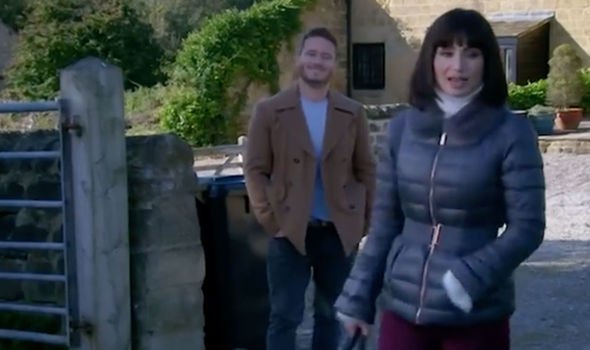 “Change of scenery might do you good. Stop you feeling sorry for yourself,” he said in a flirtatious tone, to which Leyla replied: ‘Oh, do you think that’s what I’m doing?”

“Yeah, a little bit,” the shopkeeper joked, before telling his ex-girlfriend he “hated it” when she was in a bad mood.

The shopkeeper replied: “There’s nothing wrong with you. You’re an amazing, intelligent, independent, beautiful woman.” 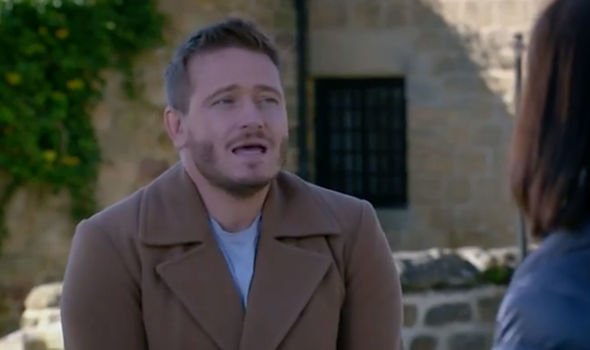 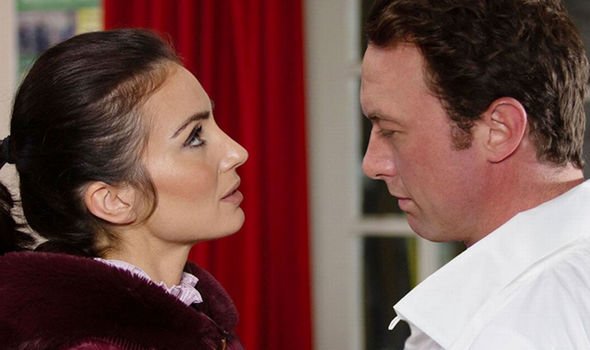 It was following this moment viewers took to Twitter to theorise whether this scene could be setting the seeds for the former lovers to reunite.

One avid fan of the soap wrote: “David and Leyla should be friends with benefits #Emmerdale,” with another adding: “David flirting with Leyla #Emmerdale.”

“Leyla should get back together with David. They were made for each other #Emmerdale,” a third commented on the social media platform.

After dousing his ex-girlfriend in compliments, the businessman bumped into his current love interest Meena Jutla (Paige Sandhu).

The newcomer suggested she and David should spend the afternoon having some fun together, pushing Leyla’s nose right out of joint.

However, the shopkeeper firstly turned down the offer as he said he wanted to support his ex-girlfriend but he was eventually convinced to do otherwise when the mother-of-one said she would look after the shop.

Even though he did sleep with Meena, it seems the father-of-one might be turning to his former lover for comfort himself as Manpreet Sharma (Rebecca Sarker) looks set to destroy her sister’s relationship.

With both characters single and feeling sorry for themselves, will they remember the good times they had and begin a new romance?

If David wants to give things another go with Leyla, he’s going to have to act quickly as his ex-wife Tracy Metcalfe (Amy Walsh) tries to reunite Liam with his ex-girlfriend in the coming weeks.

The mother-to-be brings the heartbroken characters together for the first time since they broke up and things are still awkward between the pair.

It’s not been revealed whether this will prompt the couple to reunite, meaning the shopkeeper could still have a chance with his ex-girlfriend.

Having hit so many hurdles with the GP, will the mother-of-one decide she wants to make a life with David after so many years apart?