Emmerdale is set to show viewers how much Liv Flaherty (played by Isobel Steele) is struggling with guilt following the death of Paul Ashdale (Reece Dinsdale). Paul was severely injured after a crash last month and instead of helping him, a scared Liv fled the scene, leaving Paul to die. According to official soap spoilers, Liv will continue to drink as she battles with her guilt, but will this push her to reveal the truth to Paul’s son Vinny Dingle (Bradley Johnson)?

In Emmerdale last month Paul found himself trapped under a collapsed beam in the barn that Jimmy King (Nick Miles) had crashed into.

Prior to that, he attacked Liv in an attempt to beat her into silence to stop her from freeing his son Vinny from his abusive clutches.

After the crash, a trapped Paul begged and pleaded for Liv’s help, but when he began to threaten her, she fled outside where she collapsed.

Paul was soon rushed to hospital but eventually died from his injuries. 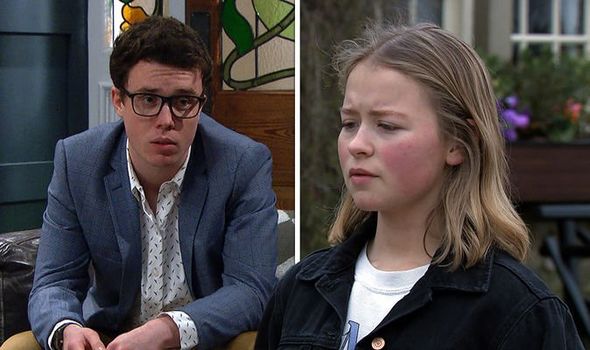 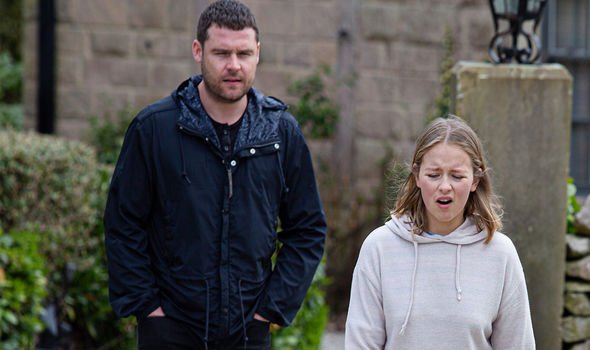 Recently Liv opened up to her brother Aaron Livesy (Danny Miller) about what happened but hasn’t told her boyfriend Vinny.

However, it looks like she could be set to soon tell Vinny the truth.

In upcoming scenes on the soap, Liv is full of guilt and can’t stop drinking.

Aaron pleads with her to reach out to Vinny and try to talk to him again, but she refuses.

Later on, with no booze at home, Liv tries the pub where she hooks up with a sleazy stranger who she takes back home to Mill.

When she reaches home, Liv becomes increasingly uncomfortable with the strange man she’s invited back. 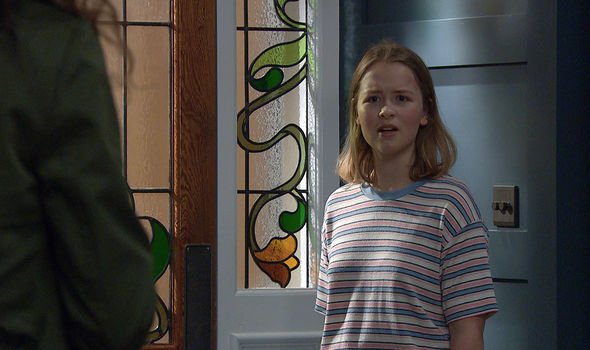 However, despite feeling uncomfortable, Aaron’s intervention angers her.

She quickly forces Aaron to leave and is then left alone drunk in utter despair.

The next morning, Liv comes downstairs to last night’s wreckage, but suddenly enters a tonic seizure.

Meanwhile, Aaron’s spent a sleepless night at Chas (Lucy Pargeter) and Paddy Dingle’s (Dominic Brunt) and is planning on giving Liv some space until Paddy urges him to never give up on her.

Chas decides to step up and help ease Aaron’s burden, but Liv is shocked when Chas arrives, locks the door and grabs her phone.

Liv is then put under house arrest until she manages to sober herself up.

Can Chas really get through to Liv or will she end up making things worse?

Before long Chas tells Paddy she hopes she’s got through to Liv, but will her hopes be dashed?

Liv’s mounting guilt could cause her to spiral further with her abuse of alcohol, but it may push her to confess to Vinny and reveal the truth.

Viewers will have to tune in to find out what’s next for the troubled youngster.

In a recent interview, Isobel Steele who plays Liv on the ITV soap opened up about the moment Liv finally saw Paul for what he was.

“There are times where Paul is such a bad character and you’re having to pretend that you don’t know.

“I think Liv just cares so much for Vinny, so it’s nice that she comes to the right conclusion finally,” Isobel told Digital Spy.

Liv’s alcohol battle is just one of many storylines shown on Emmerdale that highlight important issues that affect people around the world.

Alcoholics Anonymous have a free national helpline for suffering alcoholics: 0800 9177 650

Emmerdale airs weeknights at 7pm on ITV. There’s an extra episode at 8pm on Thursdays.