Emmerdale: Mandy Dingle wakes up hungover on her birthday

Paul Ashdale’s (played by Reece Dinsdale) violence towards Vinny Dingle (Bradley Johnson) is going to peak next week when he ends up hospitalising his son. With the scrapyard worker potentially having to be rushed to the hospital, will doctors and nurses question what happened to him? If so, this could be a turning point in the Emmerdale storyline as Vinny is forced to confess he is a victim of abuse and the abuser is his father.

In upcoming scenes, Mandy Dingle’s (Lisa Riley) hen do and Paul’s Stag do is being planned but Lydia Hart (Karen Blick) is doubting Paul’s character and as a result, there is tension in the air at Wishing Well Cottage.

Later that day, Vinny overhears a conversation and soon quizzes Paul who puts his foot in it by getting the details of his kidnapping story mixed up, leaving Vinny suspicious.

The next day, Vinny confides in girlfriend Liv Flaherty (Isobel Steele) about the inconsistencies in Paul’s kidnapping story but she tells him to focus on the impending stag do and have a good time.

With Mandy’s hen do underway, at the stag, Vinny seizes on a moment to tell Paul he’s seen the van he was kidnapped in around the scrapyard. 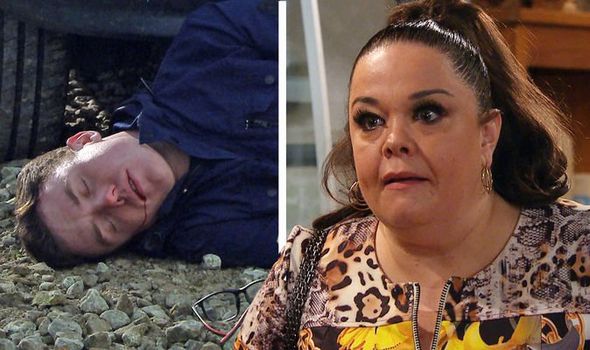 Paul panics and heads outside to make a call to Connor, but little does he know, Vinny has followed him and listens to the tense exchange of words.

The young man will find out his father wasn’t really kidnapped, in fact, Paul arranged the whole scenario in a bid to con Liv out of her inheritance.

Realising he has to confront Paul, Vinny declares enough is enough, Mandy needs to know the truth about the man she is marrying.

But Paul’s demeanour hardens and he starts threatening his son, leaving Vinny terrified.

In a split second, Paul pummels Vinny to the ground and as he lies there unconscious, blood starts to trickle from his mouth. 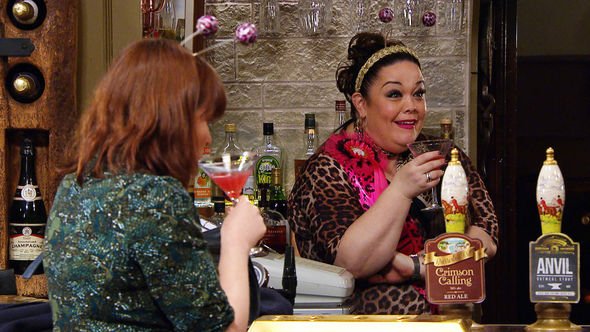 Paul, stands over him, convinced he’s killed his child with his bare hands.

It is clear Vinny needs urgent medical attention but will Paul do the responsible thing and get him to the hospital?

Express.co.uk spoke to the actors involved in this storyline and Reece, who plays Paul said: “This time something happens, he [Vinny] hits the deck, and he’s out in a way that perhaps he hasn’t been before.

“And I think he genuinely feels he’s killed him, he’s a goner. And so, the horror of that hits him immediately. 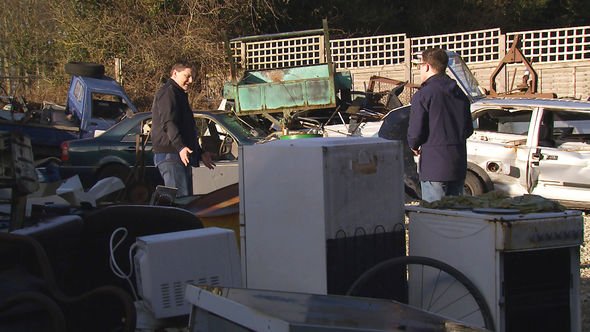 “In this instance, he thinks of what we do, where to turn, he thinks of running and luckily there’s a noise from [Vinny] a sign of life, and immediately it’s like, I’ve got to get this guy to hospital because he’s in a terrible state,” he added.

“So he doe want to save the guy – he just can’t help himself when those moments come, he loses it, he doesn’t think of what’s gonna happen next.

“So in a situation like that the first thing he does is he wants to get him to hospital or to somewhere where he can be looked after,” Paul explained.

With Paul out of earshot, will Vinny come clean to the doctors and nurses? Or will they guess what happened when they see how scared Vinny is of his father. 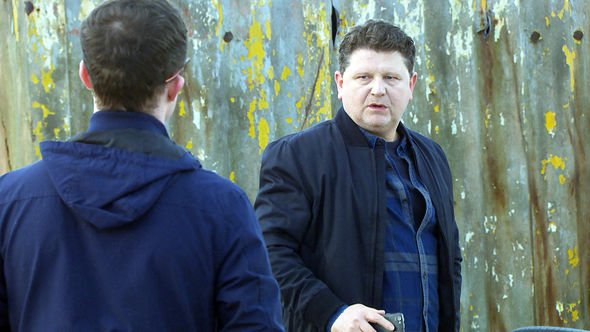 Should this be the case, perhaps they will have a word with Many about Paul’s violence and put a stop to it once and for all.

As for why Vinny hasn’t told Mandy the truth yet, Bradley, who plays Vinny said: “ think it all boils down is that Vinny will do anything for Mandy’s happiness, and he’s seen his mum light with the hen do and just seeing how happy Paul is making her like she knows nothing about the violence and the abuse.

“But Mandy’s always been there for Vinny and at the end of the day Vinny will do anything to make Mandy happy.

“He said it’s an illness and I think then Vinny’s thinking if we do get married, things will be easier, and they will be this happy family.

“But it all boils down to Mandy’s happiness and Vinny doesn’t want to ruin that,” he added.