Emmerdale’s Nate (played by Jurell Carter) and Moira Barton (Natalie J Robb) have been enjoying a steamy affair with one another over the past few months, with the farmer’s husband Cain (Jeff Hordley) completely oblivious. However, in coming weeks all could be revealed as Sally Dexter teased Faith could be the one to uncover the secret romance and Nate’s real identity.

Fans have been busy speculating Nate is really Cain’s son and is sleeping with Moira in some sort of revenge twist.

The pair don’t see eye to eye and many believe Nate has an axe to grind with Cain – perhaps for abandoning him.

However, actress Sally has explained she will be very much involved with the revealing of Nate’s real identity.

Speaking at the Inside Soap Awards, she teased: “Yes, there is a very shocking twist with Nate’s identity and it has dire consequences for my son Cain, for Moira, my daughter-in-law, and me.” 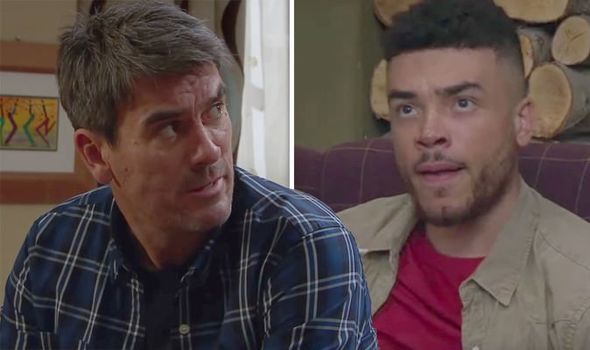 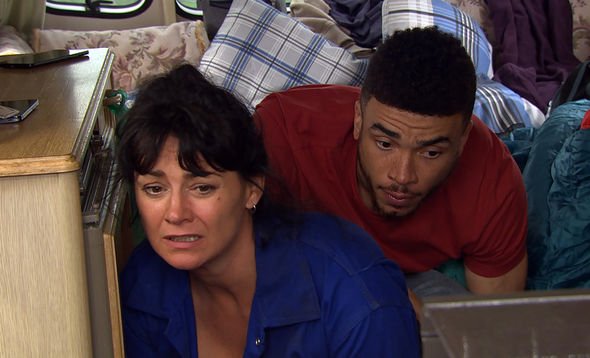 Sally added to Mirror Online: “We have to come through a heavy storm and some of us might not make it.

“It was some of the most harrowingly emotional scenes I’ve ever done.”

The soap star also hinted to Express.co.uk, she could be forced to flee the village in coming weeks as she becomes involved in the storyline.

Speaking exclusively to Express.co.uk. Sally divulged: “To find out that anybody would have cheated on him, is something that she can’t quite comprehend, because she knows that Cain and Moira have been so right for each other. 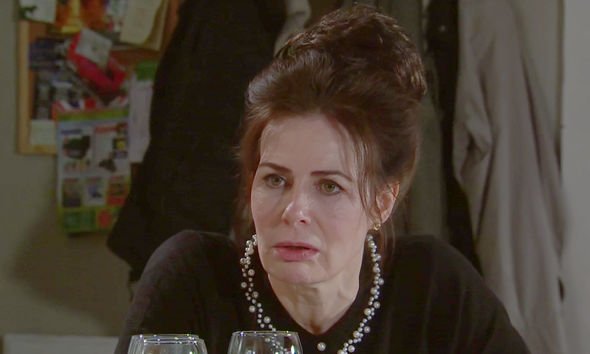 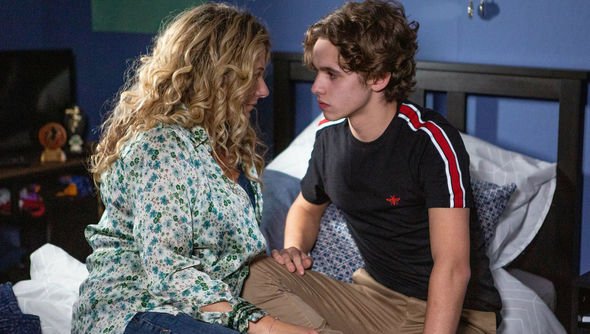 “She’s desperately upset about it, she loves Moira too as a daughter.”

“I may have to skip away from Emmerdale for a little while, because what happens between me and Cain is so devastating,” she added.

While Faith may have to leave the village, Maya Stepney (Louisa Clein) may be returning very soon.

Maya is currently serving time for grooming schoolboy Jacob Gallagher (Joe-Warren Plant) but could soon sink her claws in again.

The teen is slowly realising Maya didn’t really love him and he had been groomed but could the teacher return to cause trouble and ruin his recovery?

“There are repercussions, no doubt, for years for those characters.”

The star also opened up on the affect the storyline has had on her.

She told Mirror Online: “I mean, I’m a mum, so I think one’s always hyper aware around their children.

“I’ve also become much more involved with Barnardo’s so I’m actually going to do some site visits with them.

“They’re an extraordinary charity and they invited me and gave us amazing advice.

“They do a lot of good. We can bring light to their brilliance and their hard work doing stories like this.”