Emmerdale: Dan Spencer chats to Bob Hope in the kitchen

While her pregnancy was initially a shock, Tracy Metcalfe (played by Amy Walsh) soon came round to the idea of having a baby and was excited about the new arrival. It also took Nate Robinson (Jurell Carter) some time to comprehend how much their lives were going to change but after Frankie was born, the new parents were thrilled and have been doing their best to care for the little one ever since. However, it is clear the farmer is struggling to balance his duties at work and his responsibilities at home, with Tracy picking up a lot of the slack. In upcoming scenes of Emmerdale, fear will strike the new mother as she finds an unusual lump on Frankie’s tummy. But where is Nate for support?

She speaks to the shop owner about the photoshoot voucher she was gifted and how uncomfortable she feels having to go on her own.

As a result, Tracy offers David the chance to get a family photo of himself and Theo done and when she returns home to tell Nate, he is left feeling incredibly guilty.

In a bid to win Tracy back, Nate suggests he’ll finish his work as quickly as he can so they can go to the photoshoot as a family. But he has to tell David the change of plan. 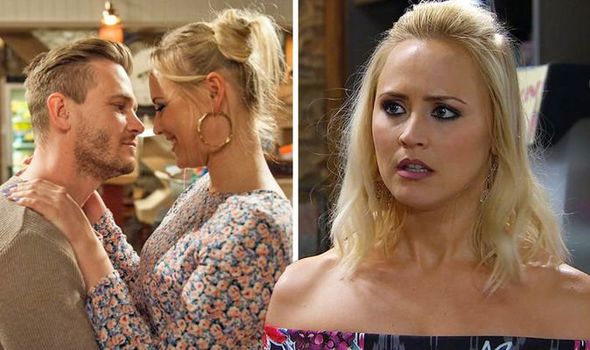 As he heads into the village, Nate tries to get David’s attention, but the shop over is in his car reversing and doesn’t see the farmer waving him down.

Instead, David ends up running over Nate’s foot and he screams out in agony.

When Tracy comes running out of the cottage, she realises the severity of Nate’s injury and is forced to take him to the hospital to go and get it checked out.

When she pops into David’s to grab some bits for her tea, David tells her how the photoshoot went and presents her with a photo of him and baby Theo in matching outfits.

He also profusely apologises for injuring Nate but this is the least of Tracy’s worries. 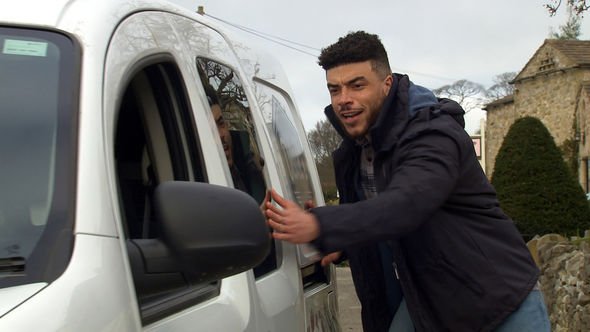 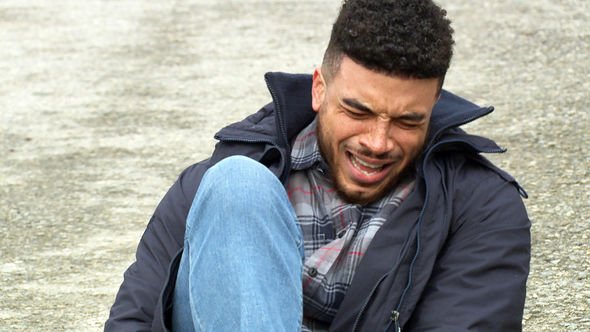 Later that day, Nate arrives home from the hospital with his foot in a cast, unable to do very much.

His injury will stop him from helping out with Frankie and Tracy is left feeling drained having to do everything herself.

When she goes to put her baby to bed, Tracy finds a worrying bump on Frankie’s tummy and is left panicked.

Viewers will see her flee the cottage and head to the doctors to have it diagnosed. 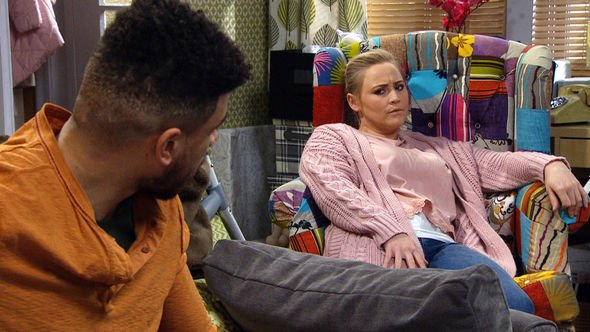 With Nate unable to offer help and support with looking after Frankie as he’s bound to the sofa, Tracy will start to think she has the weight of the world on her shoulders.

Faith Dingle (Sally Dexter) did live with Tracy and Nate for a while, helping them out with baby Frankie and the other household chores.

But Faith and Tracy ended up clashing, so Nate’s grandmother moved out.

It wouldn’t be surprising if Tracy confided in David about her woes – with the two having babies of similar ages.

Could old feelings be rekindled between the pair?

After everything they have been through, it wouldn’t be surprising if the two ended up back together.

Perhaps Tracy will leave Nate and reunite with David?

Emmerdale airs weekday evenings at 7pm on IT