Emmerdale spoilers: Viewers distracted by huge Marlon Dingle blunder – did you spot it?

Emmerdale fans were left rocked after Graham Foster (played by Andrew Scarborough) was murdered by partner Rhona Goskirk (Zoe Henry) ex-husband, Pierce Harris (Jonathan Wrather). However, it’s Marlon Dingle (Mark Charnock) who is currently in the frame as he had to face trial yesterday evening. Something else caught the attention of fans as they noticed a huge error – did you spot it?

Marlon had become increasingly wary of Rhona’s new partner Graham as the pair were secretly plotting to leave the Dales together.

He attacked Graham shortly before his death after he had taken Marlon’s children, April (Amelia Flanagan) and Leo (Harvey Rogerson), away from the activity centre.

Although April pleaded with her dad it was her fault, it didn’t stop Graham from feeling Marlon’s wrath as he gave him a huge warning.

As Rhona eventually plucked up the courage to reveal to Marlon her and Graham were packing their bags and moving to France, Marlon begged her to stay. 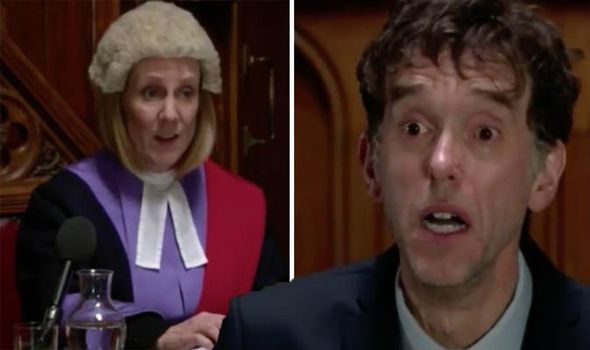 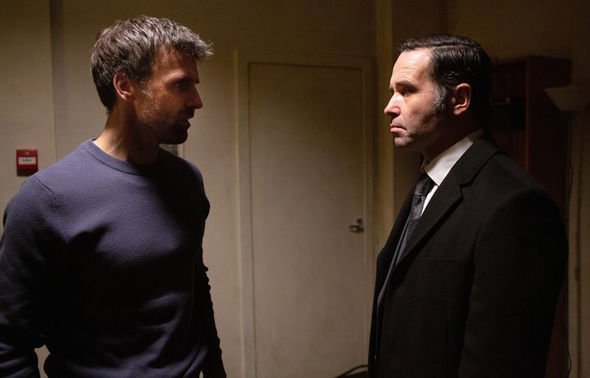 Marlon subsequently tried to kiss his ex, leaving her shocked as she told him she would not change her mind about leaving.

However, he had a change of heart and decided he wanted to go and make amends with Graham, who never showed up.

ITV viewers know Marlon had no involvement in Graham’s murder but police found the torch Pierce had used to kill Graham in Marlon’s house. 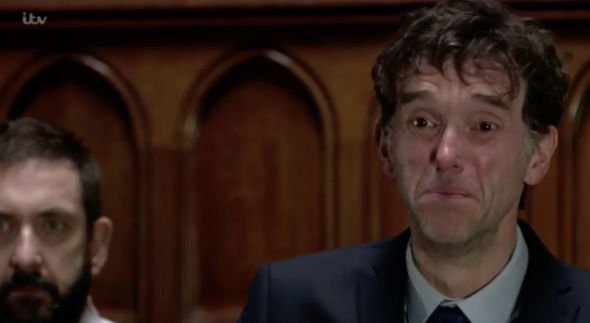 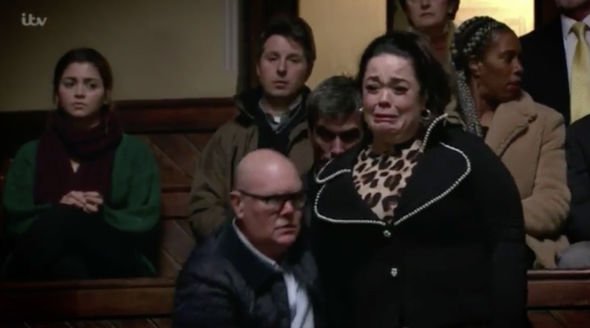 He was soon arrested as The Woolpack chef desperately tried to reassure his children and family he would be okay.

Last night Marlon appeared in court as he was told he would not be getting bail, and would have to stay in prison until June.

However, eagle-eyed viewers spotted an error as the judge seemed to tell Marlon the wrong date from his trial.

Marlon was told his trial would begin on “the sixth of June,” which is a Saturday.

Fans took to Twitter as they realised the issue with this information.

A murder trial would not start until a Monday, therefore this date was incorrect.

One wrote: “As 6th June is a Saturday, did @emmerdale mean Monday 8th June or Monday 6th July. How long is poor Marlon going to be locked up? #FreeMarlon #Emmerdale.”

Another echoed: “So Marlon is released MONDAY 6th June 2020… What a load of cobswobble! June 6th is a SATURDAY #FREEMARLON #emmerdale.”

“Judge mucked up there, 6th June is a Saturday #emmerdale,” wrote a third.

“Monday 6th June 2020? Not sure what planet they’re on in #Emmerdale but here on Earth the 6th June is a Saturday,” commented another.

A fifth joked: “Er 6th June is a Saturday! Judge got wrong month @markcharnock You’re in there until July mate #Emmerdale.”

As Pierce continues to stalk Rhona round the village, it’s only a matter of time before the pair come face-to-face.

If she comes into contact with Pierce, will she have the evidence she needs to get Marlon out of prison, or will something more sinister be on the horizon?

Emmerdale continues on Monday at 7pm on ITV