Emmerdale spoilers: Vinny to expose Mandy Dingle secret after she loses their fortune?

Mandy Dingle (played by Lisa Riley) is back in the Dales after a brief stint earlier in the year and this time she has a her son, Vinny (Bradley Johnson) in tow. The ITV soap legend has wasted no time in letting the Dingle clan know she’s strapped for cash but Emmerdale spoilers suggest it’s all a scam. In a shocking twist, it looks like Vinny will expose the real reason they’ve returned to the village.

In tonight’s episode, Mandy settled back into life in Emmerdale.

But it wasn’t long before the soap stalwart was up to her old tricks.

Joining her family for a drink, the Dingle runaway asked her relatives if they could help pay for her drinks.

However Vinny then pulled his mum to one side and confronted her over her actions. 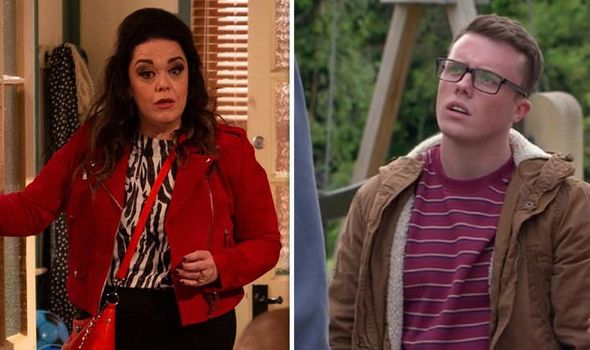 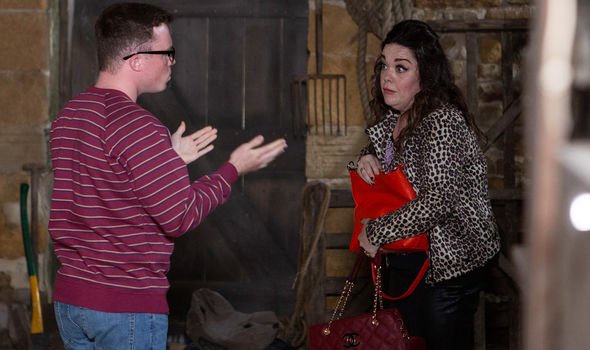 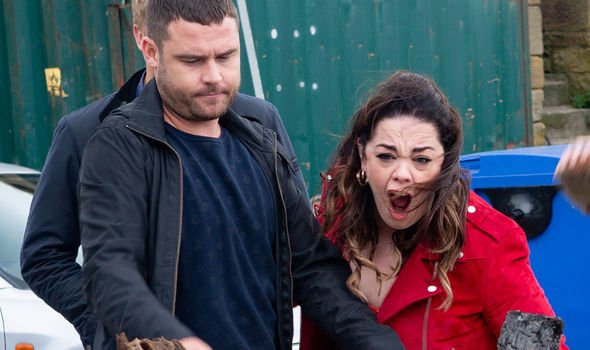 But Mandy reassured: “You’ve got nothing to worry about, I’m on it.”

After discovering the truth Aaron Dingle (Danny Miller) offers to help transfer the chips into cash.

However the pair end up in a large row over his cut of the stolen dosh and Aaron ends up dropping the bag into a burning barrel.

Watching their fortune burn in front of their eyes, Vinny could turn against his mum since she refused to listen to his warning.

Will Vinny expose the real reason the pair have returned to the Dales?

Whatever the cause of Mandy’s sudden arrival, knowing the Emmerdale legend it will certainly make for explosive scenes.

EastEnders cast: Actress admits she wants to move to rival despite return to BBC soap

On last night’s instalment, the lovebirds were almost caught in the act and Moira’s reaction suggests she no longer thinks the fling is worth jeopardising her marriage for.

However Nate won’t be too pleased if he’s dumped and forced to watch Moira play happy families with Cain.

Will the farmhand show his sinister side and take revenge?