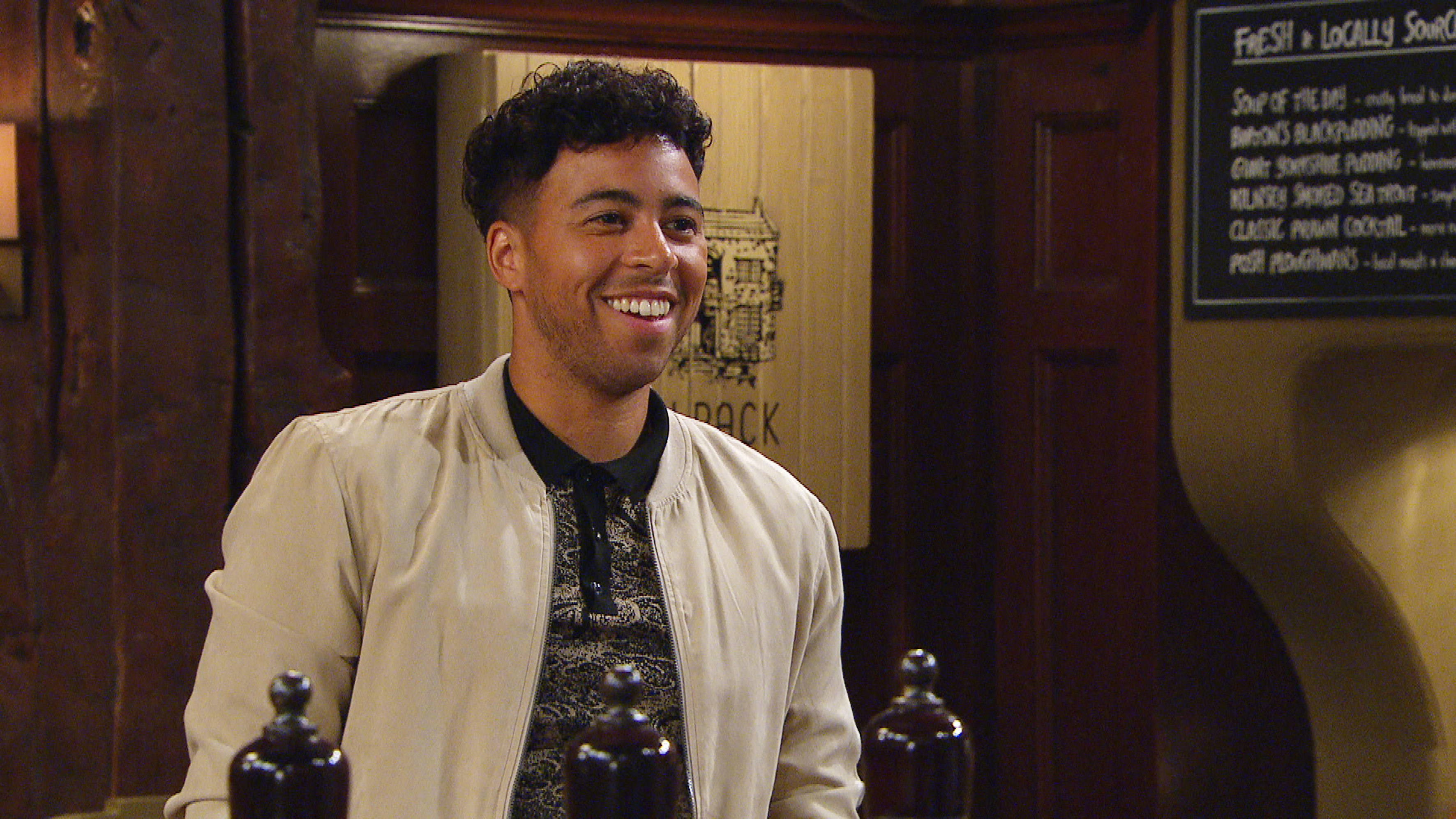 Emmerdale star Aaron Anthony has reportedly quit the show amid the ongoing racism row which has left co stars Matthew Wolfenden and Isabel Hodgins absent from the soap.

An investigation was launched after a clash on location while stunt scenes were filmed in which apparently offensive remarks were made.

The characters David and Victoria have been written out temporarily as the event has been probed, with a hastily written story saying they have gone on holiday.

But now Anthony, who plays Ellis Chapman, is seemingly unsatisfied with what has transpired and will be leaving the show.

A source told The Sun: ‘Aaron is bitterly angry about this situation and he has had to be persuaded to come back to Leeds to film his scenes in recent months.

‘He has done some filming over the last couple of weeks, but the understanding is that those scenes will be his last.

‘He has been very vocal in his opinions about the allegations and about the way in which the enquiries have been handled by the bosses.

‘He now feels his position on the show is untenable.’

Aaron’s character Ellis is currently in the middle of two major storylines.

Al’s enemy Gavin has threatened Ellis’ life if he doesn’t repay the money he is owed and elsewhere, Ellis is trying to support Priya as she overcomes the trauma of her burn injuries.