Emmerdale star reveals who Will actually loves – Kim or Harriet 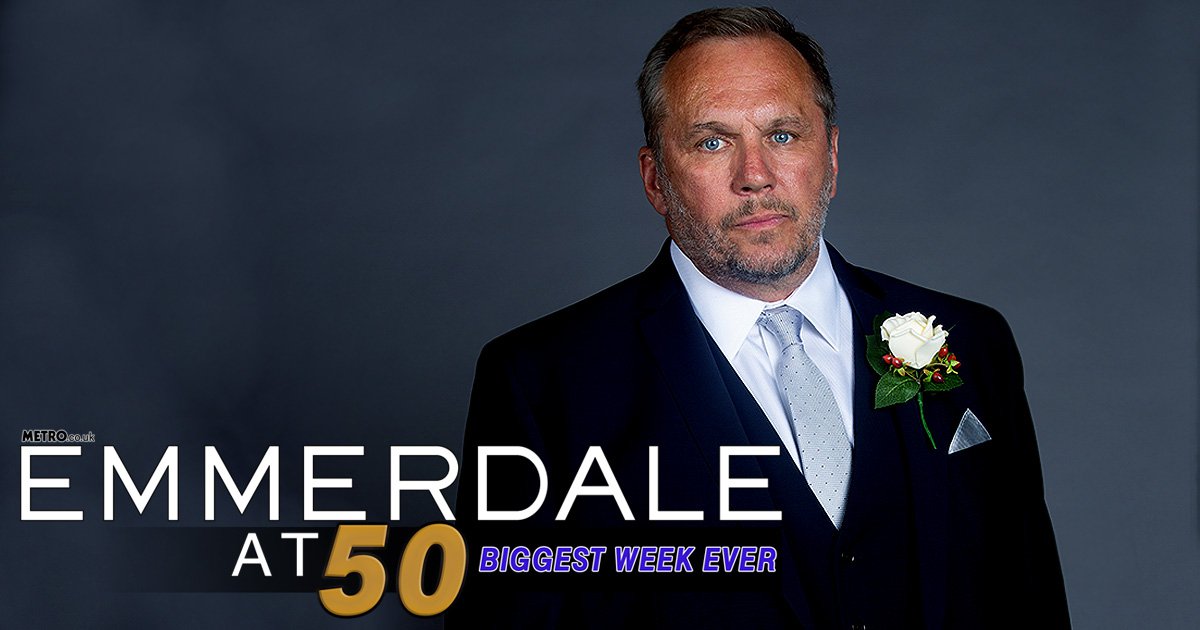 Will Taylor (Dean Andrews) is torn between two women as Emmerdale’s 50th anniversary arrives. He’s about to be married to Kim Tate (Claire King), but Harriet Finch (Katherine Dow Blyton) has recently revealed that she’s still in love with him and thinks he feels the same.

Harriet and Will were previously engaged until she ruined things by having an affair with DI Malone – who was killed by Will’s daughter Dawn (Olivia Bromley), with Harriet helping to conceal the crime.

So there’s most certainly history between them, although Will seemed to have found happiness with the feisty Kim.

So which of the women is Will’s soul-mate? Dean Andrews is absolutely clear on that point: it’s Kim.

‘He still cares about Harriet,’ he says. ‘They’ve obviously had a lot of history. He forgave her for her wrong doings and she forgave him for his. They had a special bond but I do feel he has moved on and really cares about Kim now.’

When Kim discovers that Harriet has been making a play for her man, she’s obviously not happy, as Dean explains. ‘She thinks he’s taking her for a ride when in actual fact he does love her.

‘She wants to sort it out, firstly with Harriet and then with Will. I think her reaction is one that you’d expect. But hopefully she will forgive him.’

As the day of the wedding finally comes around, Kim arrives at the church looking magnificent on a horse, and this seals the deal for Will as far as Dean is concerned.

‘Her arrival just emphasises how much Will does love her when he sees her,’ he says. ‘She’s a beautiful lady and looks fantastic on the horse. He feels really lucky to have her in his life and to be marrying her.

‘I think they are a great couple. They’re both really similar in some ways but there’s a little bit of yin and yang. As posh as Kim is and as common as Will is, they both see life with a similar eye. Opposites attract.’