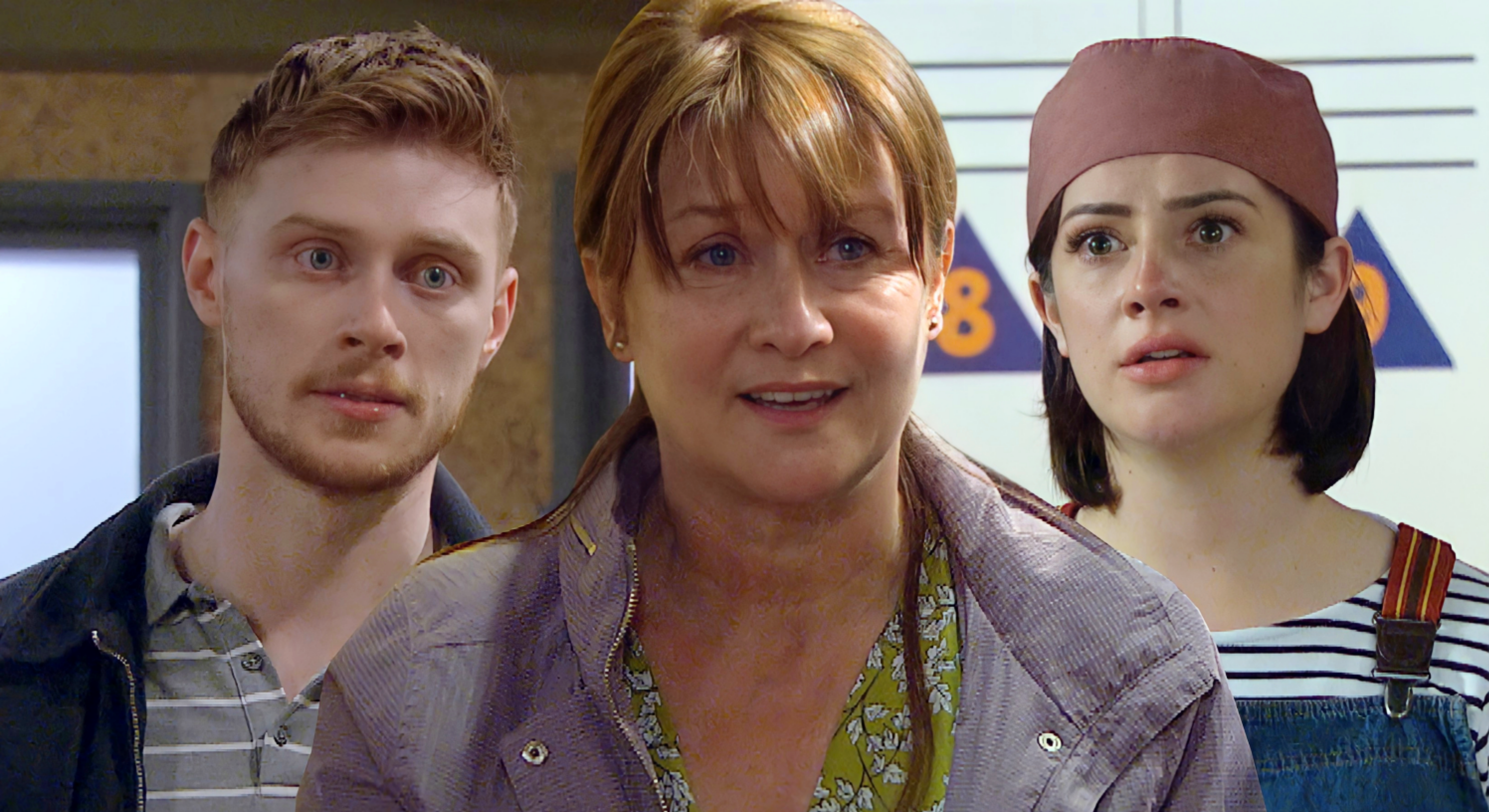 Emmerdale’s Wendy Posner (Susan Cookson) is on a mission to get Luke (Max Parker) to come clean to Victoria Barton (Isabel Hodgins) in the wake of his shocking admission.

Last Friday’s edition (June 4) of the ITV soap saw Luke open up about what really happened in the past with his boyfriend Stephen.

He confirmed that the relationship was an ‘intense’ one, and therefore he was planning on introducing him to Wendy.

Before he could do so, he was assaulted in a violent homophobic attack, and said attack was carried out by none other than his own brother Lee (Kris Mochrie).

Luke fought back and Lee ended up hitting his head – on the very same day he had the deadly altercation with Robert Sugden (Ryan Hawley).

Wendy, now believing that Luke could’ve been responsible for Lee’s death and not Robert, has urged her son to tell Victoria the truth.

‘After everything that happened with her son Lee, she’s desperate to get things right with Luke, and also make sure the decisions are right for everyone involved,’ actress Susan Cookson explained.

Luke, however, has refused to reveal all to Victoria, and he’s threatened his mum to keep shtum.

‘Wendy sees a side to Luke that is a bit of a shock,’ said the soap star. ‘Basically, he tells his mum that if she doesn’t keep quiet, she will lose another son – and more than that, she could lose access to her grandson.

‘That’s hard, but Wendy still feels as though she has to do the right thing. She can’t live her life based on threats.’

Susan revealed that, despite the heavy emotional material, she really enjoyed filming the scenes with her fellow co-stars Max and Isabel.

‘We had a whole day of filming two-hander scenes, just me and Max Parker [Luke] – they were brilliant and very emotional. It gives you a lot of food for thought as an actor learning those scenes.

‘Izzy is an absolute joy, and so lovely to be around.’