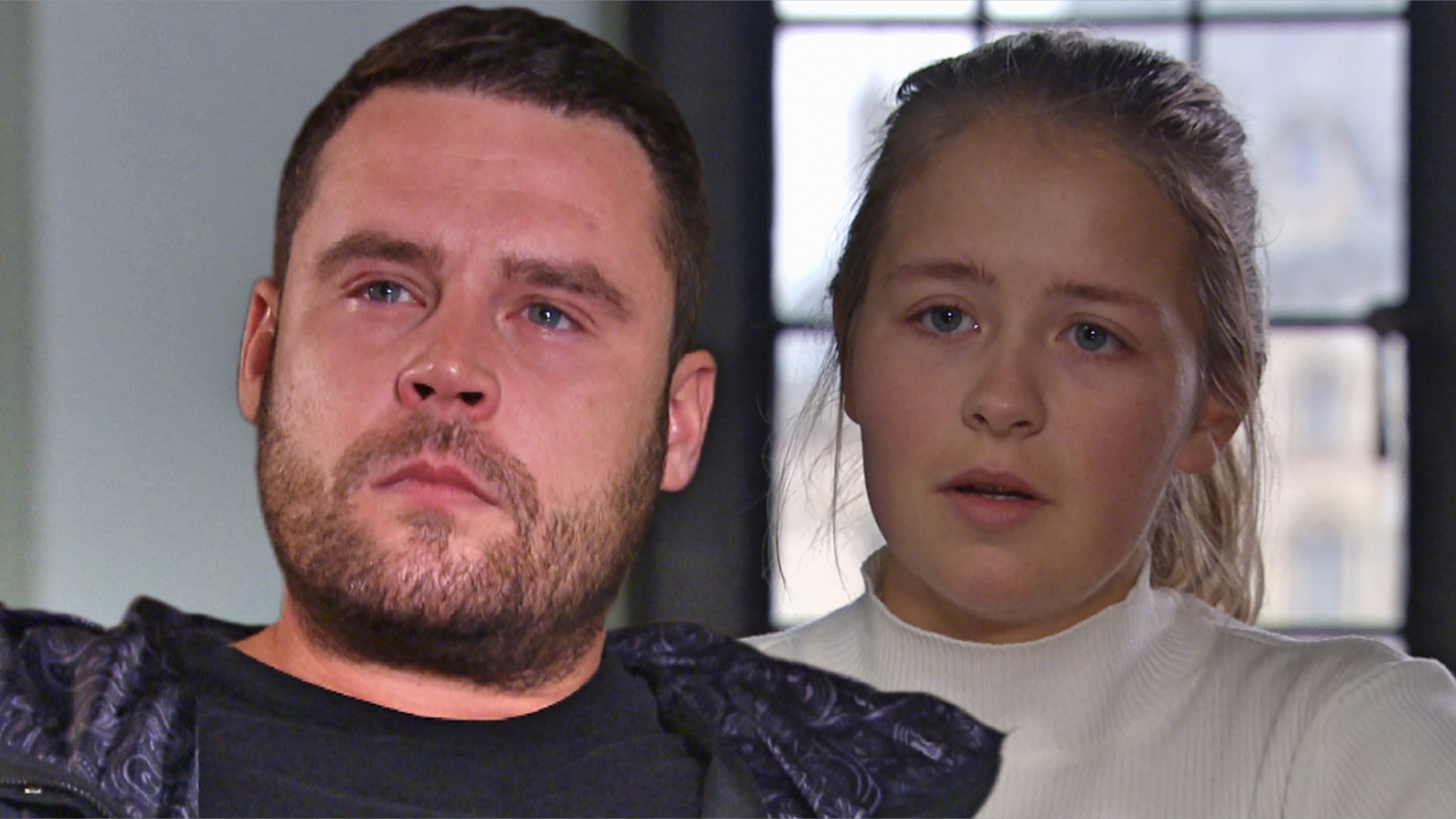 Now that he is set to return for the soap’s 50th anniversary, will they be able to repair their relationship?

Liv was left feeling abandoned when Aaron left amid her struggle with alcoholism, as she faced prison after being implicated in the murder of Aaron’s boyfriend, Ben Tucker (Simon Lennon).

Now that he’s back, he is determined to fix things.

‘He knows he’s got groundwork to make up’ Danny explained.

‘Originally, he comes back cos [sic] he knows his gran’s not very well and so he’s come back to see her, in the meantime he can have an opportunity to see Liv and try and right the wrongs.

‘Obviously, he left on the back of quite a whirlwind of fighting and arguing and all that kind of stuff, Liv’s drinking and everything that happened with Ben. He obviously had to get away.’

Despite their arguments, Liv and Aaron have always had a very close bond.

‘For me personally it’s a bond you can’t really ever lose.’ Danny said.

However, Isobel thinks it will take more effort for the pair to get back to how they were before.

‘It’s something she’s really struggled with over this year’ she explained.

‘Aaron leaving was a massive hole in her life, she’s really had to work to get over that.

‘To let him back in would require a lot of forgiveness and understanding most of all, of why he left. I don’t think that she got the answers that she wanted.

‘They need to have a chat and work through what happened and go back to the start where they do have a great relationship and a closeness, like Danny said, that can’t be broken, they just need to realise what they used to be, go back to how they were when they were both younger.’

While things may be awkward between Liv and Aaron, Isobel and Danny are getting on as well as ever on set.

‘It genuinely feels like he’d not been away at all when we were back in the Mill.’ Isobel said. ‘It’s so ingrained in us filming in that set all the time felt like yesterday he’d been there.’