Usually, Emmerdale airs every weeknight on ITV from 7.30pm, with hour-long episodes shown on Thursdays. However, the popular soap has been pulled from its regular scheduling slot on Tuesday night in order to show the live Women’s International Football match.

Instead of seeing the drama unfold in the Yorkshire dales on Tuesday evening, viewers will have to wait until Wednesday as the soap won’t be airing at 7.30pm as usual.
Taking its place will be the qualifiers for the female World Cup which will see England play Luxembourg at the Bet365 Stadium in Stoke.
Laura Woods will be presenting all the action from both teams from 7pm with kick-off starting half an hour later.
Viewers will also see Ian Wright and Karen Carney analyse the match with commentary from Seb Hutchinson and Emma Hayes. 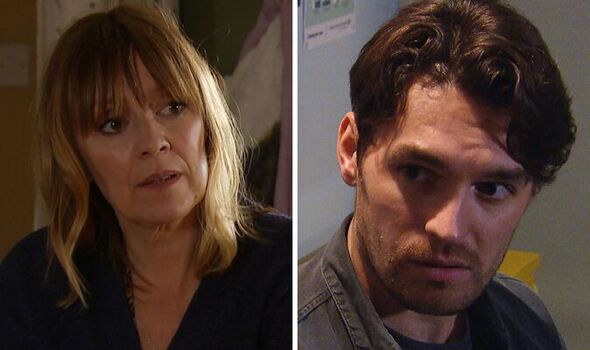 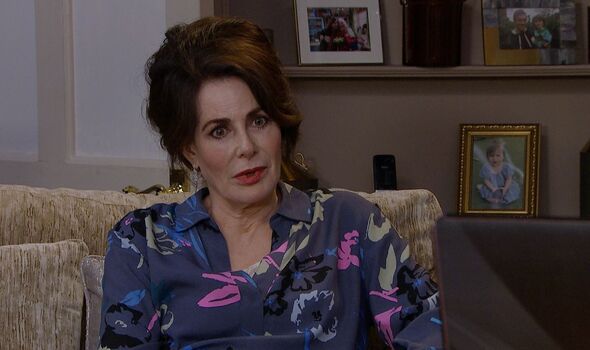 Although Emmerdale fans will be missing an episode on Tuesday, ITV will be treating viewers with an hour-long episode on Friday to make up for the missed half hour.
Currently, Emmerdale has been amping up its storylines as the soap gets ready to head into its 50th anniversary next month.
Although the show is keeping tight-lipped about what’s ahead, it’s been confirmed a villager will be hit by a disaster storm.
Fans will also see the return of characters Aaron Dingle (played by Danny Miller), Tracy Metcalfe (Amy Walsh) and Diane Sugden (Elizabeth Estensen). 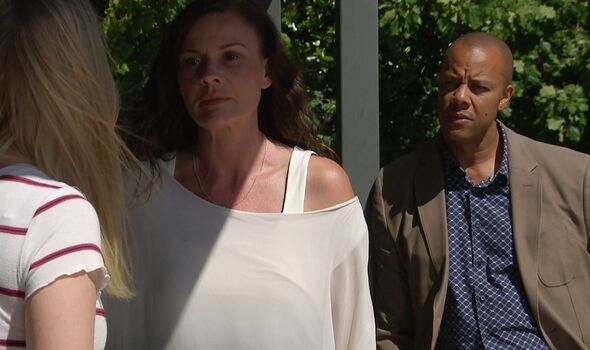 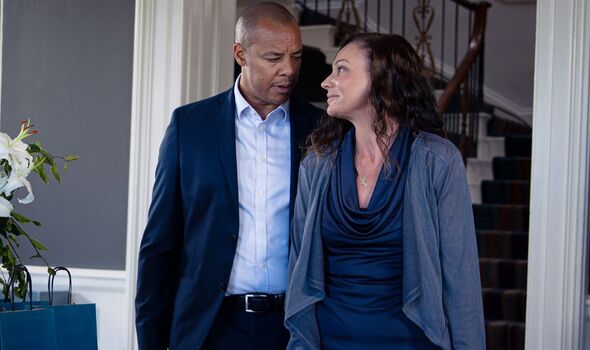 Ahead of the 50th celebrations, producer Kate Brooks touched on what viewers can expect to see.
Touching on the storm, she told Express.co.uk: “Some of our best-loved villagers will be in peril and it’s safe to say that the village will never be the same after this.
“The impact this storm has on people’s lives is just massive. That is our big set-piece stunt.
“Throughout all of this, we also have stories that’ll be massive and peaking across the month of October.”

Kate added there are certain elements of filming the storm that she’s not seen on another soap drama before.
She teased: “It’s very exciting and nerve-wracking to be part of that.
“Hopefully it’ll all be brilliant.”
Currently, in the soap, fans have seen the secret romance between Chas (Lucy Pargeter) and  Al (Michael Wildman) escalate.

Despite trying to call things off, Chas couldn’t stay away from Al after he confessed his love to her in recent episodes.
Planning to cool things off with his partner, he admitted to Chas that he hates seeing her with her husband Paddy (Dominic Brunt).
In a heated row, he said: “People walk out on marriages all the time,” with her replying: “Not this one.”
Although as it’s clear to fans she can’t stay away from Al, could Paddy be set for heartbreak?
Emmerdale continues Wednesday on ITV at 7:30pm