Emmerdale's Aaron charged with breaking into Eric's: 'I'm going back to prison' 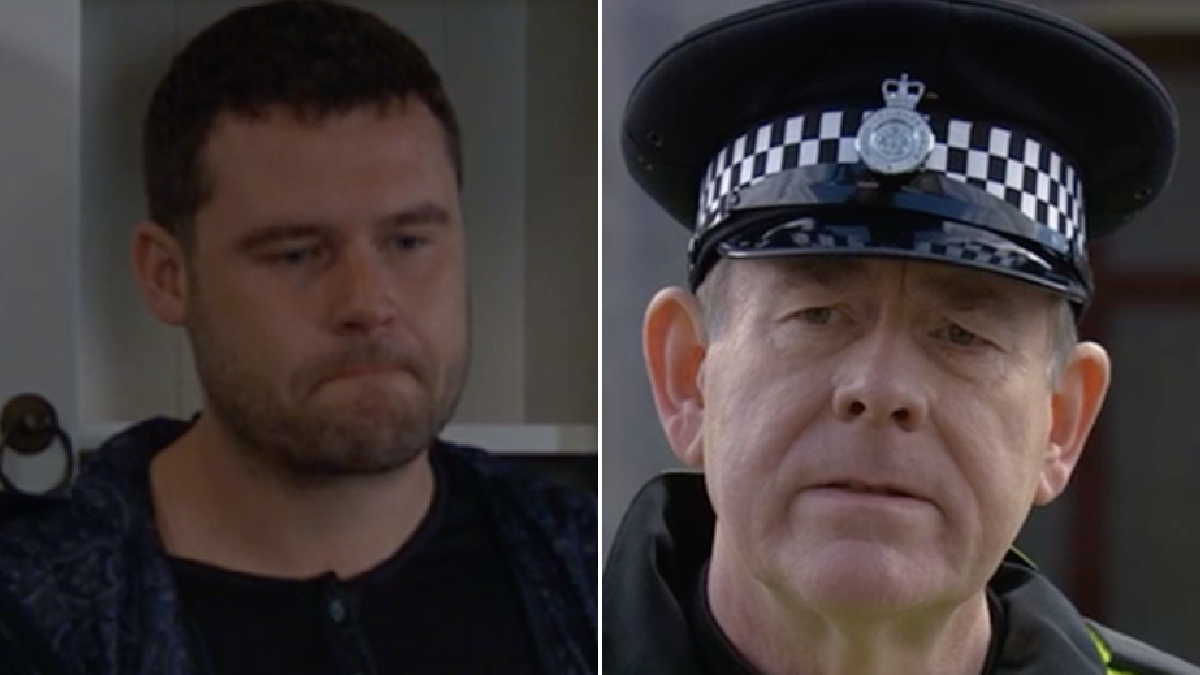 ‘They’ve charged me,’ he told an inconsolable Chas (Lucy Pargeter), ‘I’m going back to prison, mum.’

PC Swirling had previously arrived in the village to speak with Eric, and informed him that all charges against him had been dropped.

This came as a relief to the legend.

Aaron, however, was not so lucky, as the copper told him to accompany him to the station.

It was then that Aaron was told that he’d been charged.

The young man is incredibly worried about sister Liv Flaherty (Isobel Steele), who has started drinking once again.

Desperate to help, Chas decided to have a go at making Liv see sense, and in order to do so, she locked her in her home – and refused to leave until she agrees to leave the booze alone!

Will Chas be able to get through to Liv?

What’s more, will Aaron be going back to prison?

Emmerdale continues Wednesday May 19 at 7pm on ITV.

MORE : Emmerdale star Samantha Giles explains why she has to wear a wig as Bernice returns