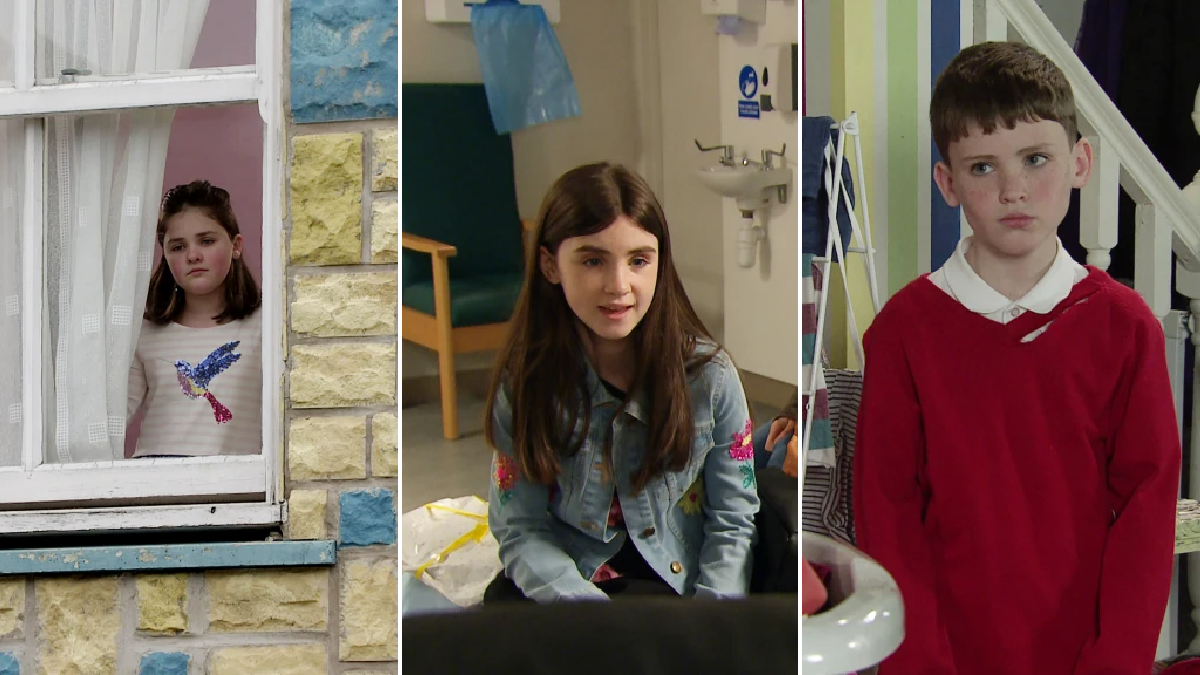 Emmerdale star Amelia Flanagan has joined her Coronation Street siblings and their co-star for a set tour.

The actress, who plays April Windsor in the ITV soap, is the older sister of William and Isabella Flanagan – who play Joseph Brown and Hope Stape in Corrie.

The siblings recently joined Jude Riordan (Sam Blakeman) for a tour of the Coronation Street set as part of a ‘Cast and Crew fun day’.

Uploading a picture to Instagram, Jude is seen alongside Amelia, William and Isabella outside the Rovers Return.

‘Great day at the Corrie Cast fun day. Good catching up with Team Flanagan’, he wrote alongside the picture.

Jude also shared a shot of himself and brother Zach, who recently appeared in an episode of Corrie.

Zach played a chess opponent who went up against Sam in the competition.

Zach’s character, Oscar, didn’t say anything, and walked out after Sam won the game.

Over in Emmerdale, Amelia’s character April is currently at the centre of a huge storyline involving dad Marlon (Mark Charnock) – who recently suffered a stroke.

When Marlon returned home from hospital, April helped him with a glass of water, but feared he was having another stroke when he started to choke.

Rhona (Zoe Henry) saved Marlon, but it increased April’s fear, leading to Marlon wondering if he should return to hospital to ease the stress on his family.