Emmerdale's Danny Miller and girlfriend are engaged and expecting a baby 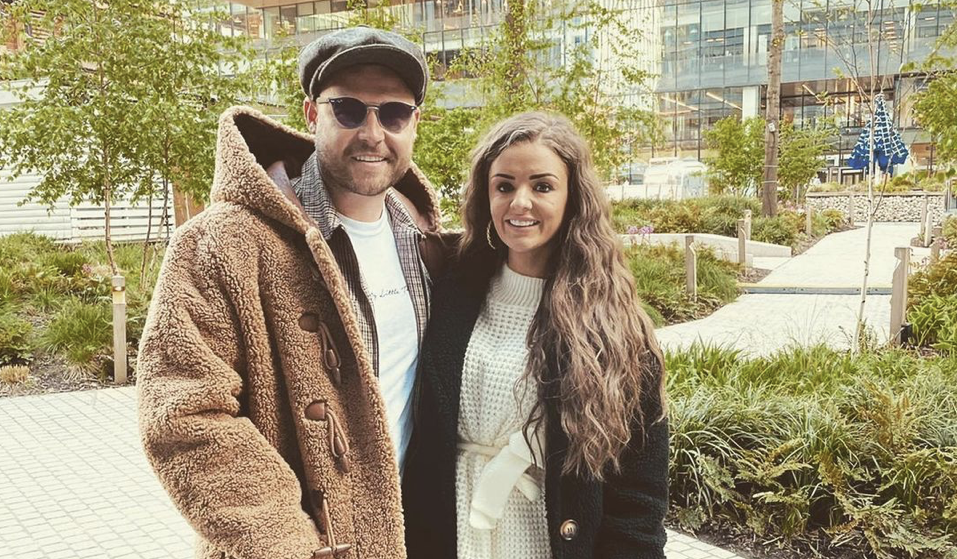 The actor – who plays Aaron Dingle in the ITV soap – proposed to Steph in St Lucia earlier this year.

Steph fell pregnant a month later, despite her having been told that it wouldn’t happen for she and Danny ‘naturally’.

‘It was unbelievable because we’d been told it probably wasn’t going to happen for us naturally, so we just feel so incredibly lucky’ Danny told OK! magazine.

‘We’re very humbled by it as we know not everyone is as lucky.’

‘It was a massive surprise,’ added Steph, ‘Because emotionally we’d been psyching ourselves up for IVF.

‘It was meant to be. We got engaged at the beginning of January and
found out we were expecting in February.’

Danny was unable to pick up to the phone when Steph first learned that she was pregnant, as he was in the middle of filming Emmerdale’s huge barn explosion stunt.

‘I rang Steph and she was laughing but crying and I just knew,’ the soap star said, describing the moment he found out. ‘With us being with the IVF consultant the day before, I was in complete shock. I started crying.

‘It’s making me emotional to think about it now. I bought another
pregnancy test on the way home, not that she had to prove it, but I just
wanted that moment for us.’