Emmerdale resident Kim Tate (played by Claire King) has had her fair share of drama in the Dales over the years and one earlier storyline diehard fans of the ITV soap will remember is her iconic love triangle with her husband, Frank Tate (Normal Bowler), and Dave Glover (Ian Kelsey). With episodes involving the scandal at its peak airing once more, Claire admitted “it’s a shame” her on-screen lover was killed off on the show shortly after their affair was exposed.

Kim returned to the village in 2018 and was soon back to her scheming ways after nearly two decades away in the soap, to get revenge on the Dingles.

Since then, she has been involved in a number of explosive storylines, including the return of her son Jamie Tate (Alexander Lincoln) as a grown-up and her involvement in Graham Foster’s (Andrew Scarborough) demise and murder.

She was one of the main suspects after Graham’s lifeless body was discovered due to the fact the pair’s relationship had soured over recent months.

However, Kim is not new to being at the forefront to some dramatic plots, with one notable past storyline being her affair with Dave Glover whilst married to husband Frank. 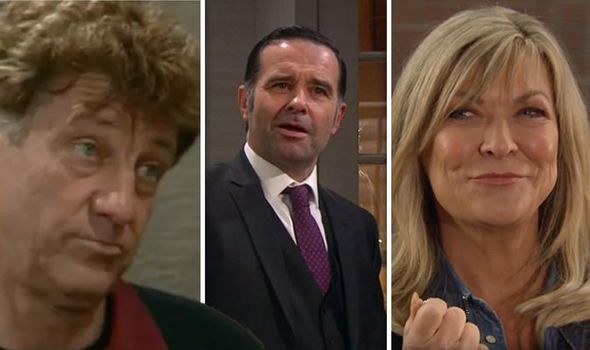 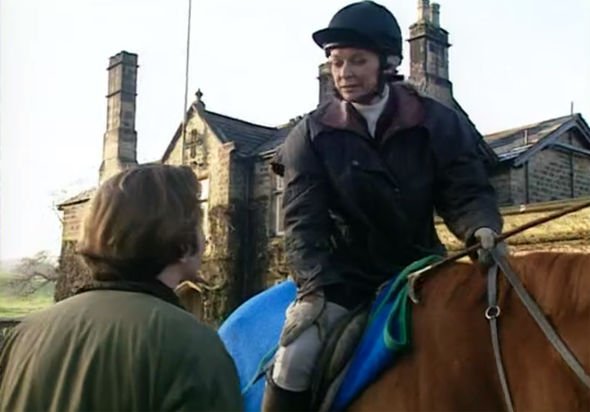 With the coronavirus cutting the number of episodes of the show in half each week, there has been some distraction for fans elsewhere.

Viewers can stream repeats on the soap on ITV Hub, with many long-term fans are eager to watch back from the earlier days of the Dales.

The service recently added episodes from the mid-90s, where Kim’s affair with Dave was at its peak and recently, Claire spoke out on the old storyline.

Asked what her favourite moment from the past era of the soap was, she noted: “It was definitely the Frank-Kim-Dave love triangle. It was one of those that gripped everybody.” 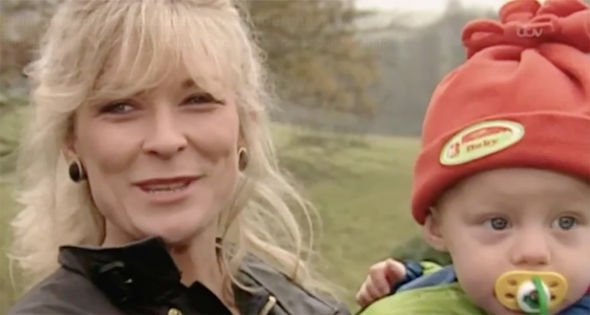 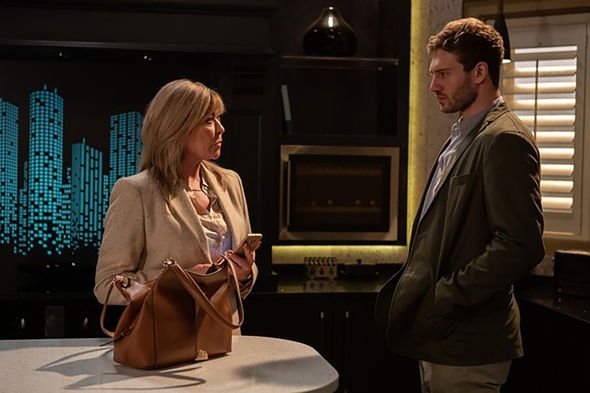 Frank quickly rumbled the pair and caught them in the act, with Kim later finding out she was pregnant, leading them to get divorced.

He was rushed to hospital but his injuries were too severe, with Claire adding: “It was a shame that Ian Kelsey decided to leave and died in a fire, but as he says he probably had a twin brother that could always come back.

“They were a great couple and worked well together, they were good, fun times. If anyone could come back I would love it to be him.”

The actress also revealed she believed the character was her alter-ego’s true love, until Graham came along, not ruling out the possibility he could be Jamie’s dad.

On whether she believed Dave was the love of Kim’s life, Claire noted: “I honestly believe that he was. I think she still believes that it was possibly Dave’s baby.

“Frank went to get a test done but he had to bribe them so there’s still that grey area although Jamie thinks Frank’s his father and Kim’s let that ride.”

However, could there be a new bombshell in-store for Jamie, who is still dealing with the fallout from his estranged marriage to Andrea?

The star said: “I think in her heart of heart she still thinks there’s a possibility it could be his. He was definitely the love of her life up until Graham.

“With his death, you’ve seen how affected she was by it and she’s realised she didn’t make her feelings known to him as she should have done, as she really did care for him but I doubt as much as she did for Dave, I think it’s fair to say Dave was her one.”

Elsewhere, Jamie’s affair with Belle Dingle (Eden Taylor-Draper) was exposed to all his nearest and dearest last night after Andrea enlisted the help of best friend Leyla (Roxy Shahidi) to come up with a revenge plan.

As the pair will struggle to know what to do next, could Kim end up intervening with her son’s love-life as it takes yet another chaotic turn?

A new collection of classic Coronation Street and Emmerdale episodes can be streamed on BritBox now.