Emmy Snubs and Surprises: 7 Major Moments from the 2021 Awards

When all is said and done, the Emmys are gonna do what the Emmys are gonna do, a truism that was never so true-ish as it was Sunday night by the time 2021 Primetime Emmy Awards ceremony came to an end. While Netflix had as big — if not bigger — night than expected, it took a slightly unexpected route to get there, which feels wholly representative for an event that felt zero percent unexpected and simultaneously 35 percent weird.

The bulk of the evening’s strangeness came from the acting categories where winners were exclusively white, a step in the wrong direction with regards to recognizing the breadth of talent available, leading entire affair back into #EmmysSoWhite territory.

But setting aside the pasty reality of what it means when you embrace a series centered on the United Kingdom’s royal lineage, there were plenty of disappointments and delights lurking around every corner at the Emmy Awards.

If there’s been any kind of routine established within the first two years of Disney+’s existence, it’s that each year, TV journalists wring their hands over the inevitable Emmy takeover by whatever mainstream film franchise has deigned to make a TV series — and I use that term lightly. Last year it was “The Mandalorian,” which came out of the gate hard with 15 Emmy nominations. It ultimately won seven. This year, the show had an even better performance when nominations were announced, with 24 nods. It again ended up with seven awards.

But “The Mandalorian” wasn’t the only series knock, knock, knocking on the Emmys door. This year also saw Marvel’s “WandaVision” score an incredible 23 Emmy nominations, seemingly becoming a clear and present danger for all of the shows competing in limited series. Alack and alas, now that the Emmy dust has cleared, the series took home only three Emmy awards, all of them on Creative Arts weekend. That meant Paul Bettany, Elizabeth Olsen, and Kathryn Hahn went home empty-handed on Sunday night.

While fans were out of sorts on Twitter as the ceremony played out, it was just another reminder to pundits that while the Television Academy loves to nominate Disney+ shows, they’ve not yet proven themselves ready to fully embrace them. 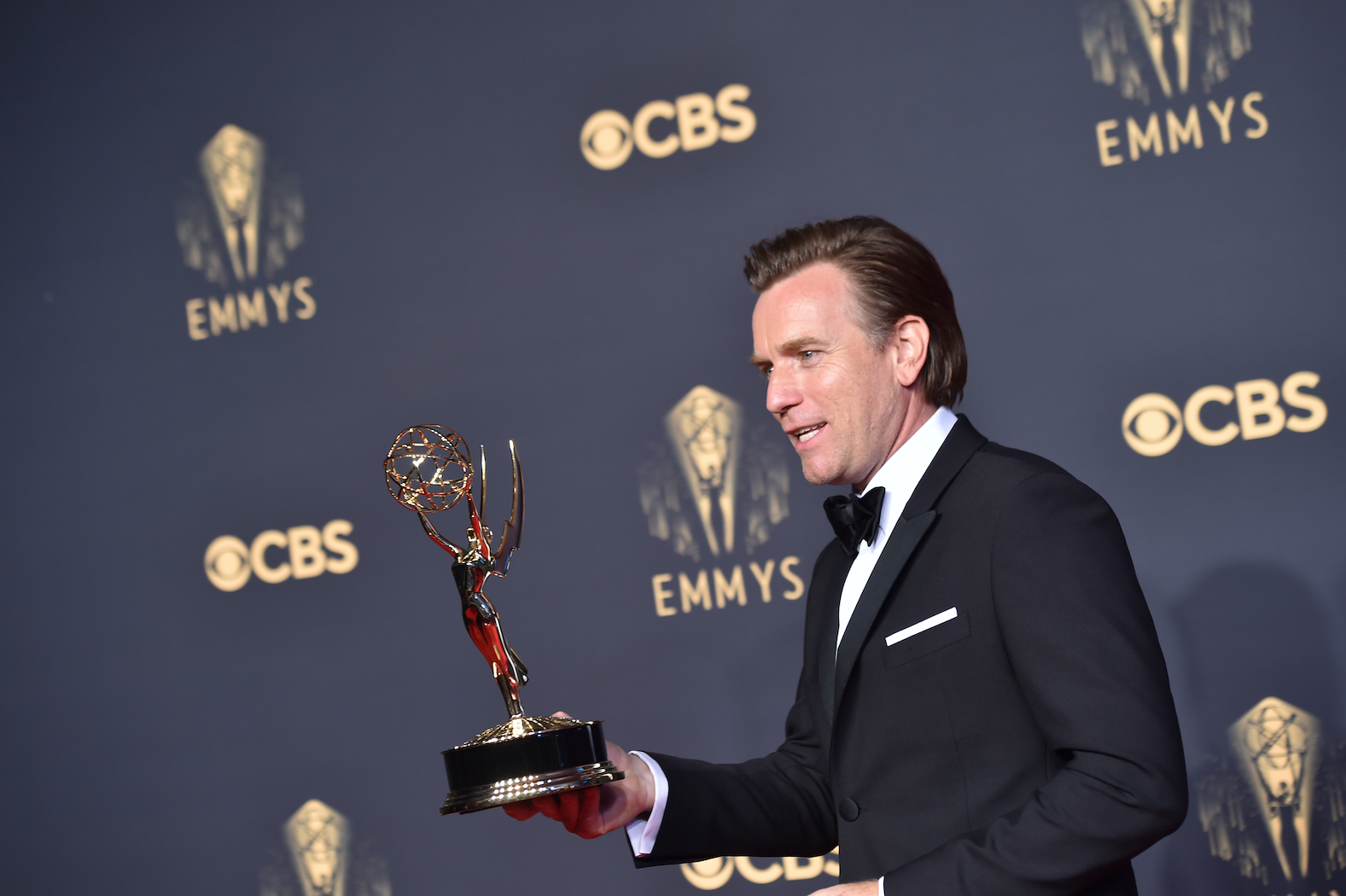 That is, of course, the operating theory as to why Ewan McGregor scored an Emmy award on Sunday night, despite the fact that the Netflix limited series received a lukewarm reception upon release. Is this a situation where voters watched this lackluster series and thought that McGregor was the best part of a bad show or is it a situation where people checked the ballot, found themselves uninspired by the other nominees in an admittedly weak category and remembered how much they liked McGregor in “Moulin Rouge”? You make the call.

Also, if they had just nominated Ethan Hawke for Showtime’s “The Good Lord Bird” we all could have avoided this messy scene.

In the wake of Michael K. Williams’ untimely death earlier this month, there was a chance to honor his memory by rewarding his performance in HBO’s “Lovecraft Country.” Though final Emmy voting had closed a week before, with the widespread nomination love for “Lovecraft Country,” despite its cancellation, a Williams victory seemed not only plausible, but possible.

Particularly given his in-category competition. While Williams was surrounded with plenty of other iconic TV performers, his main competition was Tobias Menzies, arguably the weakest — Menzies had not previously been nominated for his role as Prince Philip, nor had he been able to score (deserved) nominations for his tenure on Starz’s “Outlander” — contender from the deep bench of nominees from “The Crown.”

It was not to be. Menzies rode “The Crown” victory wave and the opportunity to honor Williams was lost. 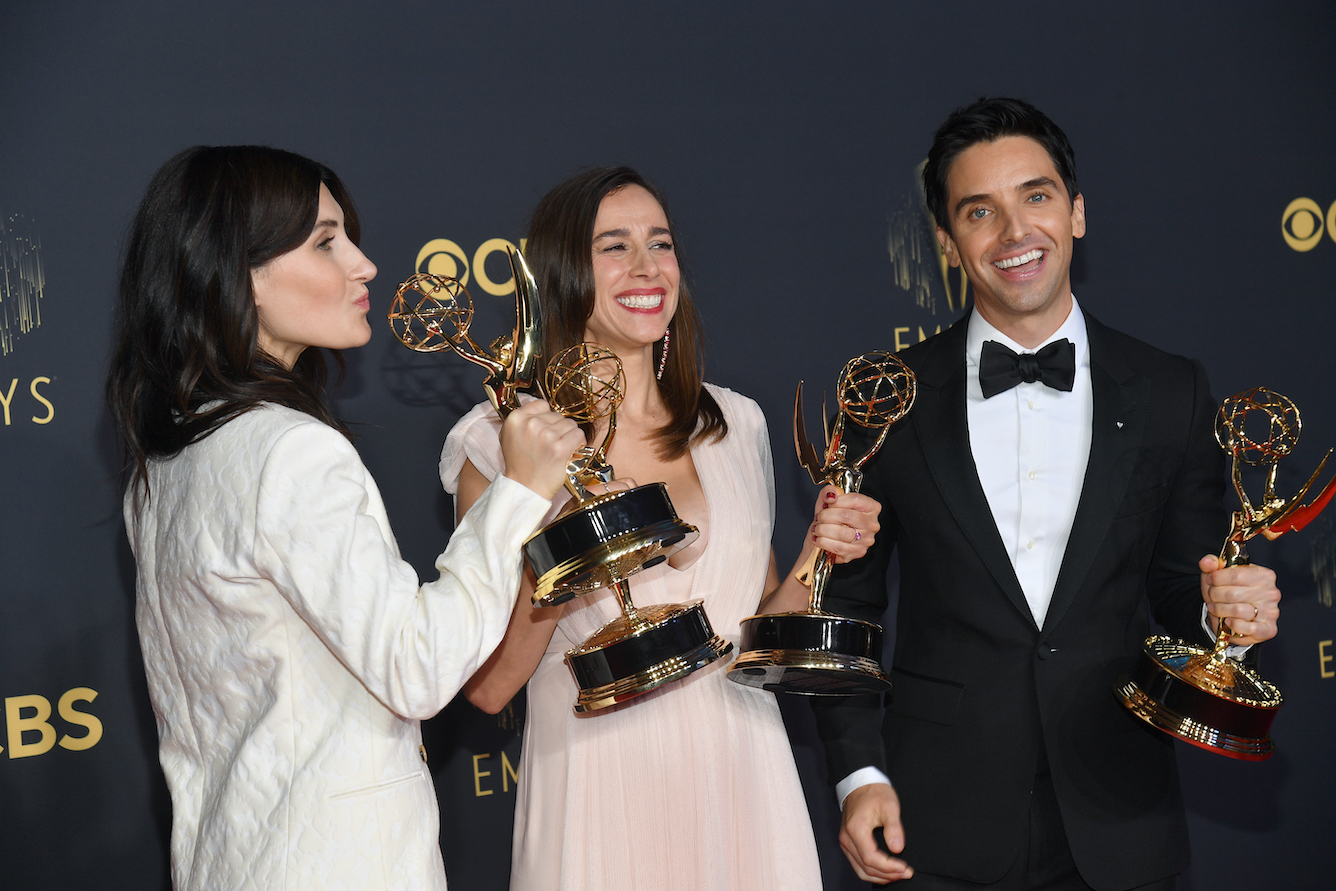 If there is one thing that is true about IndieWire, it’s that we love both Apple TV+’s “Ted Lasso” and HBO Max’s “Hacks” very much, so this year’s Emmy ceremony made us really empathize with Olivia Manning and all of those football games she must have watched thinking, “I wish I had daughters.”

When “Ted Lasso” took the first two awards of the evening, after winning three Creative Arts Emmys last weekend, it was a bit concerning, as it appeared as though “Hacks” could easily become comedy’s “Ozark,” a series that could score Emmy nominations by the boatload but had a tendency to be edged out come showtime, give or take an acting award.

Imagine our surprise then, when “Hacks” had its own moment in the sun in the middle of the ceremony, scoring Emmys for comedy writing and directing, followed immediately by Jean Smart winning for Lead Actress.

After last year’s sweep by “Schitt’s Creek” (and this year’s tendency to recognize singular shows, rather than spread the love), it’s a huge relief to see acknowledgement that there’s more than just one good comedy on TV. Of course, this improvement brings the theoretical total to two good comedies on TV, but we’ll take incremental progress where we can get it.

Snub: Give Me “The Queen’s Gambit,” Hold the Queen

Each year, it’s impossible to tell what’s going through voters’ minds when they complete their Emmy ballots. What spurs them to choose Ewan McGregor? Where are their heads at when they opt for Olivia Colman over breakout Emma Corrin?

Which brings us to Lead Actress in a Limited Series, where Kate Winslet took home the Emmy for her work on “Mare of Easttown” edging out Anya Taylor-Joy, who had been the presumptive favorite since the premiere of “The Queen’s Gambit” 11 months ago. While it’s not strange that a global film icon would beat out an up-and-coming starlet, what does feel strange is just how the Television Academy felt about both of the limited series. “Mare” earned four Emmy Awards total, three of which came Sunday night for acting performances, with accolades going to Evan Peters and Julianne Nicholson along with Winslet.

“The Queen’s Gambit,” on the other hand won, well, everything else. Clearly an exaggeration, but the Netflix limited series did win 11 awards off of 18 nominations, including Limited Series, Directing, Sound Editing, Sound Mixing, and so on. It tied with “The Crown” for the most Emmy Awards for the year and yet, not one of those prizes went to the woman who was the show’s true queen: Taylor-Joy.

It’s not wrong, per se. It’s just not right. 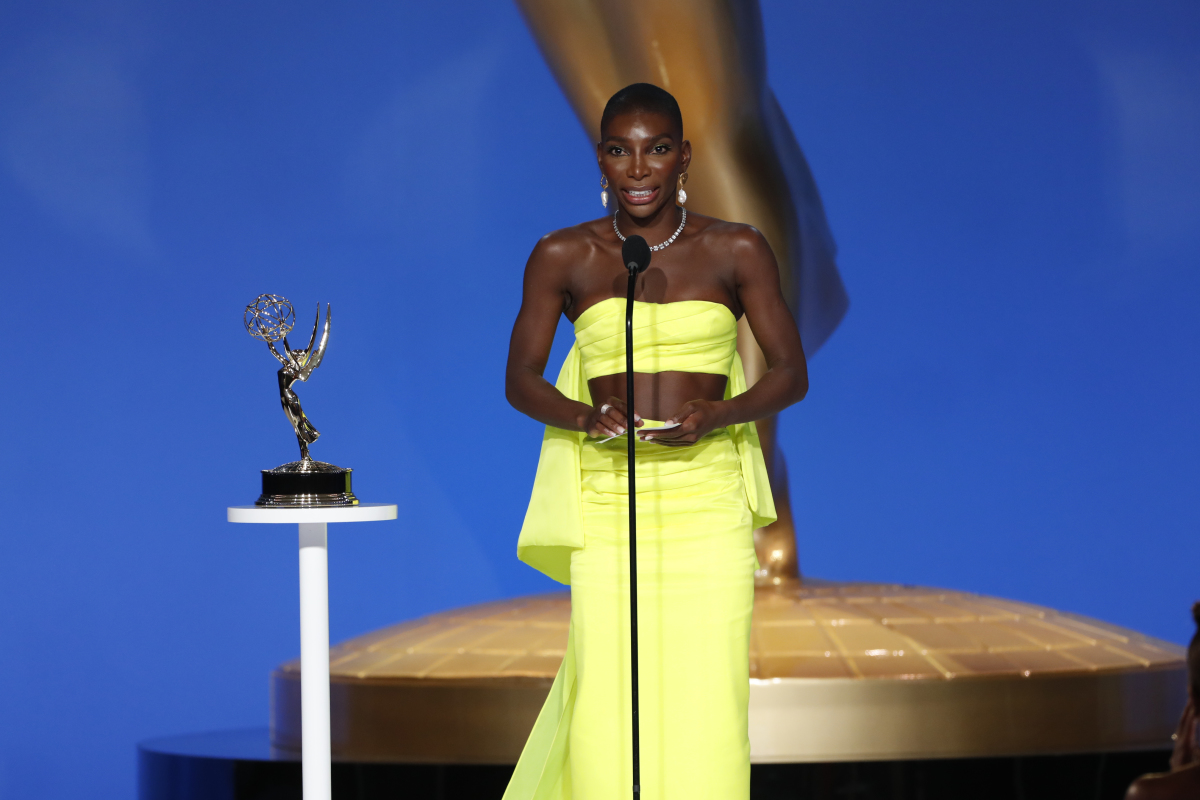 Michaela Coel at the 2021 Emmys

Michaela Coel’s win in Outstanding Writing for a Limited Series shouldn’t necessarily be categorized as a surprise. It would be more accurate to call it a delight. While there was a lot of hope and buzz around the idea that Coel and “I May Destroy You” could triumph at the Emmys, the lesson we’ve all collectively learned in recent years is that hope can be a dangerous thing.

“I May Destroy You” was released 15 months ago and it seemed precarious that it could stay fresh enough in the Television Academy’s mind to garner the attention it so richly deserved. While it wasn’t able to earn all of the accolades it should have had coming its way, that Coel’s brilliant and empathetic text was able to shine through over a year later is a testament to the power of her words and impact of her creation.

It’s always best when the Emmys get it right.

You know, during the Creative Arts Emmy Awards, when “Hamilton” won only one prize, for Outstanding Technical Direction, Camerawork, Video Control For A Special, I was comforted. Perhaps the re-animated corpse of a Broadway show would find itself relegated to the shelf with all of the other non-television offerings that manage to sneak their way into Emmys competition.

It was a comfort that continued as none of the performers from the show — taking up so many nominations that could have gone to other, actual, TV performances — managed to nab a trophy either. Surely, the Television Academy had decided to award the prize for Outstanding Variety Special (Pre-Recorded) to something like “Bo Burnham: Inside” or “David Byrne’s Utoptia” but, no.

The Emmy-winning “Hamilton.” Can’t wait until it sweeps the Oscars. How? Who knows, but I’m sure somehow it will find a way.