James Newman had odds of 100/1 to win the Eurovision Song Contest 2021 but many fans were certain his sing Embers would resonate with viewers. Sadly when the jury vote and public vote were announced it was revealed the UK had placed last.

The Ahoy Arena in Rotterdam erupted with a mix of boos and cheers as James received the disappointing news.

However he took it in his stride as he stood up and celebrated the UK and encouraged the crowd to cheer for him.

Many took to Twitter to slam the results with many insisting UK should boycott the results.

“Nobody has voted in #Eurovision and honestly I don’t blame them,” one viewer posted.

Another added: “Why do we even bother! #Eurovision.”

A third shared: “HAS ANYONE EVER GOTTEN ZERO POINTS BEFORE? #Eurovision #Eurovision2021.”

“We weren’t the best country but we definitely didn’t deserve 0 points #Eurovision,” someone else commented.

A fifth added: “James newman deserved so much better than 0 points!!!! #Eurovision.”

Another tweeted: “This is brutal the public votes right now #Eurovision.”

The UK was not the only country to receive nil points as Germany and Spain also received nil points in the public vote.

Alex Apati of Ladbrokes said: “Stranger things have happened, but the latest odds suggest James Newman has a near impossible task on his hands in Rotterdam tonight.”

Meanwhile, Italy remained the strong favourite to win with odds of 9/4 with France close behind at 11/4.

James had previously pleaded with the public to “stay positive” ahead of his performance.

He told Metro.co.uk: “For me, turning up with a song that fits into the modern competition, I’m showing Europe that I really care and I’m really doing everything I can to put on the best performance possible.

“People are responding so well here and everyone’s being so nice – it’s a celebration of music and people used to win all the time.

“We’re the third biggest winner. It’s just about showing people that you care and really putting in the effort and everyone’s really happy we are.” 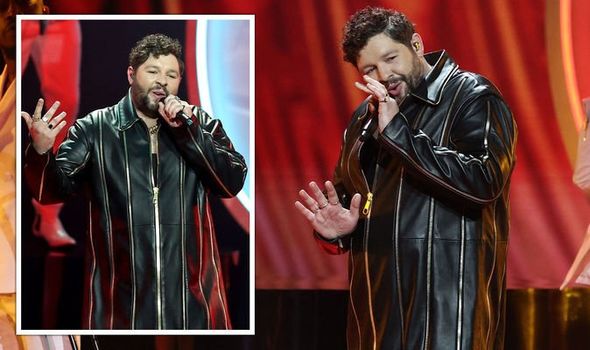