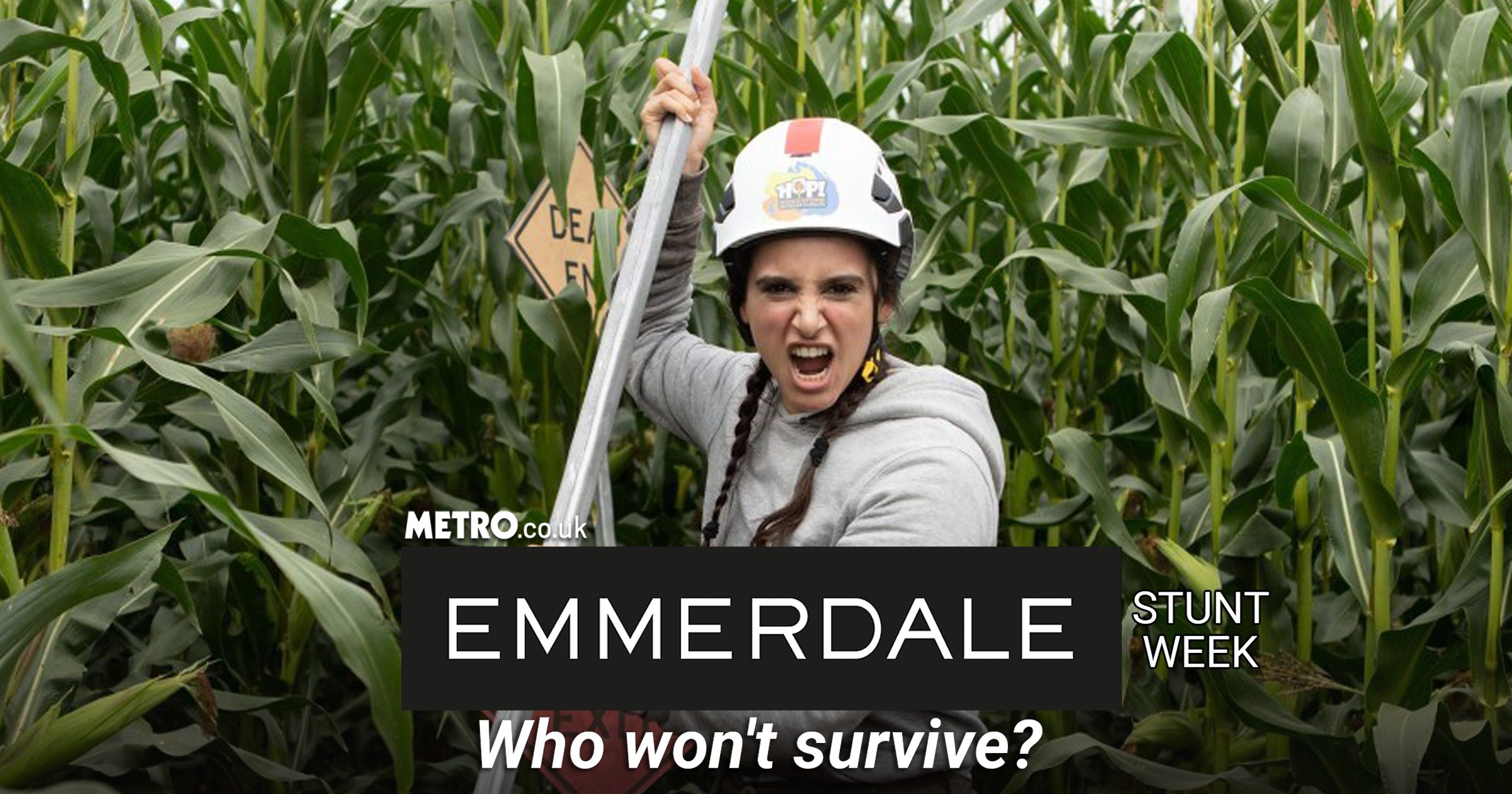 Emmerdale’s teams have been busy – as they have grown a mammoth maze from scratch to be the backdrop of the survival event which will see at least one character die.

And it looks a-maize-ing! Sorry.

It was created and grown under the guidance of designer Duncan Howell and Head of Design Gillian Slight.

The maze which was grown outside the Emmerdale village in Leeds, took five months to grow. Two exact replicas were made with both covering a staggering 100 metres by 100 metres each.

The paths were then plotted with a GPS and had to be cut to absolute accuracy before the maize reached 10 inches.

Then left to grow, the maize eventually reached a height of roughly three metres. The maze will be central to all the drama in Emmerdale’s epic week of episodes due to air later this month.

Producer Kate Brooks explained: ‘We wanted something that was unique to the Emmerdale landscape that also packed a dramatic punch.

The idea of a maize maze really captured our imagination as we felt that it would provide the perfect backdrop for the high-octane drama to unfold. Duncan Howell and his team have done an amazing job of bringing the maze to life’.

Ironic, considering it may well be the scene of a death.

Designer Duncan Howell added: ‘It was a complicated design with lots of different journeys and dead ends but we also needed crew access because it’s a set and we needed escape routes also.

‘I had a model made which I took on the recce with me. I’m really happy with the finished result.’

Who can blame him?

The maze has also been used to film the haunting trailer in which a deathly looking Meena Jutla (Paige Sandhu) is hunting down victims.

Meena has been planning to kill Victoria at the big survival event but when things spiral out of her control, other lives are on the line.

Emmerdale has filmed a total of four stunts but many details remain under wraps.

But one of the disasters include several characters, including David, Victoria, Manpreet and Charles in the depths of rushing rapids, battling against the elements to keep their heads above the water.

Director Duncan Foster, known for the massive motorway pile-up recently told Metro.co.uk that this block of episodes is by far the biggest challenge of his career.

The big week of drama kicks off on Monday October 18 at 7pm on ITV.