Those distributors with new movies this weekend will find they can easily blame any soured performance at the box office on the delta variant and vax cards being required at NYC, San Francisco and New Orleans cinemas.

But, let’s not forget one huge thing: It’s late August and that means it’s the season for lower wattage IP aimed at varying niche demos and kids heading back to school. Historically such factors have never created a stampede at the box office, however, there’s more reason to expect lower ticket sales as two of this weekend’s wide entries are going day-and-date with their studios’ streaming services. This Friday Comscore reports 47% K-12 schools are still on summer break, while 79% colleges are out; that’s down from last week’s respective 67% and 95%.

Disney/20th Century Studios’ Free Guy is expected to continue its reign at the box office with around $14M, -50%, after beating expectations last weekend with a $28.3M debut; hope that the box office is developing a Teflon tendency against the variant. The Ryan Reynolds PG-13 film is up to $34.8M through five-days, which is 33% ahead of the actor’s R-rated mid-August 2017 action title The Hitman’s Bodyguard over the same number of days. Yesterday, Free Guy made $3.5M to Hitman’s Bodyguard‘s first Tuesday of $2.8M. C’mon, that’s great for this marketplace. Here’s the thing, while moviegoing comfortability polls will fluctuate with how negative or positive the headlines are about the delta variant, exhibition and studios aren’t measuring their success on such meters, rather how much they’re making at the box office.

Yes, yes, the entire marketplace isn’t up to standard with continued window experimentation by largely Disney and Warners and 87% of all 5,7K U.S. and Canada movie theaters open. The notion is that once the current total box office weekends are surpassing their respective comparative weekends in 2019, that’s a clear indicator that the domestic box office has returned to form. All films last weekend grossed $74.3M which was -38% from the same exact mid-August weekend in 2019. However, the three wide releases that opened —Free Guy ($28.3M), Don’t Breathe 2 ($10.6M) and Respect ($8.8M)– bested the three wide entries during the weekend of Aug. 16-18, 2019: Good Boys ($21.4M), Angry Birds Movie 2 ($10.3M) and 47 Meters Down: Uncaged ($8.4M). That’s a positive sign, indicative of how studios are seeing specified results from their varying ad spend.

Should Free Guy withstand around a -50% hold (Hitman’s Bodyguard eased -52% in weekend 2), it will indicate that business in the current pandemic environment isn’t so frontloaded, that the number of moviegoers aren’t as finite as perceived.

And for all the noise about how vax cards are poised to nosedive ticket sales: Let’s be quiet, wait and see. We’re not France, and it’s unclear how militant local ordinances are going to be; not to mention if you’re vaccinated, and feel comfortable, you’ll go to the movies. Ball games, concerts, etc are also checking vax cards in NYC.

The true test as to whether pandemic and vax cards can derail the box office will be seen in Disney’s Labor Day weekend release of Marvel’s Shang-Chi and the Legend of Ten Rings. That pic is already poised to rank as the best Labor Day weekend opening off all-time at $45M over four days. The pic is fantastic, played through the roof at its world premiere in Hollywood on Monday, and is bound to overindex and make box office history. Knock on wood.

In regards to the rest of this weekend’s wide entries in order of their ranking after Free Guy, there’s Paramount Pictures’ Paw Patrol: The Movie which will hit 2,800 theaters and the studio’s streaming service Paramount+ on Friday. A high single digits result is expected, however, it could cross into double digits for this toddler-skewing animated title based on the TV series. Sixteen reviews are currently giving the pic 94% fresh. 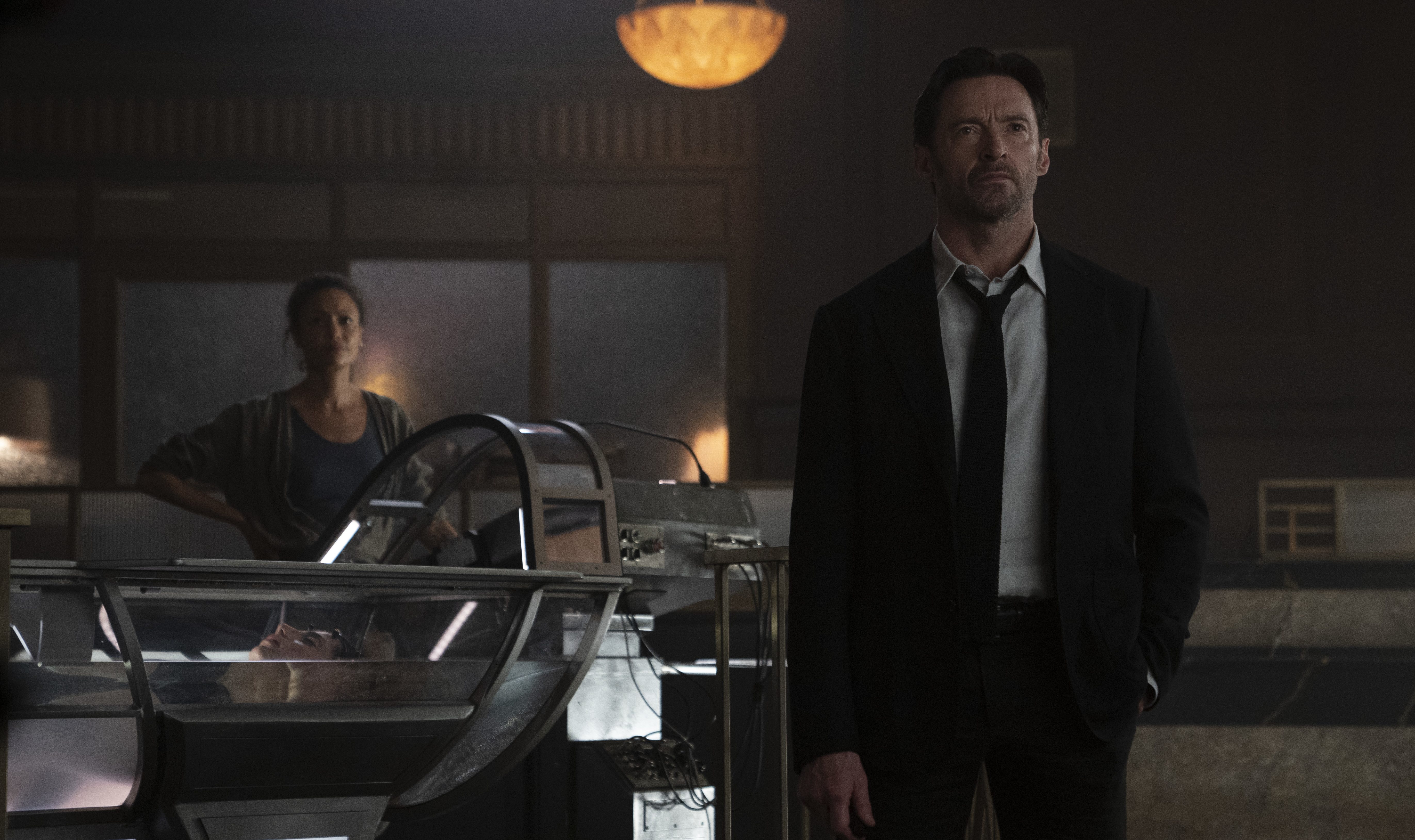 After that, take your pick: it’s either Warner Bros.’ Hugh Jackman-Rebecca Ferguson-Thandiwe Newton futuristic noir romance Reminiscence from Westworld co-creator Lisa Joy, also hitting HBO Max, or Lionsgate/Millennium’s The Protege, the latter estimated to debut around $5M. Reminiscence is currently 48% Rotten from 27 reviews and booked at 3,250 theaters and also Imax, Dolby, PLF auditoriums. Jackman stars as a detective of memories who can peer into and project via hologram his subjects’ previous life experiences. He falls for a femme fatale played by Ferguson and when she goes missing in a dystopian flooded city, he pulls out the stops looking for her with help of his lab partner played by Newton. Adults 18-49 are the coveted demo on Reminiscence. 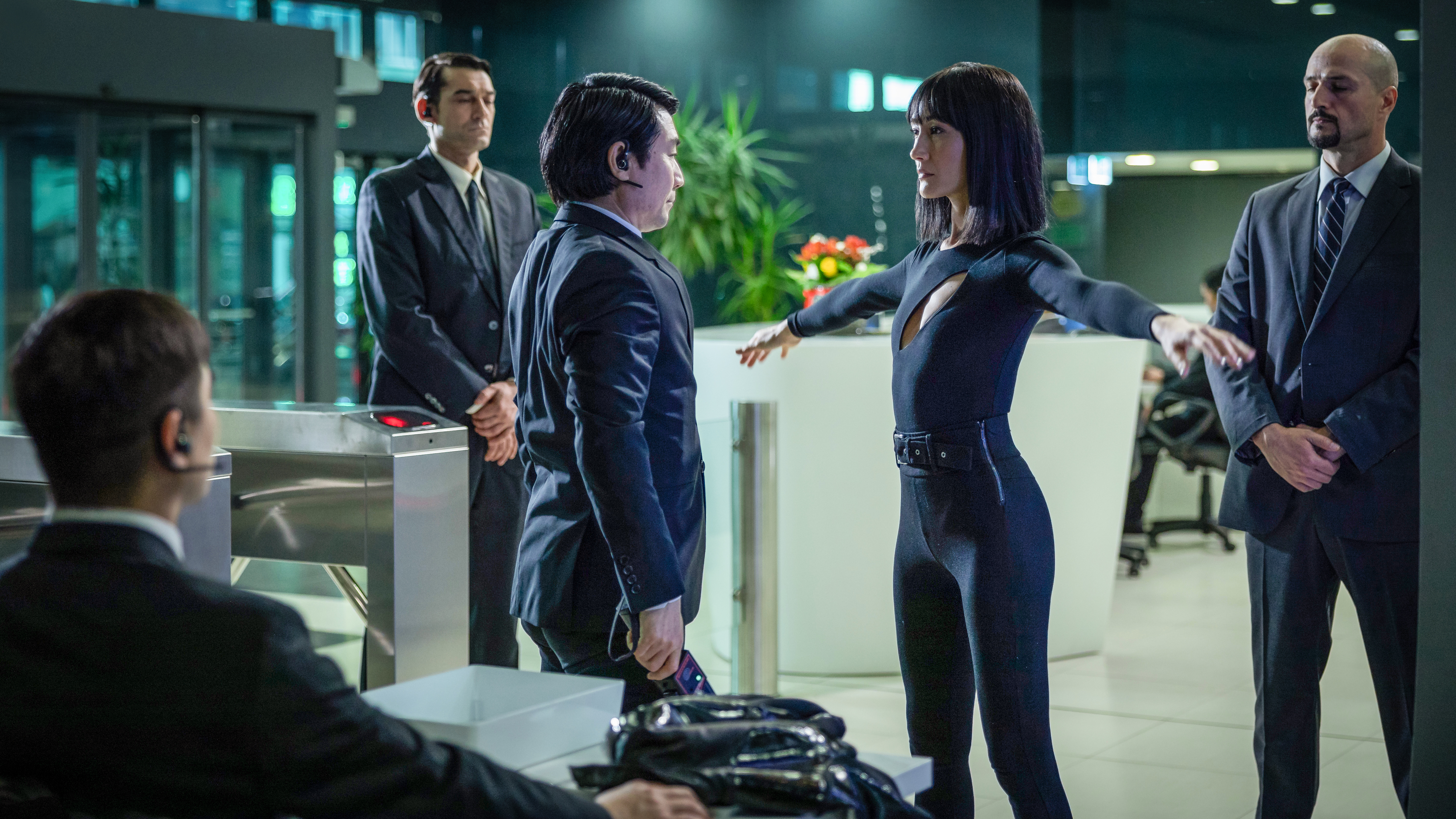 Protege is aimed at older males and Asian audiences, and playing at 2,500 locations. Previews start at 6PM for the R-Rated action title starring Maggie Q, Michael Keaton and Samuel L. Jackson from Casino Royale director Martin Campbell. In Protege, Anna (Maggie Q) is the world’s most skilled contract killer. But when her mentor and father figure (Jackson) is brutally killed, she vows revenge, squaring off with an enigmatic killer (Keaton). No RT score yet. 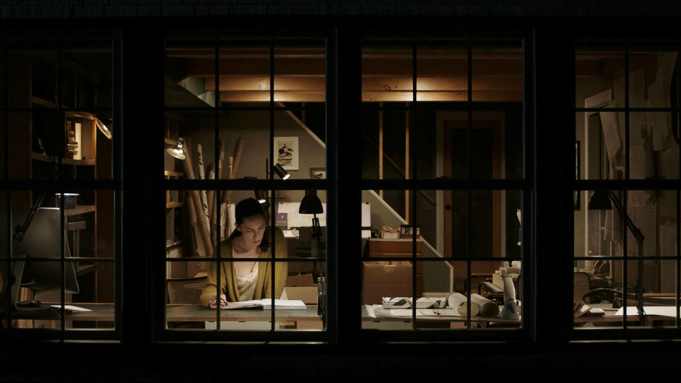 And Searchlight will give at least a 45-day theatrical window to their $12M indie genre pick-up The Night House about a widow, played by Rebecca Hall, who is encountering her husband’s sadistic ghost in their lake shore domicile, and learning offbeat things about him after his death. Searchlight has the pic in 2,150 theaters with an outlook of $2M-$3M. Rated R, showtimes kick off tomorrow at 6PM for The Night House. Older guys and women are the target here. Night House is 90% fresh from 49 reviews on RT.

Jill Goldsmith will have the indie preview later this week.