'Friends' Fans Agree, Rachel Green Was the Character Who Grew the Most

It’s been 27 years since Friends premiered. At the time, the show seemed like a simple, easy sitcom to sink into. In a lot of ways, it was just that. When you look at the series as a whole, though, it was way more than that. The development and growth of the characters, in both good and bad ways, drove the show forward and kept fans coming back for more. It is easy to see which character had the most development and growth when looking back at the pilot and the Friends finale. Fans largely agree that Rachel Green changed the most. She went from a spoiled daddy’s girl to a self-sufficient businesswoman.

How old was Rachel Green when Friends began?

The age of the Friends characters at the start of the series and the end is a little confusing. It seems like the writers didn’t always factor in pre-existing facts into their writing. Still, we can figure out a general age for Rachel. In “The One Where They All Turn Thirty,” Rachel turns, you guessed it, 30. The episode aired in 2001, seven years after the series premiere. Given that information, Rachel should have been 23 years old in the pilot episode. 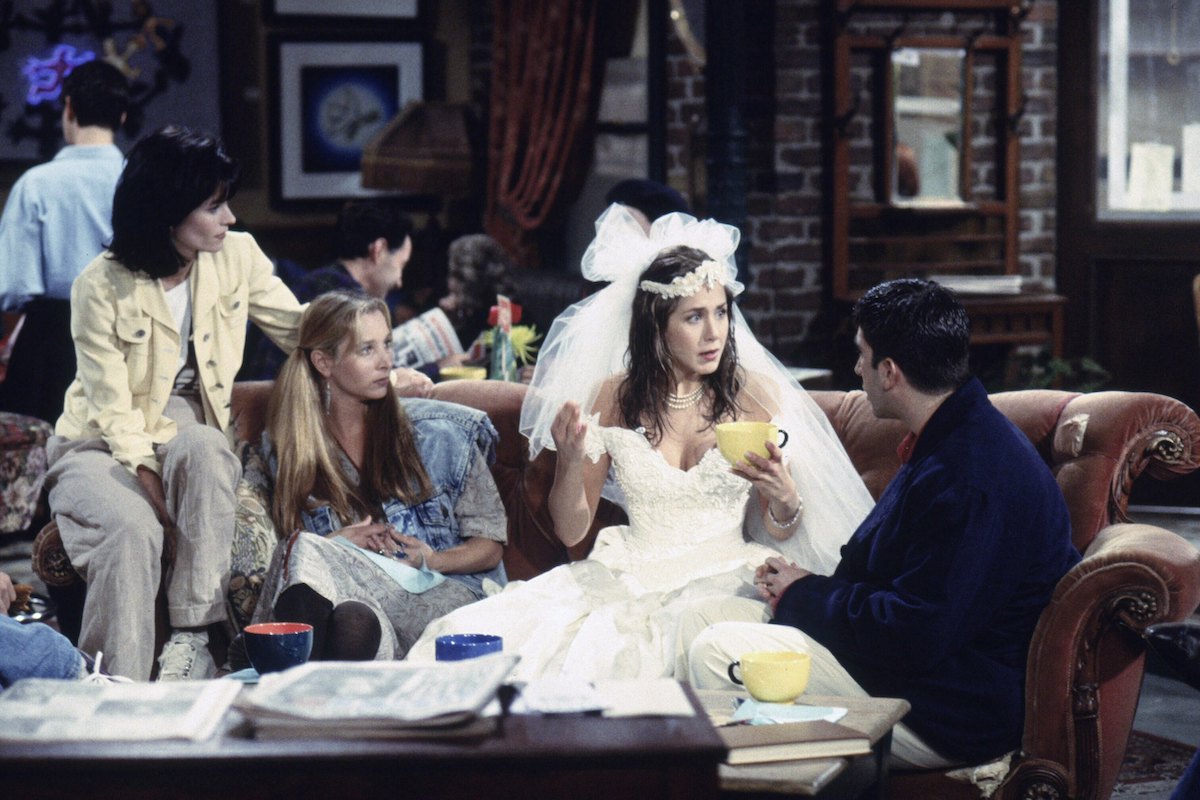 There is a little problem with that, though. In the first season of Friends, Monica Geller consistently states that she is 26, which means Ross Geller should have been about 28. Rachel and Monica were classmates, so they should be around the same age, give or take a year. Based on other clues throughout the series, we can assume that Ross was 27, Monica was 25, and Rachel was 24 when the show started.

Rachel at 23 was much different than the 33-year-old Rachel, who ended the series by coming back for her true love after being offered a once-in-a-lifetime job opportunity. She, at 23, was a spoiled Daddy’s girl who didn’t understand what having a job meant and had no idea what taxes were. When she stumbled into Central Perk, she was selfish and demanding. As season 1 wore on, the entitlement started to wear off, but she was still pouty and difficult when she didn’t get her way.

By the end of the series, Rachel was not only self-sufficient, but she was a thriving professional and mother. Fans can argue that Rachel was also the character who had to do the most work to get to where she was. Rachel had the comeback story of the century when you look at it that way. While Phoebe Buffay and Chandler Bing had difficult upbringings, neither were coddled nor babied into extended adolescence. Rachel was, so when she chose to leave Barry, she had a lot of catching up to do to get on the same level as her peers. She did that, and then some.

While many Friends fans agree that Rachel grew and changed the most during the show’s 10-season run, some think Chandler had the most development over time. His growth was just a bit more subtle. Because the character development was more subtle and directly tied to his romantic relationship with Monica, it doesn’t always get the credit it deserves. Still, Reddit users argue his growth was more substantial than Rachel’s development.

Let’s take a look at it, though. In season 1, Chandler is financially stable but incredibly emotionally immature. He’s also extremely insecure and fails to see his romantic failures as a reflection of his emotional immaturity. While his quips are funny and well-timed, they are often used to mask his deep insecurity and childhood trauma. By season 10, not only is he a good husband but he’s matured professionally. Chandler had also grown into someone trustworthy and thoughtful. Admittedly, he’s less funny and far less sarcastic, but that’s indicative of his growth, too.