EVERYONE changes after 10 years, there's no denying that.

Some people gain weight, others lose it. Some dye their hair and others change the way they dress and act. And celebrities are no different.

Fans have seen some of their favorite celebrities grow in front of the cameras, either because they were part of a reality TV show that followed their family's life or because they grew up acting.

And although fans remember what these celebrities looked like when they first stepped into the limelight, seeing them side by side is an eye-opener.

Here's a close look at how these celebrities have changed in just ten years. 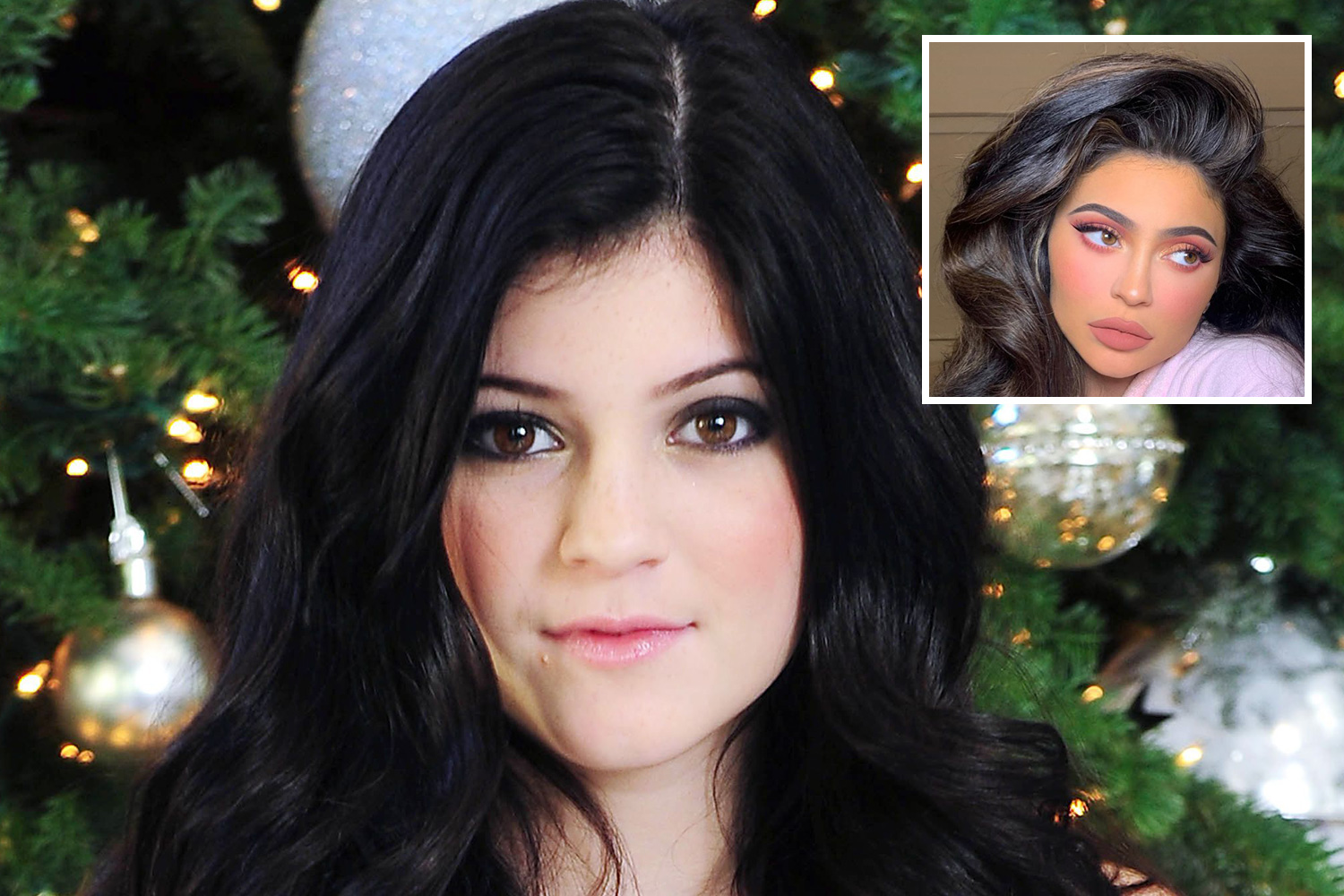 Fans first caught a glimpse of Kylie in Keeping Up With the Kardashians.

Back then, the 12-year-old sported black liner and rosy cheeks. She was also seen pulling pranks on her older sisters in the show and was experimenting with highlighting her hair.

She would go on to launch her first clothing collection with sister Kendall in 2013.

Today, Kylie is the youngest self-made billionaire with her very own cosmetic empire, Kylie Cosmetics.

She has a one-year-old daughter with rapper Travis Scott and flaunts her extravagant lifestyle on social media.

She is almost unrecognizable from her 12-year-old version after admitting she got lip fillers at 17 due to feeling insecure about her look. 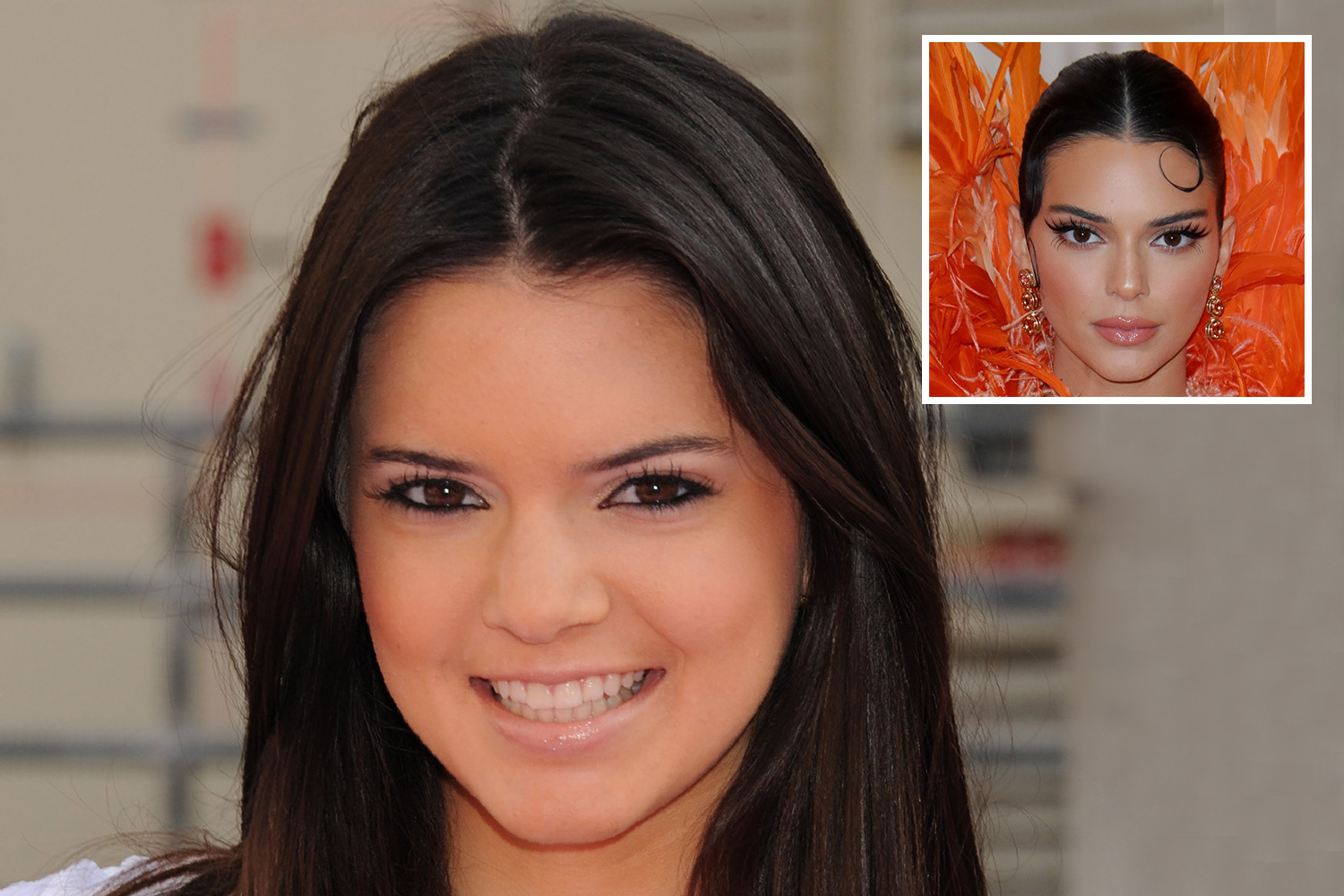 Like Kylie, people first met Kendall as the daughter of Bruce Jenner and Kris Kardashian on Keeping Up With the Kardashians.

The 14-year-old was currently filming season 5 of the show and had just started her modeling career.

In an interview with Jimmy Fallon, Kendall said that she knew she wanted to be a runway model when she was 14.

Today, she's one of the highest paid models in the worlds with deals from Victoria's Secret, Calvin Klein, Estee Lauder, Marc Jacobs, Fendi, and Kar Lagerfeld. 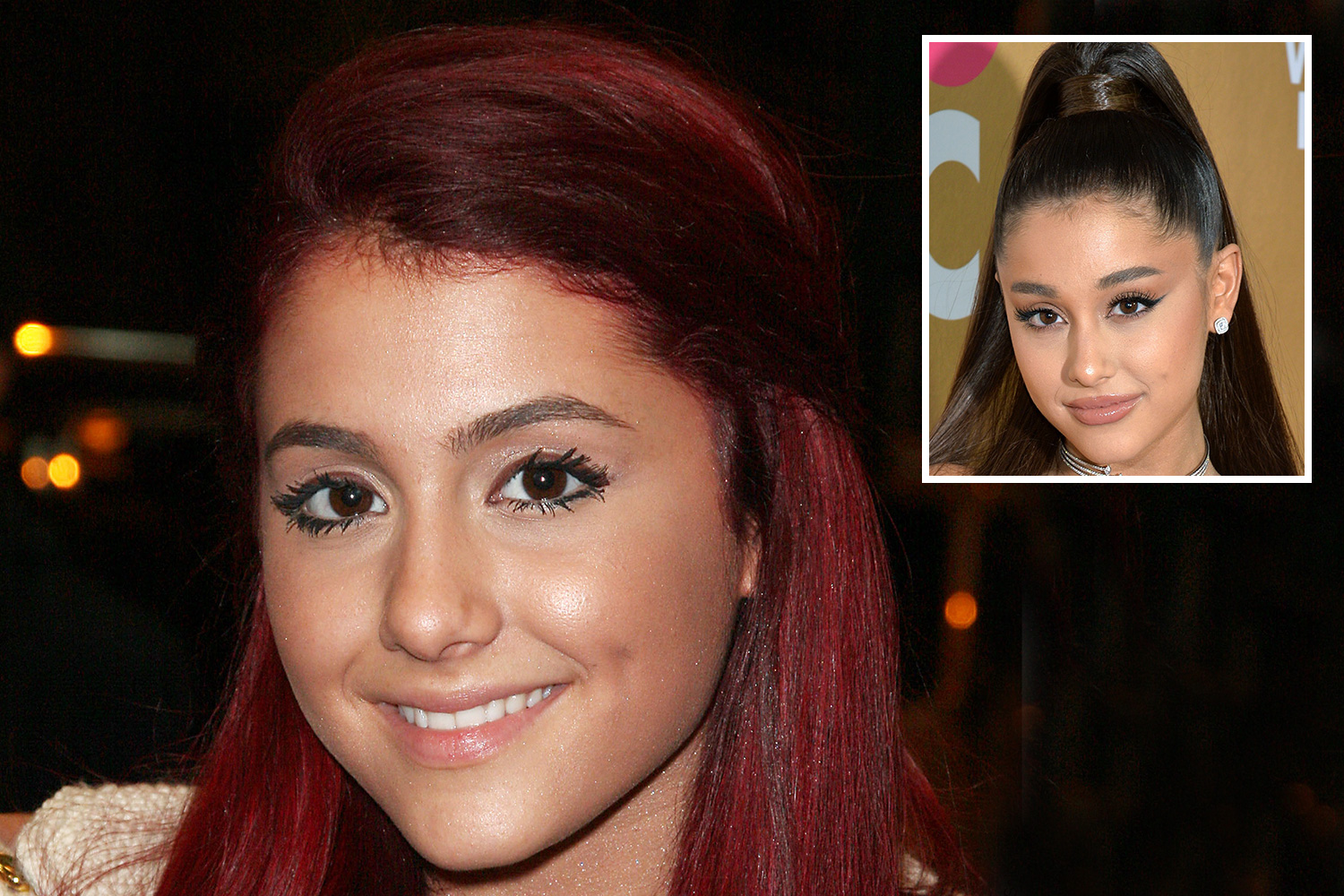 The 26-year-old Grammy award winner first stepped into the limelight in 2010 when she landed a role in the Nickelodeon series Victorious.

Back then, Ariana sported red straight hair and heavy black eyeliner. She also spoke in a much higher voice because of her Victorious character.

By then, she was already showing how great of a singer she was.

In 2013, she dropped her signature red hair and released her first solo album called Yours Truly.

Throughout the years, she's been linked to rappers Big Sean and Mac Miller (before his passing in 2018, a couple of months after they broke up).

She was then engaged to comedian Pete Davidson in June 2018 after one month of dating. They broke up in October 2018. 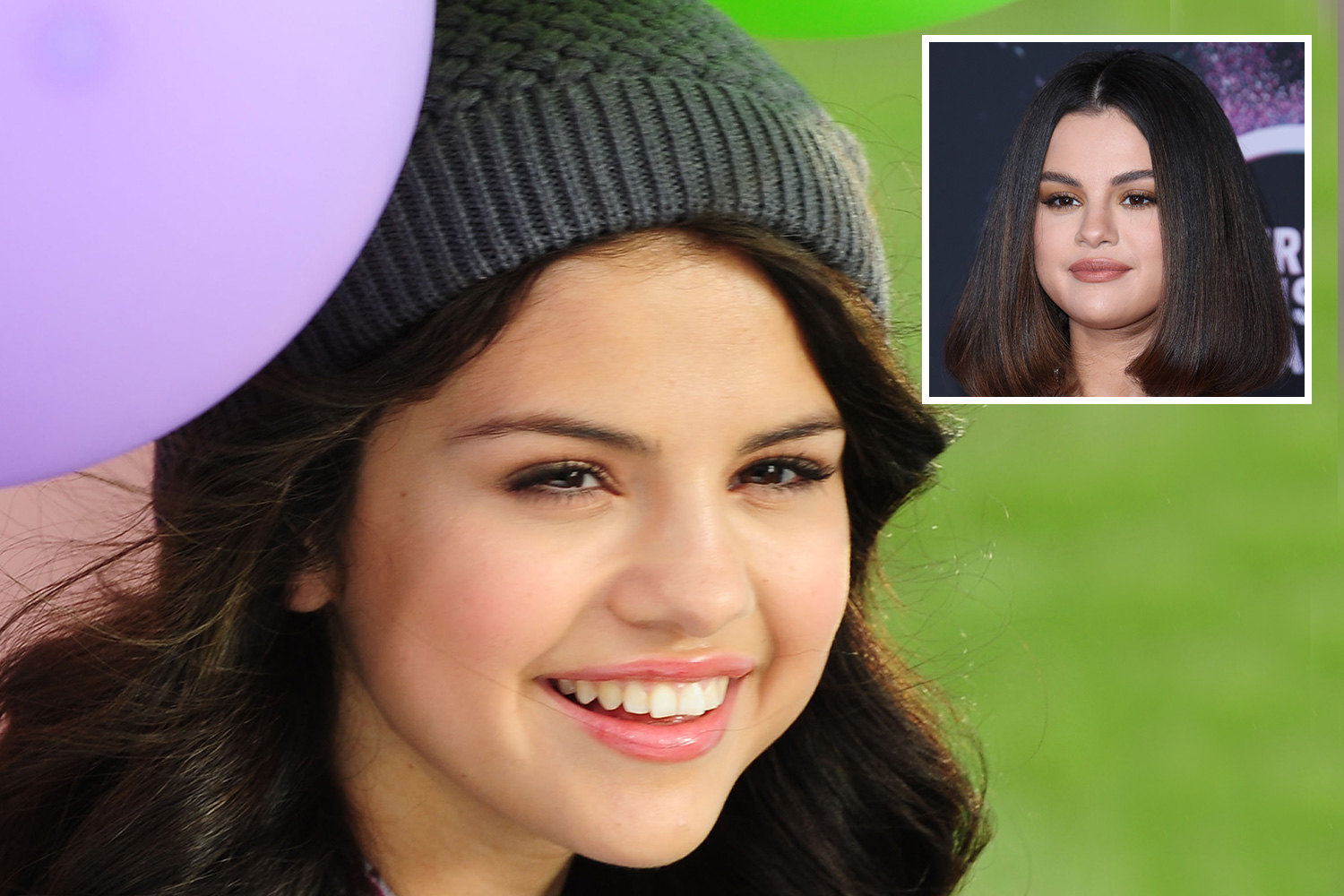 Selena first appeared on television as one of Barney's friends back in 2002.

But fans didn't get to know her until she reached Disney fame and appeared on shows like Hannah Montana and Wizards of Waverly Place.

It was also in 2010, almost ten years ago, that she was first spotted with Justin Bieber.

They dated on and off for over 8 years before he married Hailey Baldwin.

Between 2012 and 2014, Selena was diagnosed with lupus and pulled away from the spotlight to focus on her health.

To this day, Selena has released five studio albums and will release another one in early 2020.

The 27-year-old singer and actress recently stepped back into the music scene after a four year hiatus. 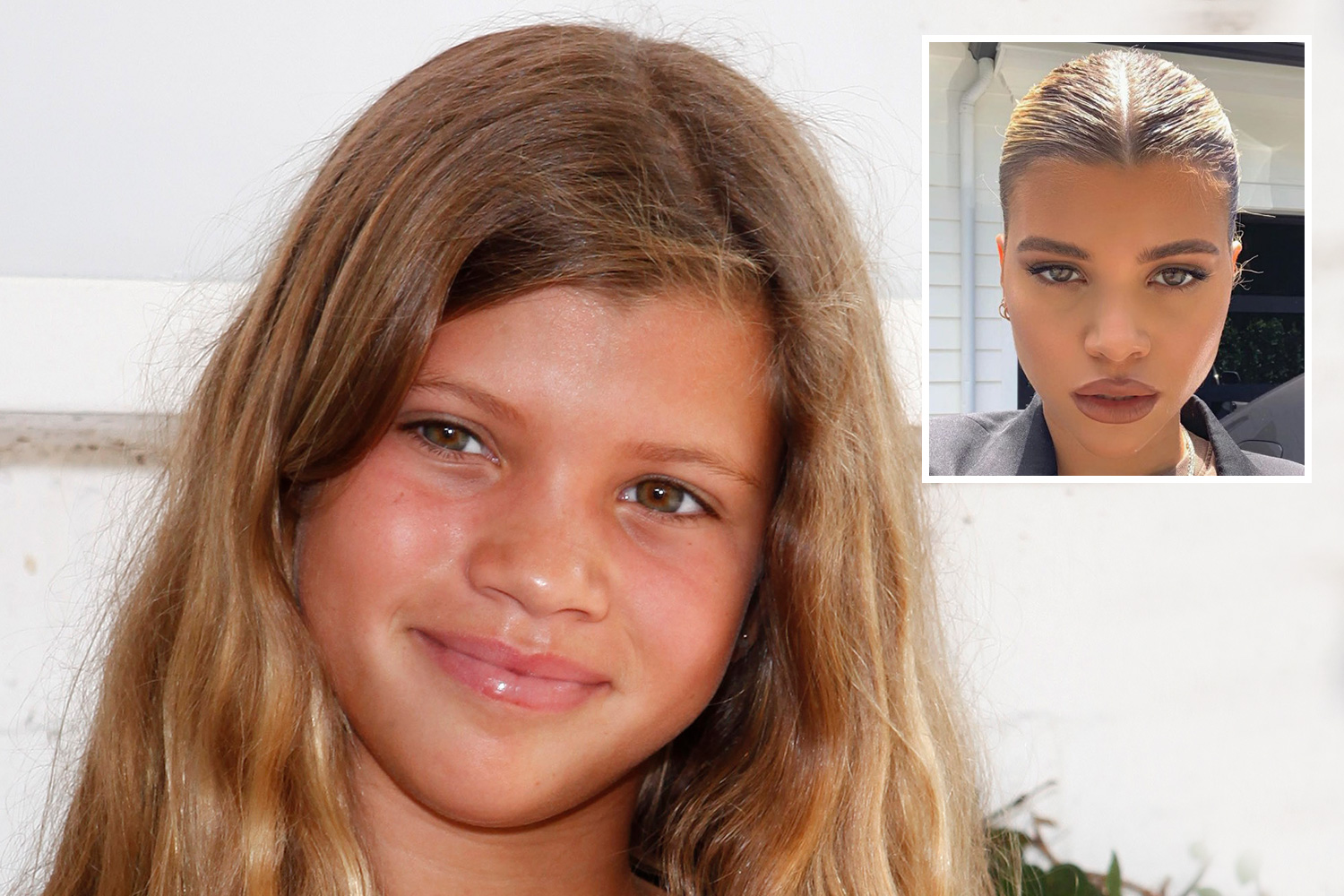 Fans might remember her as a blonde pre-teen who liked to sing and would often join her father on stage.

She then moved away from the music scene and began modeling after being featured in Teen Vogue.

It wasn't until 2016 that she walked the runway. She's walked for brands like Chanel. Dolce & Gabbana, Fendi, Michael Kors, and Adidas.

In 2017, she joined the Kardashians family when she started dating Scott Disick, the father of Kourtney Kardashian's three children. 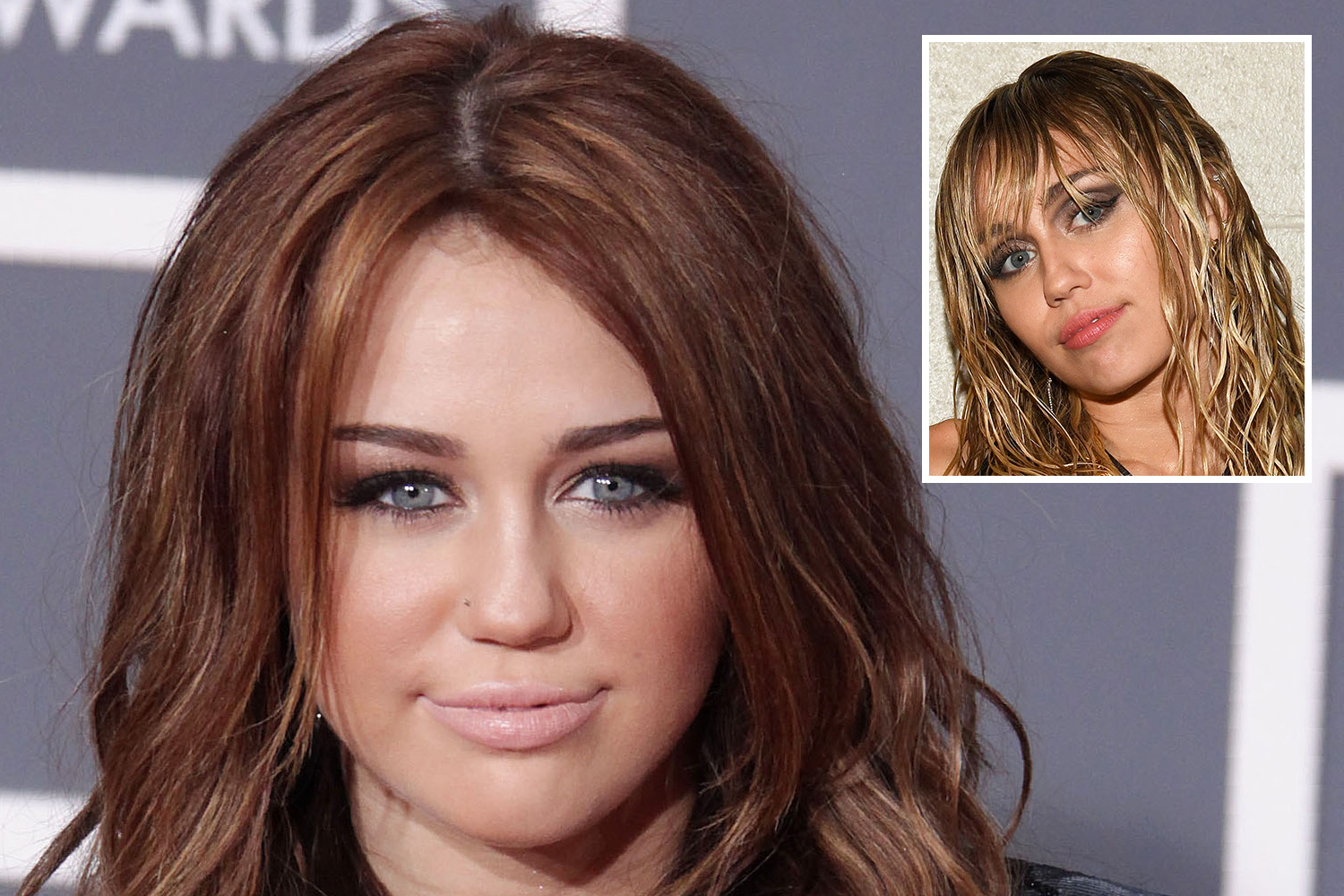 Miley Cyrus is another celebrity that gained popularity because of Disney Channel.

Many might remember her as Hannah Montana, a Disney character who would hide her celebrity status because she wanted to be a "normal" teenager.

But it was around 10 years ago that Miley decided to break away from her Disney persona and launch her solo career with Party In the USA.

She grew out her hair, dyed it a chestnut color and started working on her collection of tattoos.

It was also around this time that she first started dating now-estranged husband, Liam Hemsworth.

After two years of dating, the two got engaged in 2012 but broke it off the following year.

Miley would then make headlines due to her partying ways, coming out as pansexual and her multiple relationships.

She and Liam got back together again in 2016 and got married in December 2018.

Liam then filed for divorce in the summer of 2019 and Miley then started a relationship with singer Cody Simpson.

Today, Miley is 27 years old and sports a shaggy bob, multiple piercings, and over 50 tattoos that range from intricate designs to small tributes to her pets. 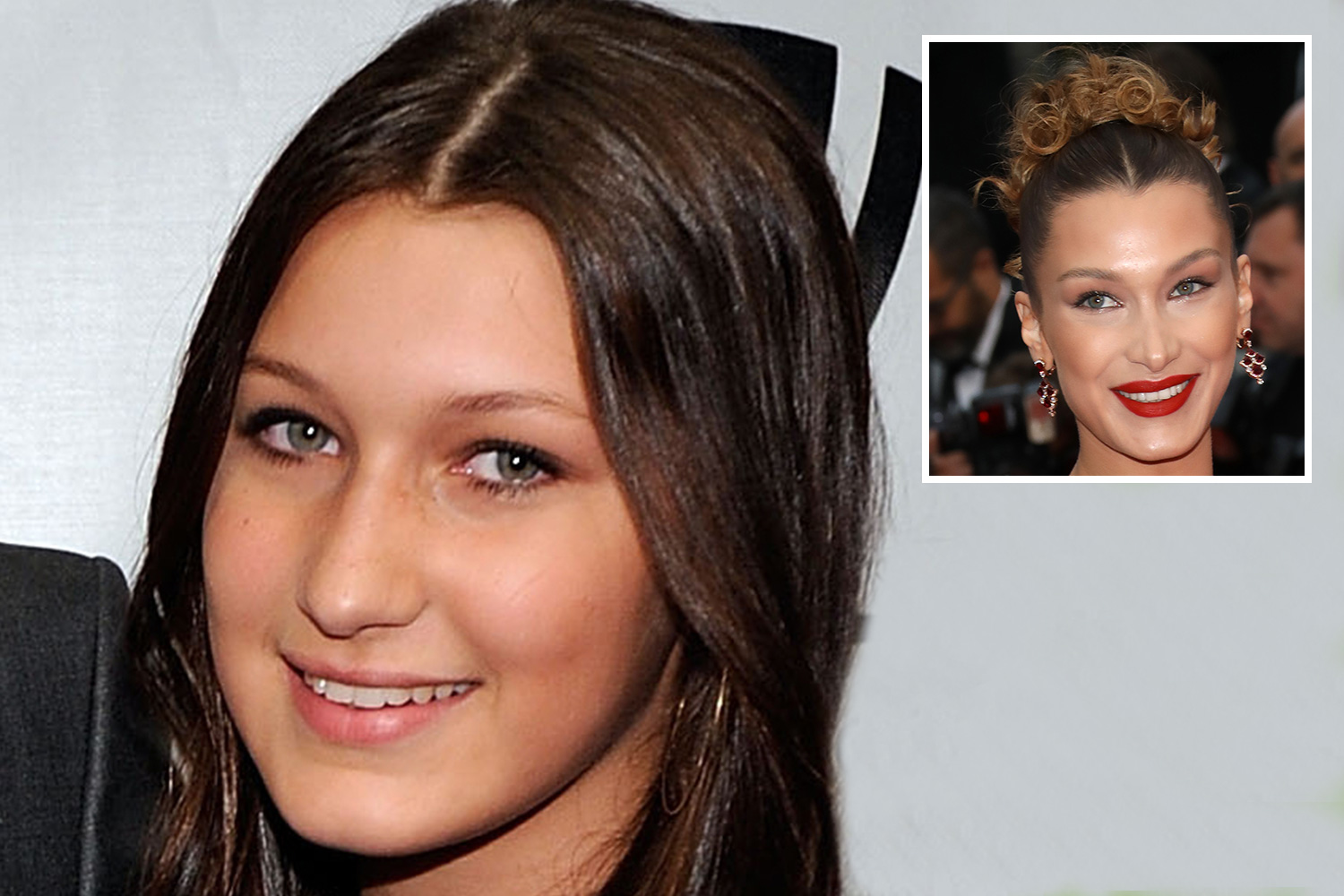 Bella Hadid, 23, is now known for her amazing modeling career and great looks, but people first got to know her as the daughter of Real Housewives of Beverly Hills' Yolanda Hadid.

Her sister is Gigi Hadid, who was the first one of the two to enter the modeling world.

Growing up, Bella was an equestrian and had dreams of competing in the Olympics, but had to give them up after being diagnosed with Lyme Disease, a disease she shares with her mother and younger brother.

While studying photography in New York City, Bella was signed with IMG Models in 2014.

That same year, she was arrested for driving under the influence and was given six months probation.

She made her runway debut in 2014 and has since walked for Victoria's Secret, Givenchy, Miu Miu, Marc Jacobs, and many more.

The model began dating the Canadian singer The Weeknd in 2015 and the two have been on and off again for the past four years.