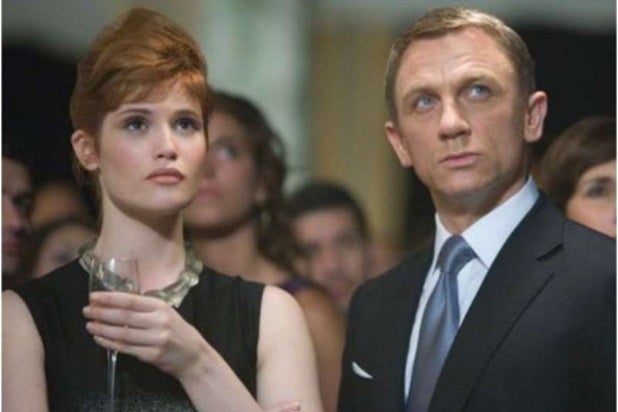 Gemma Arterton and Daniel Craig in ‘Quantum of Solace’

Twelve years after she starred opposite Daniel Craig’s James Bond in “Quantum of Solace,” Gemma Arterton has expressed some regret over her breakout role.

In a new interview with The Sun, Arterton said she still gets flak for playing MI6 agent Strawberry Fields in the 2018 blockbuster.

“I still get criticism for accepting ‘Quantum Of Solace,’ but I was 21, I had a student loan, and you, know, it was a Bond film,” she said, adding that she was “poor as a church mouse” when she took the role.

“But as I got older I realized there was so much wrong with Bond women. Strawberry should have just said no, really, and worn flat shoes,” she continued, referencing the “Quantum of Solace” scene in which Bond seduces Strawberry in a hotel room.

This isn’t the first time Arterton has gotten candid about her Bond experience — earlier this year, she told The Telegraph that she would never again accept a role like Strawberry Fields.

“You know, I haven’t seen it for about 15 years either, so I can’t really remember what’s in it or what I did, but I know I wouldn’t choose a role like that now,” she said. “Because she was funny and she was sweet, but she didn’t really have anything to do — or a backstory.”

“No Time to Die” will see 007 get pulled out of the retirement he was starting to enjoy at the end of “Spectre” after a visit from his CIA friend Felix Leiter (Wright). When Felix needs help locating a kidnapped scientist, Bond once again sets out on a deadly mission that brings him face to face with a masked foe named Safin (Malek).

END_OF_DOCUMENT_TOKEN_TO_BE_REPLACED

END_OF_DOCUMENT_TOKEN_TO_BE_REPLACED
We and our partners use cookies on this site to improve our service, perform analytics, personalize advertising, measure advertising performance, and remember website preferences.Ok