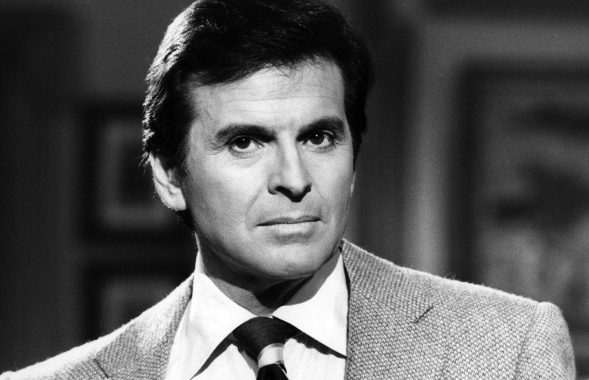 The actor was best known for playing Dr Alan Quartermaine on the US soap, a role which spanned three decades.

‘His legacy lives on through GH and all the lives he touched and all those who loved him. He will be missed.’

Damon’s son Christopher confirmed his father’s death to Los Angeles station ABC7, and said Damon had suffered from renal failure for a number of years.

Christopher said his dad’s favourite place to be was the set of General Hospital, saying: ‘He loved playing Alan and was always so appreciative of that role and that job. It was his passion.’

General Hospital stars have paid tribute to Damon on social media, with Amber Tamblyn, who played Alan’s adopted daughter on the show, tweeting: ‘Broken hearted to hear of the passing of Stuart Damon. He played my adopted dad on General Hospital for 7 years and he was the most kind, wonderful, loving, supportive person. He always made me laugh and made me feel safe on set. I love you, Stewy. Rest well now, my friend.’

Prior to his life as a soap star, Damon got his start in Broadway and off-Broadway shows including The Boys From Syracuse, Irma La Douce and Do I Hear a Waltz?

At the same time, he starred as the Prince in the 1965 TV production of Cinderella, which also starred Ginger Rogers.

Damon moved to Britain in the 1960s and starred on a string of series including The New Avengers, The Champions and The Saint, before he returned to the States and bagged his most famous role in General Hospital.

Since his character’s death, Damon appeared in a number of other soaps, including Days of Our Lives and As the World Turns.