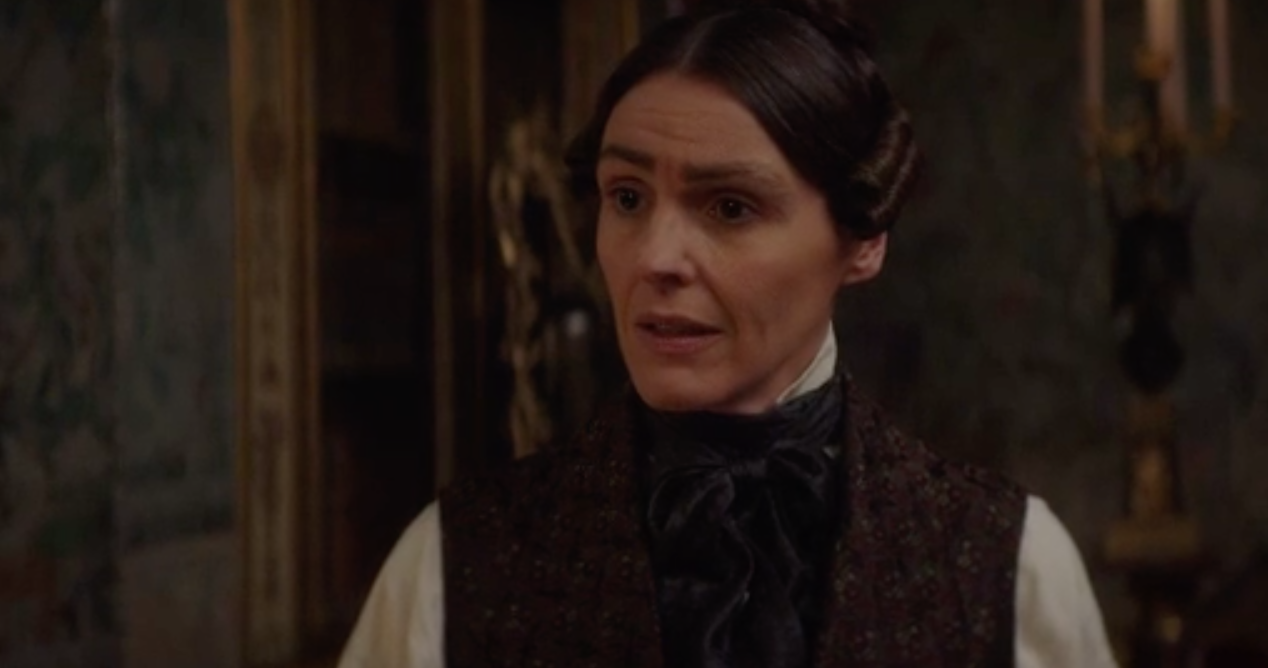 Gentleman Jack fans saw Anne Lister finally give in and pay a visit to old flame Mariana Lawton, who had some home truths to deliver – but what’s next for the former couple?

In recent weeks Lister (Suranne Jones) and wife Ann Walker (Sophie Rundle) have been trying to navigate their lives as newlyweds.

But things haven’t been quite as straightforward as they might have hoped, as they plan to make a home together.

Amongst other complications, Lister’s former love interests have been popping up, from Tib (Joanna Scanlan) to Mariana (Lydia Leonard) – both casting doubts on her new relationship.

However, with Walker still struggling to get what she wants – as her family continues to disapprove of her decisions – and Lister now being swayed into seeing Mariana, there is plenty more to try and get through together just yet.

But will the couple manage to get through newfound battles, as their secret love is on the brink of being exposed?

Last week, we briefly saw Walker’s heavily pregnant sister Elizabeth (Katherine Kelly) on-screen, amid the former trying to get her share of the estate signed over.

Tonight, she revealed: ‘Elizabeth has delivered a fine thumping boy, mother and baby are both doing well. He is to be christened John after my brother.

’No mention on the division of the estate, it’s been how many weeks since I wrote? It’s not even mentioned,’ Walker sighed, hitting the booze.

Her wife tells her ‘steady on’ as she unleashes her frustrations, with Walker adding: ‘I’ve just been ignored, why do people think they can ignore me… do they think I’m invisible?’

Lister responded: ‘You are not invisible, people need educating, today was a triumph, the truth is showing people what it is, not some bitter tittle tattle, and if it becomes necessary we shall employ Mr Parker, they won’t ignore a man of law.’

Will Ann manage to get her fair share of the estate she wants so much?

So far, we’d yet to see the pair reunite, which will be the first time since Lister’s marriage to Walker.

Mariana wrote once again, to request Lister came to visit: ‘Dearest Fred, I don’t think you understand the misery of indecision I felt when I drove past Shibden. Whilst I do not yet feel able to meet your little friend – although I hope in the fullness of time that will change – I do regret very much I did not see you.

There are things between us that are still to say, some things are perhaps better left unsaid but at the same time, could Ms Walker spare you for one or two nights to visit me in Lawton?’ she asked – something which Lister later obliged.

But ultimately, will they get what they both want out of their ‘unfinished business’?

Will Anne Lister and Ann Walker actually be able to hide their true relationship?

Last week, the pair’s romance was witnessed by two of the youngsters at Crow Nest, who of course, have gone on to tell the news to others.

Eliza (Emma Wrightson) is upset because her friend Henry (Dexter Hughes) has been banned from seeing her, but his mum soon makes it clear to Mr Washington (Joe Armstrong) why this is.

‘They’re in one big room with curtains and painting gold furniture, apparently, they heard Ms Walker and Ms Lister, must have arrived unknown. Eliza’s suddenly telling him to hide. They got shut in this room hiding behind a cupboard… he wet himself he was that frightened.

But what could happen if their relationship is spread publicly in Halifax?

What has happened to Ben?

Suzannah has become unhappy living with Thomas and his family, especially his uncle Ben (Anthony Flanagan), who viewers have seen raise concerns over the disappearance of his brother Sam, Thomas’ abusive father.

But now it’s Ben who’s nowhere to be seen and with Mr Washington probing his daughter Eliza tonight, it seems there are definitely some secrets still to come out.

He’s gone, yesterday for good,’ she told him, with her father replying: ‘Alright, well if he comes back, you come and see me, alright? If Thomas can’t deal with him, I can… where’s he gone?’

‘I don’t know, I don’t care, he’s just… gone,’ before viewers saw Thomas threatening his mother who was asking the same question – but is Ben still alive and well? Or has he met a sinister end?

Anne and Mariana finally reunite – but things are frosty

With her wife’s blessing, Lister travels to see Mariana once more, but she doesn’t get the warm reception she hopes for, with the latter revealing: ‘I’m wretched, I almost couldn’t face coming to see you.

‘You’ve got no idea what you’ve done to me… you’ve destroyed me. You misunderstood me on the way back from Hastings. I can’t eat, I can’t sleep, I’ve got dizzy spells,’ she told Lister.

Mariana went on to claim her former lover is ‘not in love’ with her new wife: ‘The way you write about it in your letters, I know when you’re not in love and this isn’t it… you’ve destroyed me and you’re not even in love.’

Could this reignite something in Lister she forgot was truly there all along? And ultimately, who will she choose?

Gentleman Jack continues on Sunday at 9pm on BBC One.