SAS: Who Dares Wins' Justine shouted at by Ant

During the latest instalment of Channel 4 programme, SAS: Who Dares Wins, former special forces officer Ant Middleton really put the remaining recruits through their paces in what could have been their toughest challenge yet. The episode saw the remaining men and women battling against each other in the murderball challenge. However, it seemed particularly difficult for the programme’s youngest recruit who suffered the wrath of Ant during the task.

“This could possibly be your toughest day,” Ant told them before explaining what they had to do.

“All of you are going to need each other and that is why I’m going to be putting you in teams.

“Number three, come out here and stand there. You are the team leader for Team Alpha, is that understood?

“Number four, two metres behind her. You are the team leader for Team Bravo.” 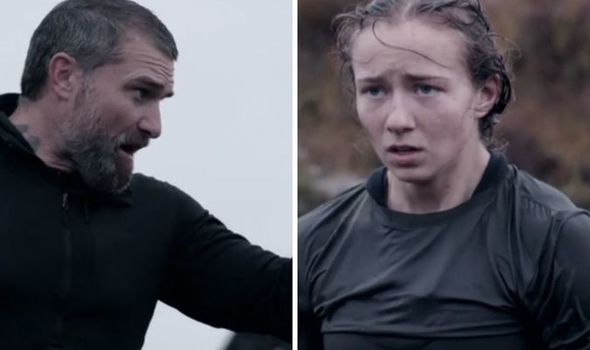 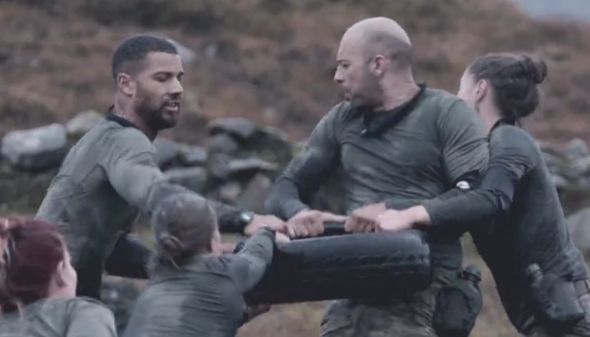 Each team leader then proceeded to pick which recruits they wanted in their teams before taking on the Murderball challenge.

Speaking to the camera afterwards, Ant explained: “If you can’t lead a team, not only are you a danger to yourself but you’re a burden to the team.”

The two teams began the task by running through a muddy bog before Jason Fox directed them where they needed to go. 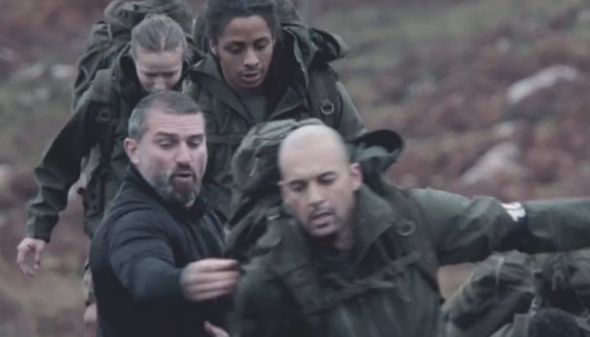 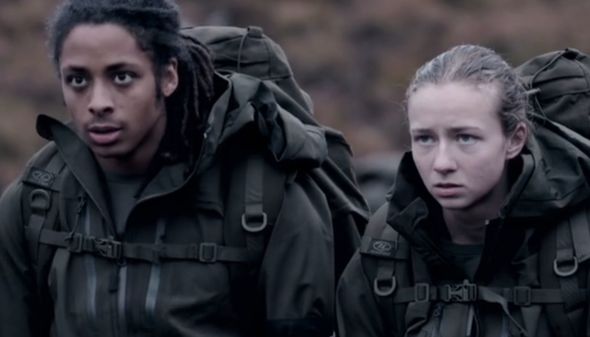 “You’ll drop your Bergens and your Bergens will basically be your goal line,” he continued as he shouted: “Come on let’s move.”

Each team then had to fight for possession of a tyre which was located right in the middle and whoever got to it first had to drive it across the opposing team’s finish line.

As the challenge got underway, Ant could see that number three, Justine was struggling.

“Number three, get a grip of your team,” he shouted. “otherwise I’ll come over there and get a f***ing grip of you, do you understand?”

After getting a grilling from Ant, Justine seemed to find her fighting spirit and battled through the challenge.

However, her telling off from Ant didn’t go unnoticed by viewers as many took to social media to praise how brave she was.

One viewer tweeted: “Number 3’s composure bravery and courage is stealth for someone who is only 18 years old. Justine really does have balls of steel.” (sic)

“No.3 is a machine I am in absolute awe of her,” another praised as a third added: “Number 3, just 18 years old, so impressive.”

A fourth penned: “Really rooting for Number 3, the 18-year-old girl. Keep it together. Come on you can do it.” (sic)

“So good to see a young woman absolute boss it, go on ahead number 3,” a sixth said.

Other viewers couldn’t help but notice how brutal the challenge was.

“Omg this challenge is so challenging. Very brutal if you don’t get it right,” one noted. (sic)

Another tweeted: “This show is so brutal it’s probably why I love it so much tbh with you.” (sic)

SAS: Who Dares Wins returns on Sunday at 9pm on Channel 4.