Ghosts is more than delivering on TVLine’s request that Jay get involved in the supernatural hijinks on the hit CBS comedy.

In this Thursday’s fall finale (airing at 9/8c), a freak set of circumstances allow Hetty to accidentally possess Sam’s husband (and give his portrayer Utkarsh Ambudkar a chance to shine). While Hetty and Jay are battling for control of his body, Sam and Jay’s friends decide they want to have their wedding at the estate and send a renowned wedding planner (played by Veronica Mars vet Enrico Colantoni, who also appeared on iZombie opposite Ghosts star Rose McIver!) to scope out the property. 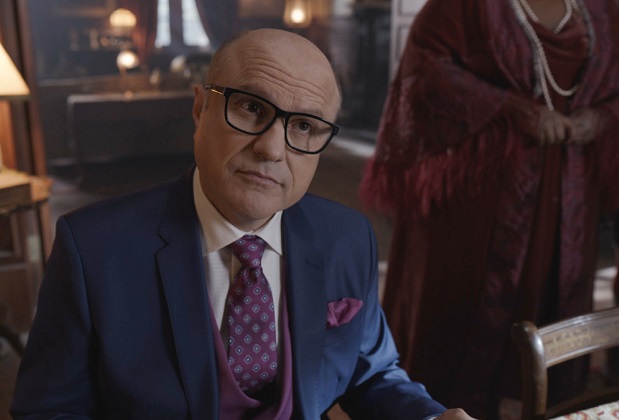 In TVLine’s exclusive sneak peek, Jay must impress Colantoni’s character with a fancy feast, but Hetty takes over at the most inopportune of cooking times. Now that she can taste food for the first time since the 1800s, Hetty can’t get over how “divine” Cheetos are (we can’t blame her) and doesn’t want to let go of her new host body.

“For the first time in over 130 years, I’m actually living, Sam, and I won’t let you take that away from me!” Hetty exclaims (via Jay).

So what’s Sam to do to get her hubby back? Press PLAY above to watch the video and find out. Then hit the comments with your thoughts on Jay-as-Hetty!